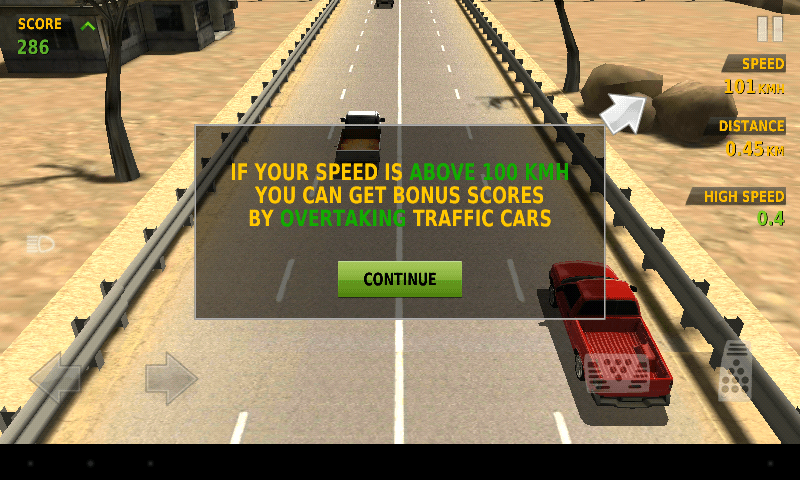 Traffic Racer is a simplistic, yet addictive endless racing game that nails down the feeling of reckless speeding through the traffic maze.

Truth be told, I overlooked this game the first time I spotted it on Google Play because of the gazillions of racing games that all look and play alike, with different degree of irritation they cause due to intrusive in-app purchase, buggy performance or Internet connection requirement. I gave Traffic Racer a second look when I saw someone else playing it, and immediately it became evident – the game deserves a say.

This endless-runner-racer-arcade manages to do what very few free titles accomplish to merge together – addictive and simple game-play, attractive design and a just balance of being able to earn in-game cash or buy upgrades via IAPs. 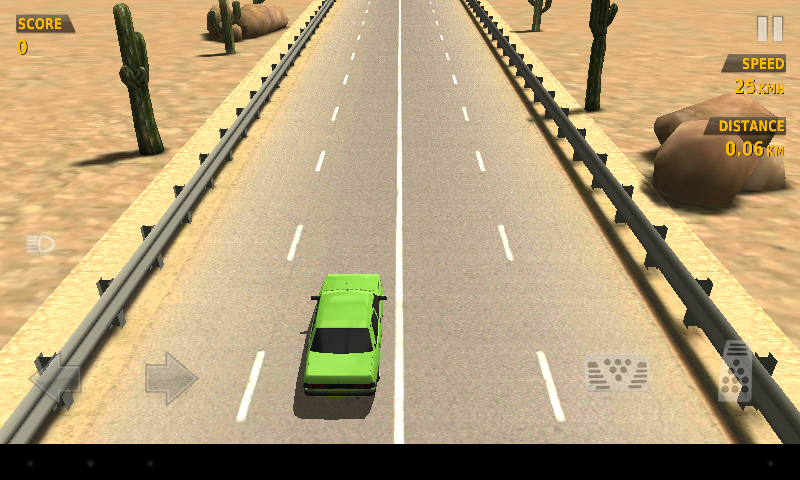 The core appeal of Traffic Racer is it hits that sweet spot most players have when they play racing games – the urge to peel rubber, rev up, hammer on or nail it, whatever you call it, with no restrictions. There is no Police, no traffic lights, no turns to the highway, while the occasional collision won’t cost you much, unless you crash to death, in which case you need to start over.

As plain as the game may look at a first glance, it is surprisingly atmospheric and engrossing, and you will feel like a crazed Hollywood hotshot screeching tires as you maneuver among the cars that seem to intentionally crawl like snails. 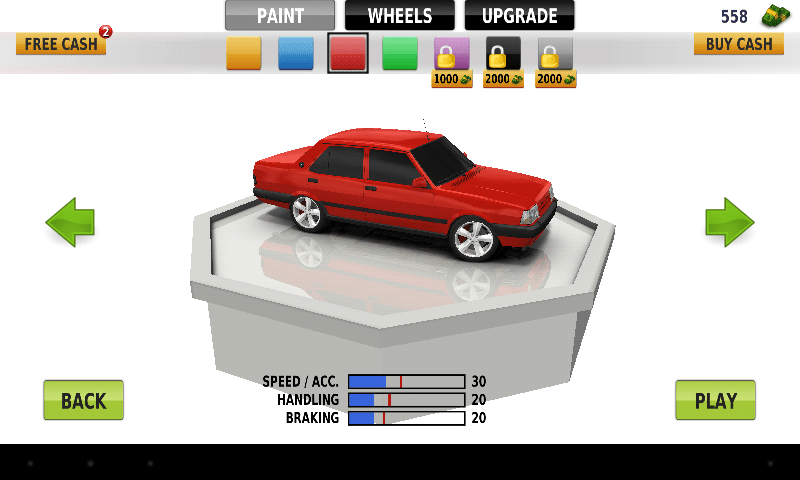 At the beginning, you have a car, a limited choice of colors and tires, and it’s up to you how you want to go from there – buy more cars via in-app purchases right away, or play and earn cash for upgrades and new cars, or upgrade handling of the existing car.

There are four modes to play – one way or two way endless driving, free mode and time trial. The choice of locations is sparse – desert, suburb, snowy and night city. The game-play is simple and yet, it creates a perfect sensation of speeding up and never minding the traffic.

The player views his car from behind. There are two control types – tilt and touch; the gas and brake pedals are on the rights while the turn left, right and claxon controls are on the left. The cars are well managed by default, but you can enhance responsiveness as you accumulate some cash. Overall, swooshing like a lightning in between traffic is a very enjoyable experience here.

If you speed up and drive at above 100kph, each time you overtake cars you gain points. The same goes to driving against the traffic flow.

By the time you choose to quit, or crash, you will see how those points translate into in-game cash, which can buy you new cars, more color options, more tires, or upgrades to your favorite car. That’s basically it; there is not much more to the game.

Traffic Racer sports a clean but visually attractive design that suits the game-play perfectly, but you won’t be overly impressed with visuals or sound score. In fact, the sound score gets a bit repetitive, and I found myself muting it after a while. It would be nice to have a choice of soundtracks, or the possibility to play your own music while playing.

As I said, the game is simple and the depth of it goes as much as you are willing to unlock more cars, but the true appeal here is the racing action, which will keep you coming back for more, irrespective of whether you advance in unlocking cars or not. It’s just a casual must-have little racer you would want to keep for occasions when you simply want to relax and enjoy the ride.

You can get 40.000 in-game cash for $2.99, which will unlock Mitsubishi Evo, or at least that’s what the car looks like, or you can wait and stock the cash you earn by racing without ever resorting to in-app purchases.

Likewise, you can cash out as much as $29.99 and unlock the most expensive cars, but truth be told I wasn’t overly impressed with the cars looks to spend that much.

There are two tracks that are locked, the snowy road and night city. Unlocking them costs 15.000 and 30.000 respectively. Overall, you have to drive one or two simple cars and accumulate cash in order to unlock something new, which is fair but a bit difficult to accomplish fast, unless you have unlimited hours on your hands with nothing to do. 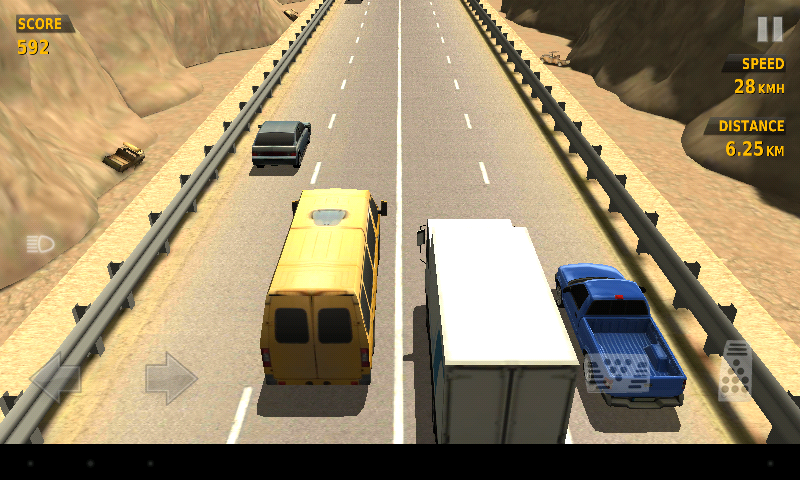 Traffic Racer is a lightweight, simplistic, but surprisingly addicting and atmospheric endless racer – arcade that nails the feeling of unrestricted speeding as you ride the nicely drawn 3D highways. Even though there isn’t a large number of ways you can customize your cars, and unlocking without IAPs is not a simple task, the game-play is thoroughly enjoyable and has the potential to get you addicted for a long time. If you are looking for a free, accessible and easy-to-pick up and play racer, give it a try – you will keep it.