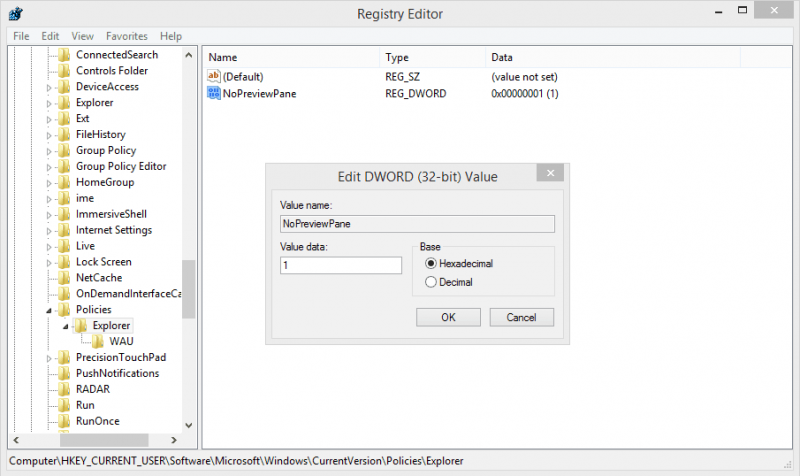 I wonder who is the audience of Michael Bay’s Transformers Age of Extinction? According to this forum, the movie’s main audience is 58% 25+ year olds, and 64% males, which is funny because Hasbro is investing a great deal into the featured toy line. In fact, Hasbro even teamed up with Rovio to release Angry Birds Transformers, the very idea of which gives me chills. As heartbroken and disappointed as I was after the third installment, I refused to watch the fourth movie despite Mark Wahlberg’s endorsement. Others like me admit to keep swallowing all that Michael Bay stuff that perverts the original Transformers story.

Enter the mobile game. I couldn’t refuse the temptation, especially since the Transformers niche has too many vacant spots in the top echelon. After spending a week toying with this glitzy endless runner, I have finally made up my mind – it is definitely the best-looking Transformers game on mobile so far. Despite some persistent glitches, it is well worth playing, although it tends to get boring after you’ve played it for a while. Let us see if this title has enough perks to get you hooked. 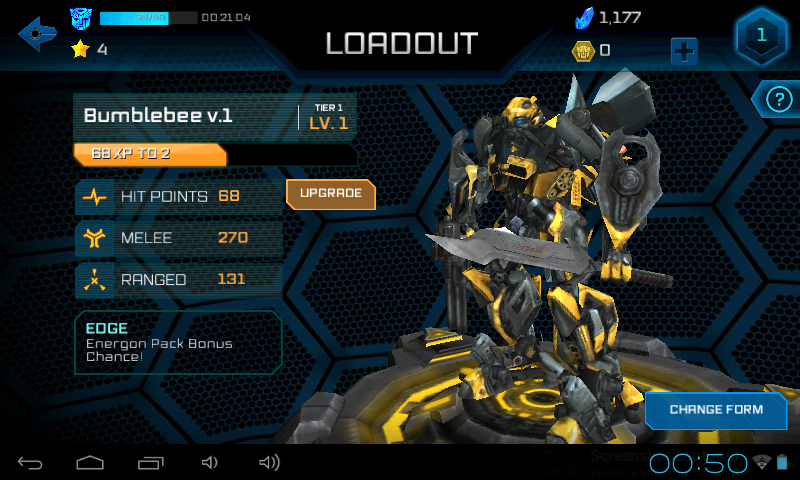 The premise is quite traditional – you play as Bumblebee on a rescue mission. Well, you don’t actually rescue anyone, or at least, that part is left outside the scenes. The game play is an endless runner in its core – you run, jump, dodge, transform into your car incarnation occasionally, and draw your mighty sword to fight evil Decepticons.

The map outlines missions location as you advance on your righteous crusade across the United States. Depending on the mission location, the scenery changes, but the gameplay ultimately remains the same – run, jump, fight, collect energon.

Your Autobot can be developed in two manners – directly, by completing missions and gaining XP, and by upgrading, provided you meet the set criteria required for an upgrade, which can be XP, materials, ammo. 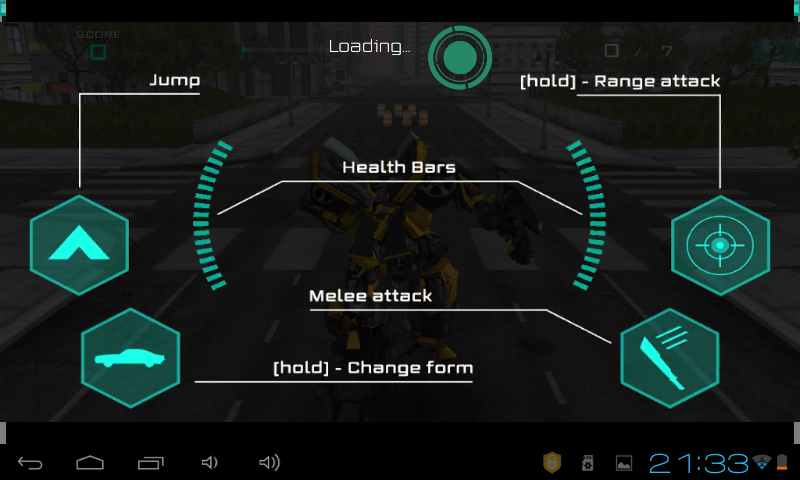 Initially, the game offers a pretty decent introduction, where you can see your options and controls. Your Autobot can jump, transform into a car and back, launch a melee attack, fire long-range missiles, and run. The main game play window also displays the health bar, your score, the number of energon packs you collected. In the upper right corner, you will see the kill count – the number of Decepticons you have taken down next to the total number required to pass the level.

The design is this game’s most prominent virtue – everything looks and feels very authentic, and the accompanying metal smashing sounds complement the atmosphere. Everything about the visuals here is explosive and 3D, from Bumblebee to Decepticons, melee fights, view angles and UI most intricate details. 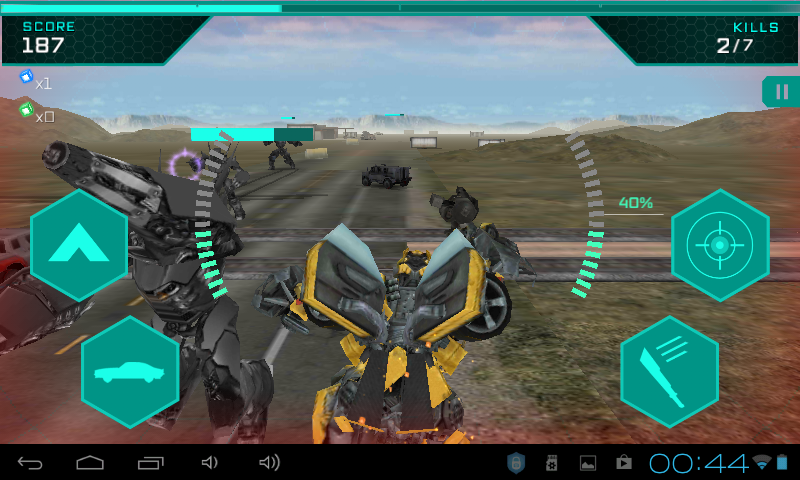 It is fun advancing through the missions, but I wouldn’t say replaying them is overly engaging. On the contrary, each time the mission is failed, I felt a bit impatient.

There will be occasional boss fights, in-game events, leader boards, but ultimately, the game is about running and fighting, so the main appeal here is the combat action, where you have to take down as many Decepticons as you can. In my own experience, long-range missiles seldom work, while the close-range melee seemed to be the most efficient way to kill.

You build up your team as you progress and complete missions successfully, and there are ways to unlock more Transformers and upgrade their weapons, abilities and cool tech gear, but it gets increasingly difficult to do so without resorting to in-app purchases.
The next cool perk here is Grimlock you can unlock, and it can get pretty cool as you dash through obstacles, instead of dodging them. In this sense, the game offers some impressive visuals.

Besides that, the game’s obvious appeal is in its sharp looks and plenty of upgrades. Transformers fans will probably appreciate it more than regular players. 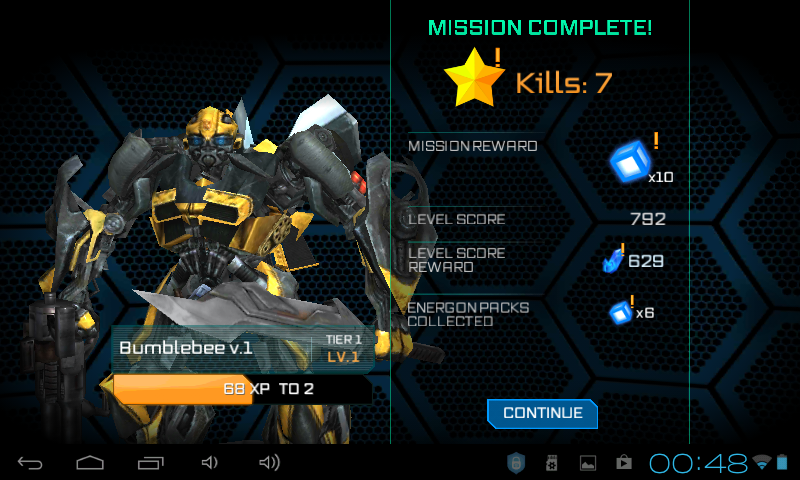 Having said the game is visually impressive and features some powerful action moments, it is also quite laggy, and crashes way too often to provide a consistent gameplay advancement. Multiply that by the fact that it requires stable Internet connection to play, and the connection availability does not grant you lag-free experience, the game might become quite tiresome in the end.

Also, the game lacks a story, and missions don’t differ much to provide for the diversity many players seek.

At some point, it would roll out an update where the developers changed the bonus system, and all you collected perks get erased. On other occasions, you unlock Grimlock, but the lags won’t let you use it, or the in-app purchase comes through, but won’t let you use the weapons you bought. All that can be solved by force-stopping the application from the Settings, but given the frequency with which you might have to do that, the game may suddenly seem less appealing.

Initially, I thought the lag experience was exclusively mine, but after going through user reviews thoroughly, I now rest assured it’s not me, it’s the game. Some users report installing it on several devices, and the crashes are consistent across a variety of devices, including Samsung and Nexus latest models.

Also, the in-app purchases are quite expensive, and you don’t feel the purchase gives you enough perks to enjoy it and be motivated to buy more:

Another feature I found unpleasant was the energy that exhausts even when the missions are completed successfully, so you can only play for a limited amount of time. After that, there is the waiting period, and some users even suggest you use a reminder app to get back to the game when the energy is refilled. 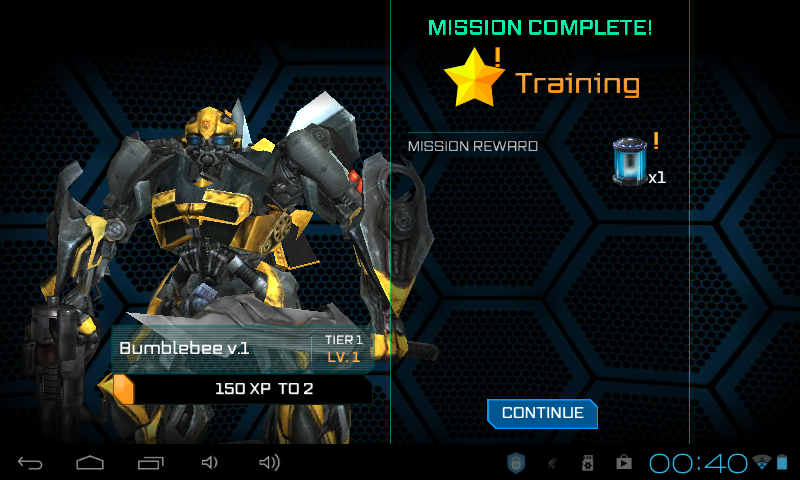 Transformers Age of Extinction is highly recommended for the fans of Michael Bay franchise. It is equally visually impressive, loud and devastating, featuring spectacular 3D design and cool capabilities. On the other hand, the game has a number of rough edges that interfere with the experience. It depends on your Internet connection and it crashes quite often, which may erase a bonus, or some extra you were supposed to receive when buying credits. Also, the Transformers run out of energy quite fast. The map seems large, but having reached the 16th level in Texas, I haven’t seen a city landscape yet. When or if the developers iron out those little, yet annoying rough edges, Transformers Age of Extinction will be eligible for a 5 star rating. Until then, it’s a 4 for the right player. I would suggest more content and a story instead of more purchase packs in the next update.