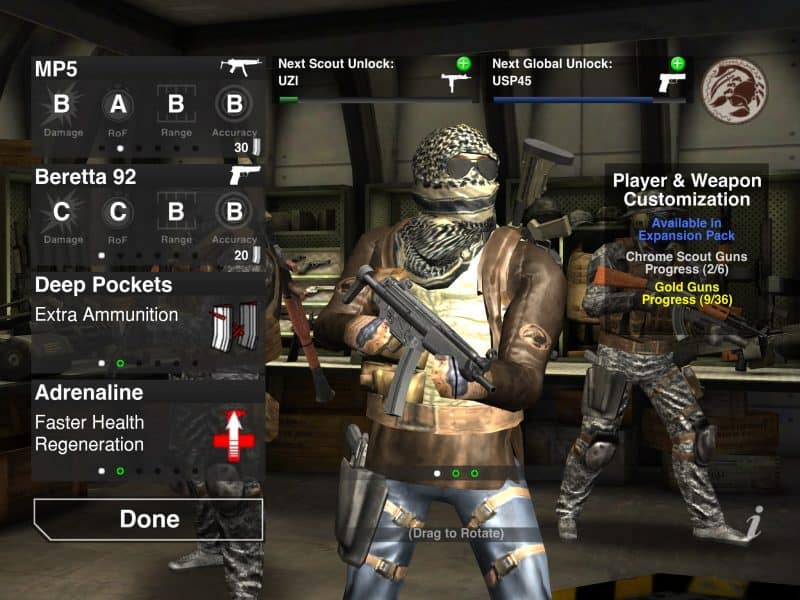 One of the earliest FPS releases for the iPad with multi-player functionality was Trigger Fist, and it’s done pretty well at leaving a lasting impression with tablet gamers. The graphics aren’t flashy, the controls aren’t perfect, and overall the game is nothing to rave about – but it does provide a solid FPS experience. Now, that certainly doesn’t make it a fantastic game, but when coupled with the extensive array of upgrades to choose from and other customization features, it makes sense why Trigger Fist has seen continued success throughout the years. Be warned, if you want to play Call of Duty on your iPad, this isn’t the game for you; but if you like games like The Darkness you’ll probably enjoy it. 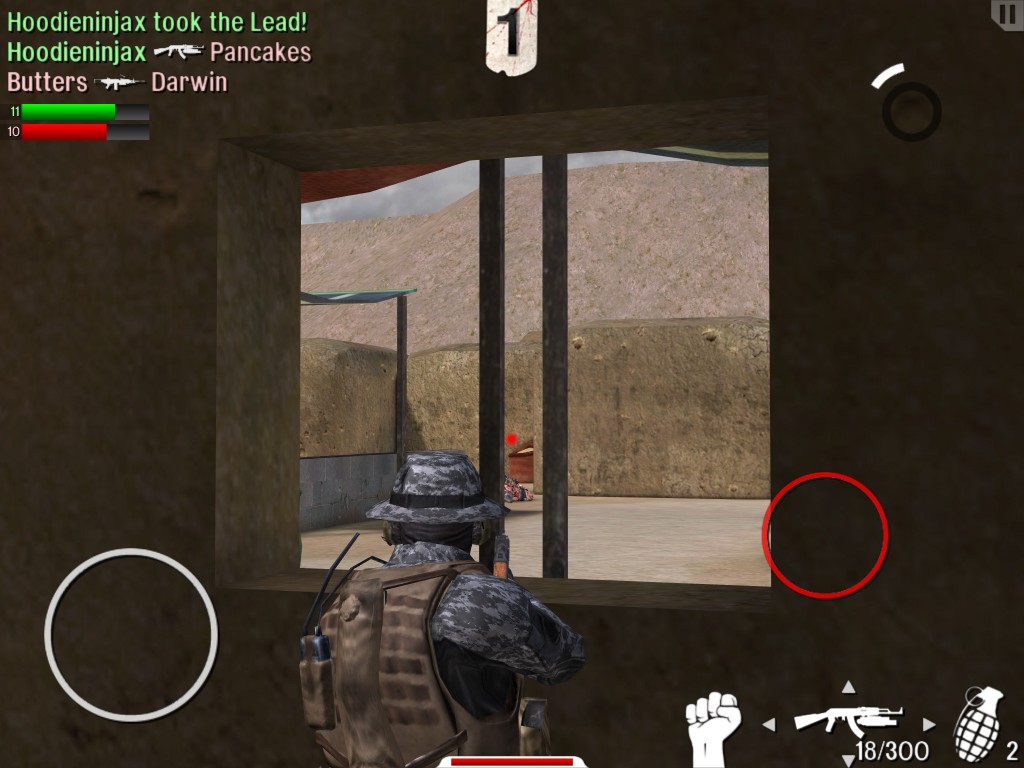 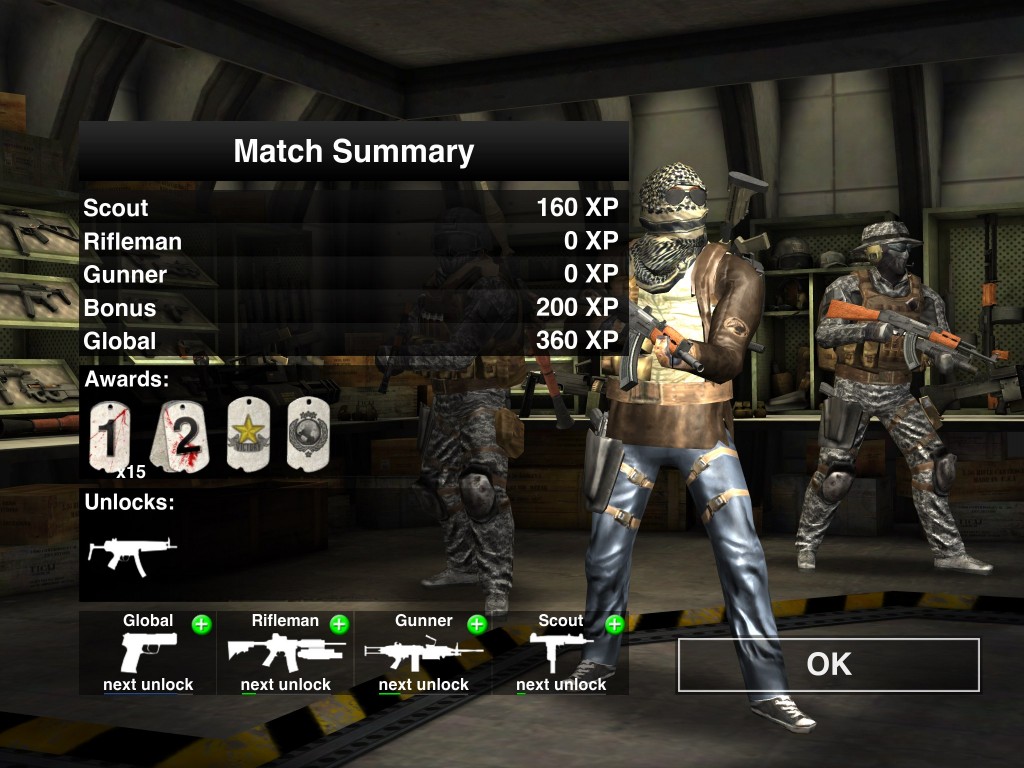 Despite the fact Trigger Fist has rather dated graphics, that doesn’t make it an eye-sore. Probably the biggest culprit of being ‘ugly’, is the extremely bland and boring text and gradient backgrounds on the menus. It would be a stretch to say the in-game graphics are great, but considering when this game was released they could definitely pass for good. Everything is presented rather well, the maps are laid out nicely, the menus are intelligently organized and responsive, and overall you won’t run into many issues while playing the game. In my opinion, a major interface graphics overhaul would do this game wonders, and make it feel a lot more modernized.

There are four different game modes to choose from, and you can play either Single Player vs bots, or in Matchmaking. Free-for-All, Team Deathmatch, King of the Hill, and Sacred Goat are the four available options to choose from. They’re all pretty self-explanatory, for elaboration purposes, Sacred Goat is pretty much like Oddball in Halo. As for in-game controls, you’re rather limited as to what you can do – there’s no sights to look down, no prone positioning, and no diagonal aiming. Some may argue that this makes the game boring, but honestly it’s refreshing to have a game that can so easily be picked up and put back down without really losing too much of your skill. 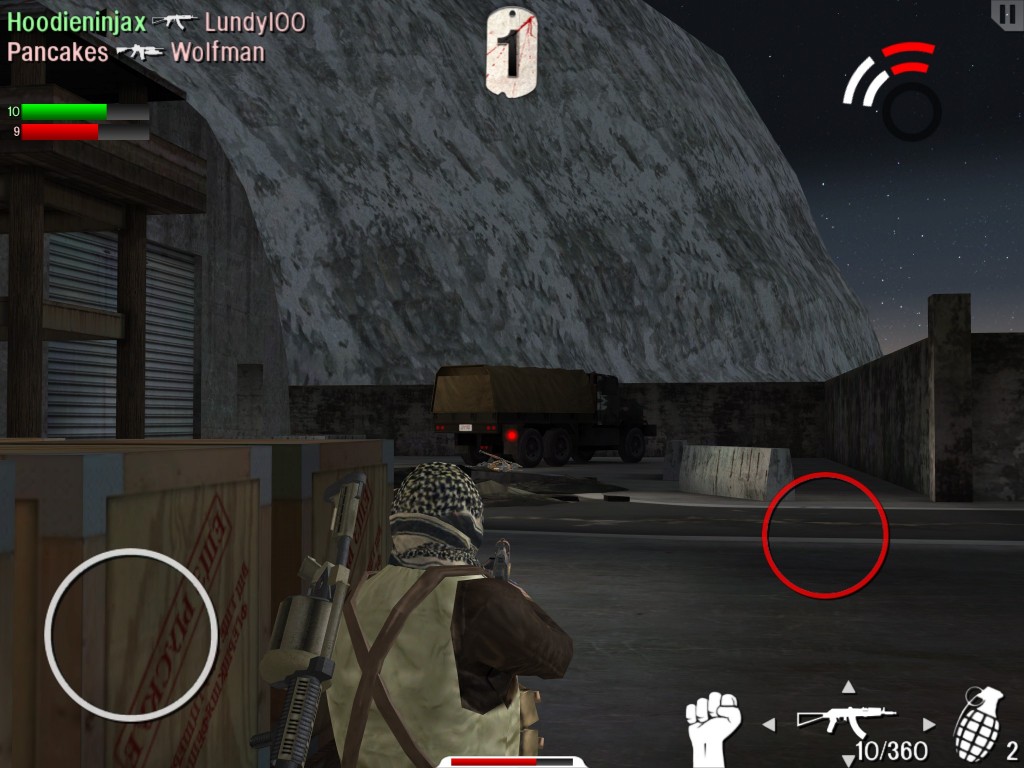 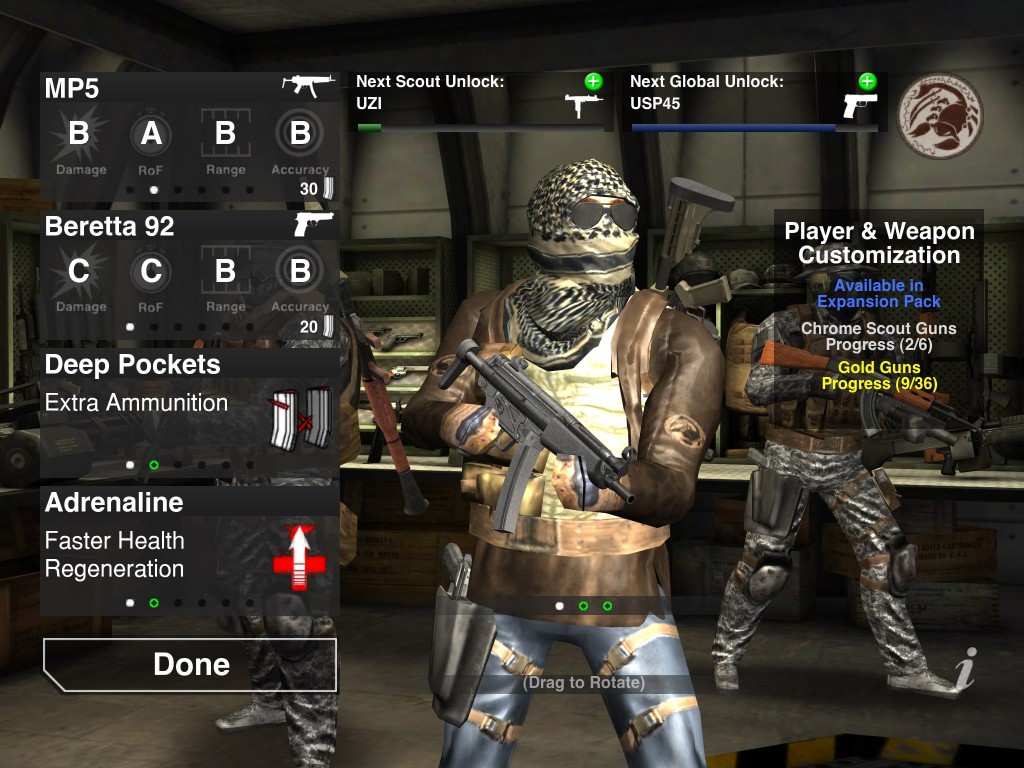 Weapons are scaled nicely as well, you don’t feel like a major underdog just because someone else is way higher level and has a huge arsenal of weapons. If you play smart, you can win just about any match. However, it’s still really nice to unlock a new weapon, and gives plenty of incentive to keep on playing and unlocking better weapons and equipment. There’s also the aspect of the three different ‘classes’ you can choose from and switch during matches. With each one, there’s different things to unlock and different benefits you acquire from being that class.

If you get past the dated interface graphics (which shouldn’t be hard to do), you’ll quickly find there’s a lot more to Trigger Fist than meets the eye. It only takes a couple minutes to get into an intense FPS match with players from across the world, and the best part is you can do this all from your tablet. Once you start playing a few matches, it really does get hard to put the game down. You start to level up and unlock items, and see the progress towards your next unlocks, and it makes you want to play a few more games. Four different game modes helps keep things interesting as well, even though two of them are just Deathmatch (one team, one FFA), there’s also King of the Hill and Sacred Goat to switch things up. 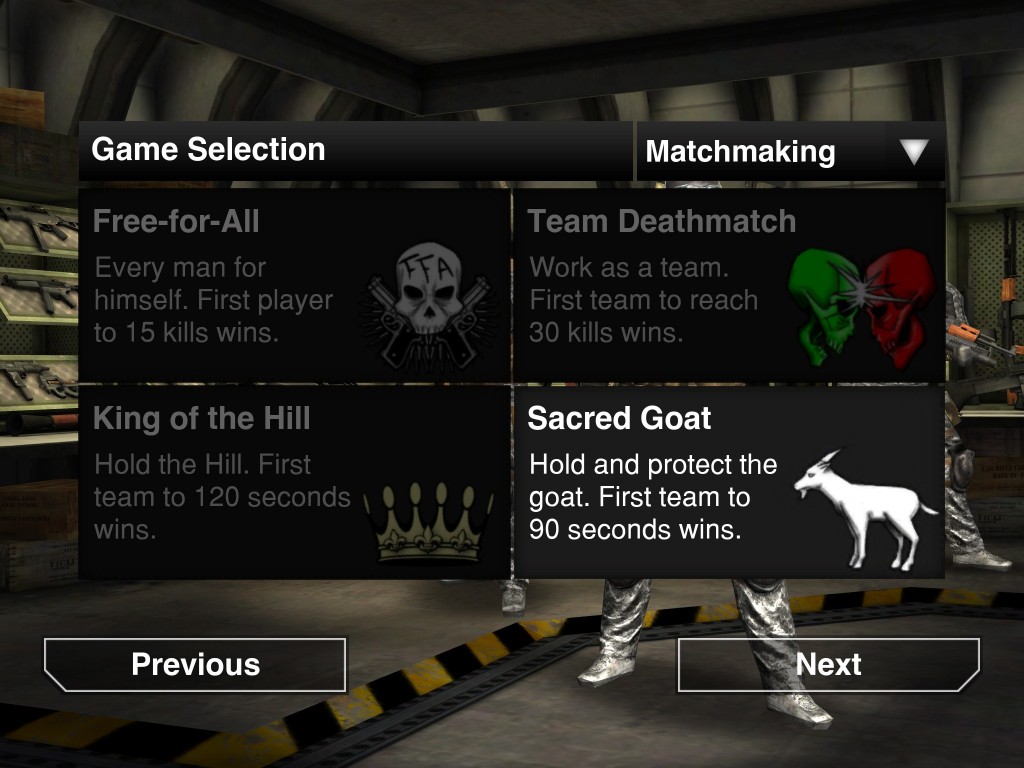 Trigger Fist is not only addicting from the start, but it’s also an acquired taste as well, meaning you’ll grow to enjoy the game more and more as you continue to play. There’s so much to do and unlock, it provides you with endless hours of entertainment – plus there’s an expansion pack with even more content to play through.

This is definitely a game worth trying out for anyone who truly loves First Person Shooter games, but like I said earlier, don’t go in expecting Call of Duty. You’ll find that judging a game based on it’s initial Interface doesn’t do it justice, as did I.