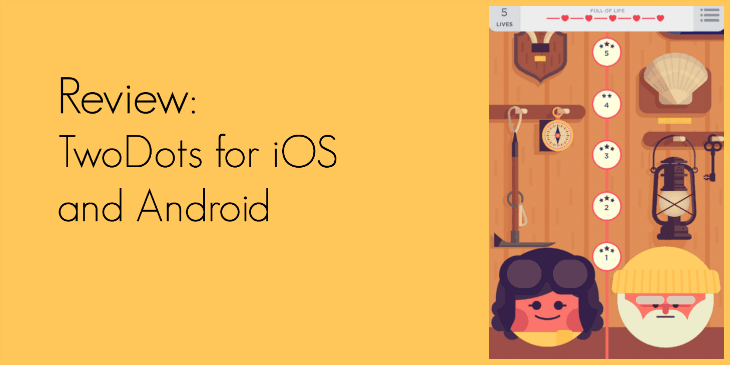 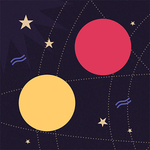 TwoDots by Playdots, Inc. Freemium
Genre: Puzzle
Get it on Google Play
Get it on iTunes
Listen to the OST

Whenever I review a game, I try to distance myself from its background – successful, or not prequels and sequels, big name or indie developer, large or small marketing budget. Paying due credit to all that attire is like pouring a $5 sour soda mixed with vodka into Macallan bottle, and sing praise despite the weird aftertaste.

That said, we all remember Dots – a very fun and addicting connecting dots game with simplistic and smart design. I loved it when it launched, but I was skeptical what else can you do with the same game concept to make it appealing once again? It seems every possible thing has been done by numerous developers to squeeze the max juice out of the genre. In fact, I even stopped trying to find something appealing – the genre got boring for me.

Alas, TwoDots by Playdots, the same guys, or girls behind the Dots managed to breathe life into the dots connecting gameplay, and I was lost for a few hours on my first gameplay until I ran out of lives. The game is simply awesome – let us see why. 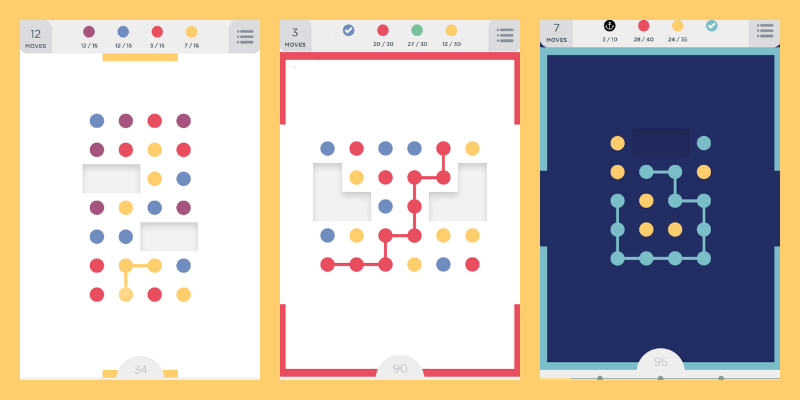 The premise is the same – on each new level, you are given a grid with multicolored dots, and a task at the top of the grid, which reminds you how many dots of this or that color need to be connected to beat the level. You are also limited in the number of moves, and the limit is different for each level; so is the required number and color of the dots.

The more dots you connect in a single move, the better, of course. If you connect four dots in a complete closed square, all dots of the respective color get cleared from the board, and they count as connected. Just don’t forget to finish the square because if you don’t draw the fourth line, the game will only count four dots, without eliminating the other dots.

There about 130+ levels at the moment, and as far as I can see, Playdots are sketching more. 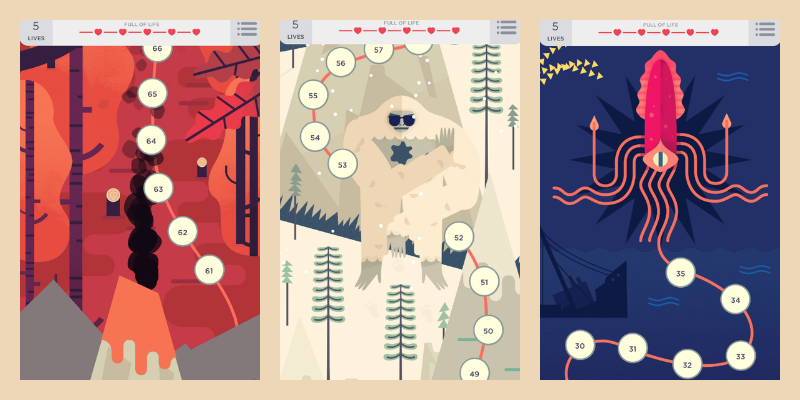 The art work and music make 50% of the fun and addiction in the game, although the levels are very smart and sometimes excruciatingly difficult, too.

The levels are laid out on a map, which starts from some kind of North Pole station of sorts, with deer horns hanging on the walls, and an oil lamp. From there, you move across the frozen ocean, and on to different parts of the world – mountains, savannah, forests and off to space.

The art work is cartoonish and appealing in al the good ways and reminds me of Doggins, a game where I liked the design alone. 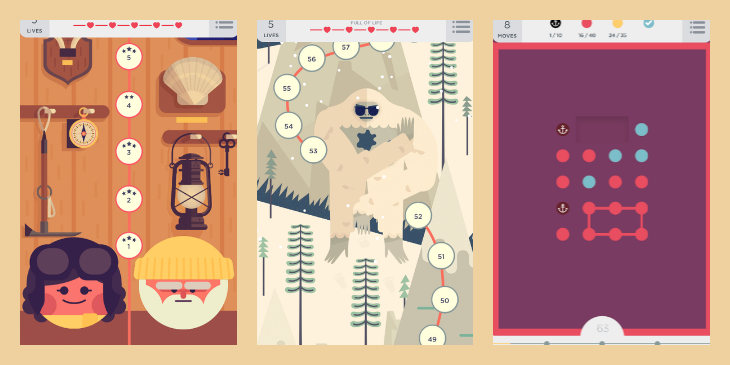 Each area has its own sound score, but the general soundtrack is persistent in all levels, and I especially loved how the connecting dots make their own music in tune with the main theme.

Music is what got me hooked on the game in the first place. It creates a very special atmosphere of focus, peace and balance. It is the chill of the music that never lets me get angry with the game whenever I lose a life. I applaud the team for the highly polished experience in every aspect of the game.

If you are and avid user of Facebook, TwoDots is a game you won’t be ashamed to challenge your friends with. Seriously, it is a rare case when you can challenge serious people without being mocked because ultimately, TwoDots is both smart and fun the way 2048 or Threes were.

I totally love the Postcards you unlock once in a while, as well as Achievements. I am not the kind of player to keep track of those in any game, but the art work makes me want to check it out every now and then.

Also, when you run out of lives, you can visit the Tutorials section, and run through the simple how-to’s or complete a daily quest. It is only one per day, though, so you won’t be able to keep yourself busy during the entire 20 minutes while your lives get regenerated. 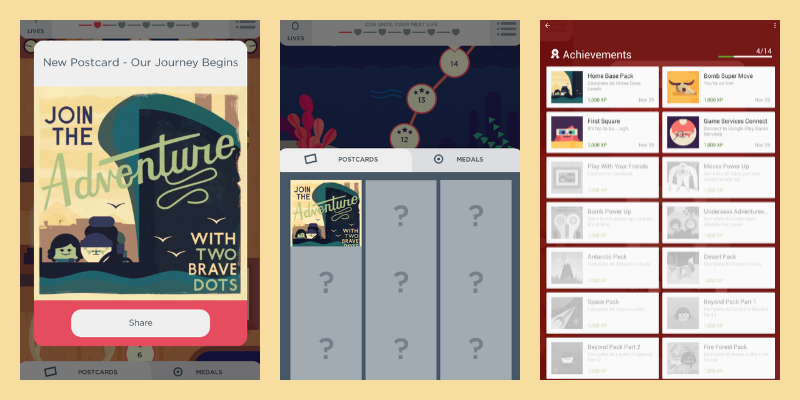 TwoDots is a freemium game, so it has some limitations, or rather inconveniences along the way. I am not going to rumble too much in the case of this game despite the fact that there are things to woe about. It must be the OST that’s playing in the background that lulls me into a Namaste state of mind.

Jokes aside, in-app purchases are on the expensive side here. For example, you have a limited number of lives when the game starts, and each failed level costs you a life. Lives take about 20 minutes to restore – plenty of time to remember to have a life.

However, if you want to speed it up, you can pay a buck for five lives. Yes, five hearts for a buck, which is nothing when it comes to really difficult levels. The initial levels are dead easy and serve as an introduction to the gameplay, but further in the game you will encounter levels, which will take you days to beat, with or without IAPs. 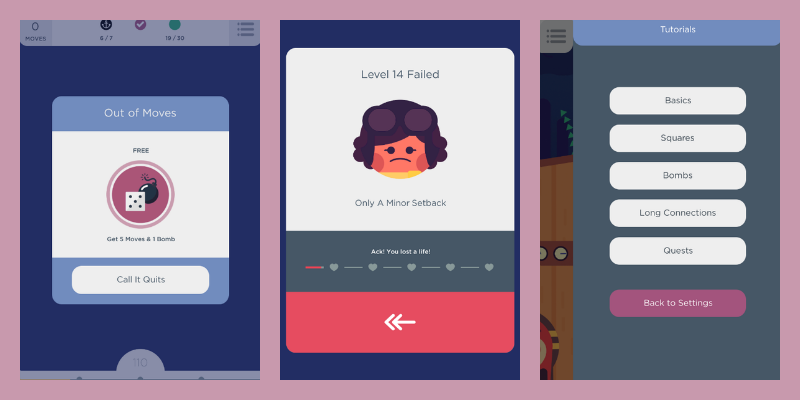 And that is the point – the ephemeral usefulness of five additional lives to help you beat the level might be outweighed by the actual challenge, which simply takes more time and effort on your part anyway. Say, it took me a week to beat one level, and I did not buy any lives or power-ups, simply because I was playing on my girlfriend’s device, and she’s got draconian rules for gamers. The pleasure and satisfaction I felt when I finally beat it can only compare to my 2011 euphoria when I bet the entire Angry Birds game for the first time in my life. I felt victorious, and that is a rare emotion mobile games induce these days. Here are some of the IAPs breakdown:

On the flip side, 20 minutes to restore lives is either a deal breaker if you want to be reminded to have a life, or a turn off if you have a few hours and you want to spend them playing the game you love. In the latter case, you should consider buying a large crate of something via IAPs, and support the developers.

My personal observation, though it might be erroneous, is that when the system ‘realizes’ you are not going to buy anything, ever, it stops being a witch, and grants you a grid you can make do with.

TwoDots elaborates on the boards layouts and challenges. Each new level brings a slew of new layouts and drifts from the regular 6 on 6 grid. It introduces obstacles that correspond to the locale you are currently in.

Naturally, the games throws a few traps to test your impatience or laziness, and seduce you into buying power-ups. Nonetheless, you can make it through the game with a healthy dose of patience and time, without being an Einstein.

I totally recommend TwoDots to players of all ages and skill level – it’s perfect for commuting folks, kids, seniors, or people with learning disorders, or short attention spans because the relaxing ambience and zero violence takes away the stress from the gameplay. 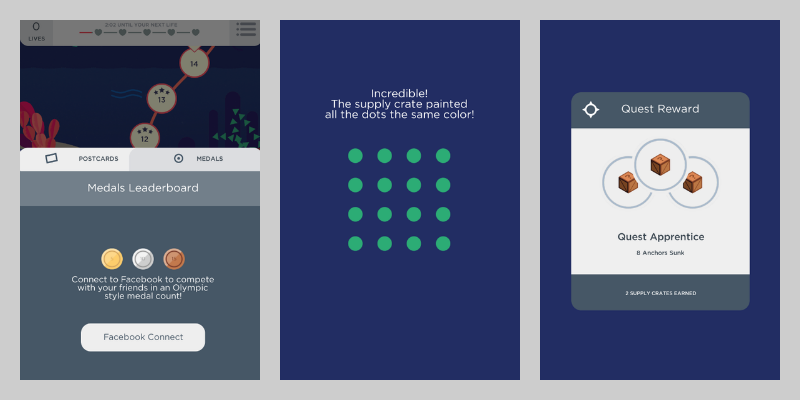 TwoDots is a beautiful, simplistic and ingenious at the same time in design and music, brain trainer for players of all ages. When you realize some levels are meant to take longer than the others to beat, you will find peace, and enjoy the relaxed, even laid-back atmosphere of this dot-connecting trip. Many a gamers find the restricting IAP system too punitive to allow them enjoy the game, but if you treat it as a long-time candy, the one you get back to occasionally to beat a few levels in a go, TwoDots becomes a go-to time killer, or brain booster. All things considered, TwoDots surpasses Dots in fun and addictiveness, but loses in the monetization model.