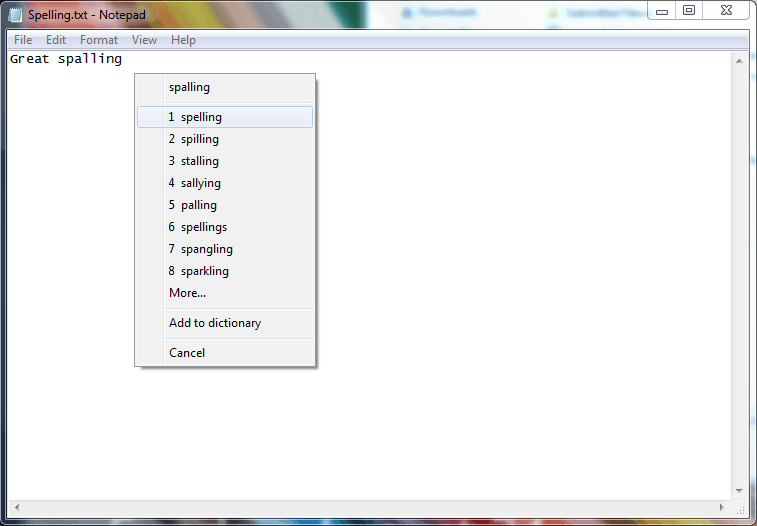 You play as a charming robot with one magnetic beam on his lonely quest to freedom and exploration as he wanders through a dungeon of sorts. The robot is metallic while the tunnels are predominantly rocky, with plenty of gates, buttons, leverages, planks, rocks, tubes, light bulbs and other stuff developers smartly combined to create intuitive, but increasingly difficult puzzles. 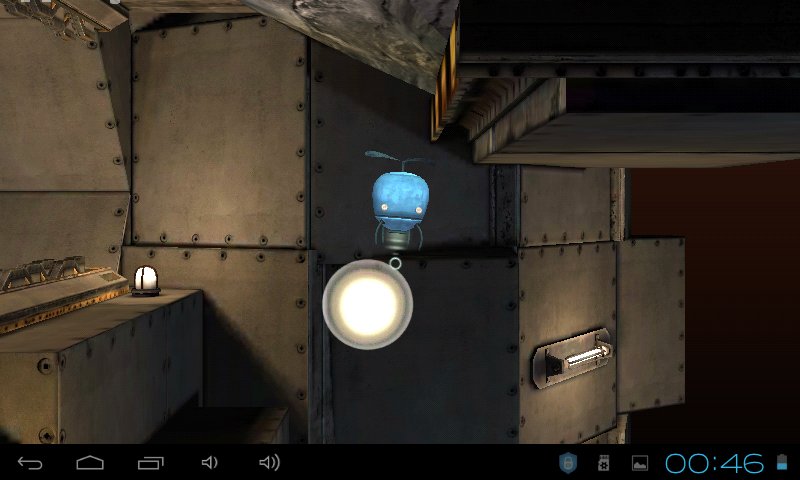 The robot can pick up and drag, lift and re-locate different things – his magic magnet works equally fine with metal boxes and shining rocks. This is how you solve puzzles. You control robot by placing your finger on the screen and it starts moving that direction. Tap on the robot itself to activate and de-activate his magnetic beam.

Physics-based puzzles were not meant to be easy, though, and besides figuring out what to do, you will need to master the controls. The first few levels, or gates, are easy, but in no time you will find yourself in a conundrum of a less than obvious puzzle and tricky physics. However, the challenge makes success even more enjoyable, and in my experience, the more time I’d spend with a puzzle, the more accomplished I felt when solving it. There is no place for luck here. 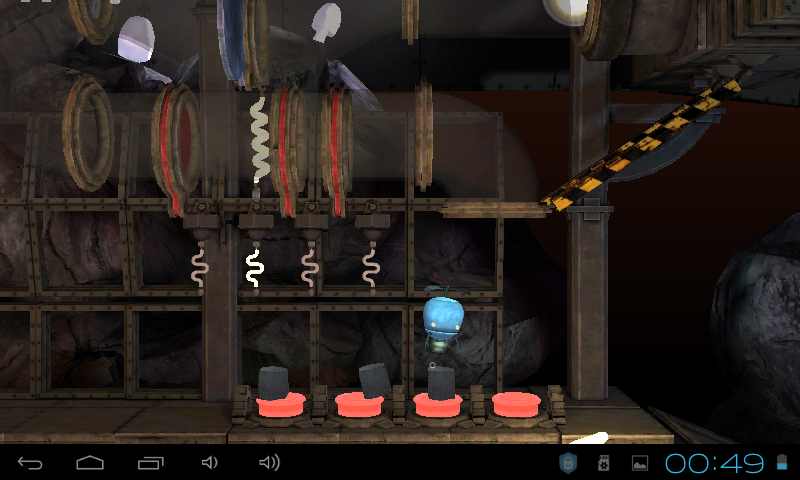 The game combines physics-, logic- and memory-based challenges, and is appropriate for players of all age categories, including children – there is no violence. What there is, however, is a mystery, brain challenge and the atmosphere. I’d recommend it to young kids, too, but they might need parental assistance with puzzles in more advanced levels. On the other hand, I sometimes felt my attention drifting while my nephew would solve the sequence and memory puzzles faster than me. 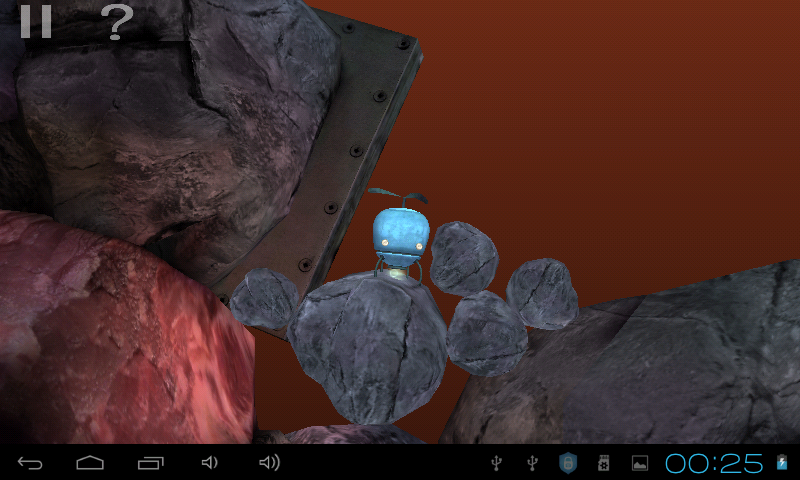 Unmechanical’s Android port was built on Unity Engine, and the visuals are stellar. Multiply that by ambient sound score and a charming protagonist all alone in a technogenic dungeon, and you get the atmosphere unlike any other. The loneliness and anxiety paired with the wonder of exploration, curiosity and mystery create an adventure you will want to finish. When I realized there actually is someone else in the tunnels besides my robot, or at least that’s what I think I saw, the game suddenly became even more enigmatic.

So, it’s not just aimless puzzle solving to escape the maze. It’s a mystery and a curiosity-inducing adventure, charming and kind. 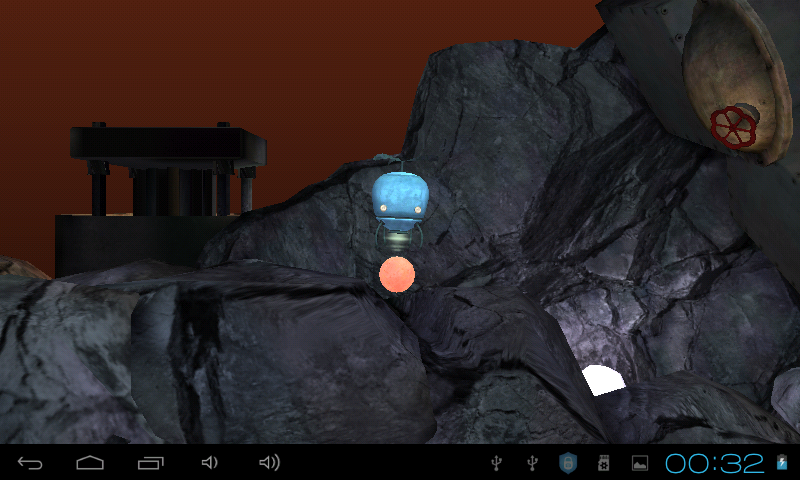 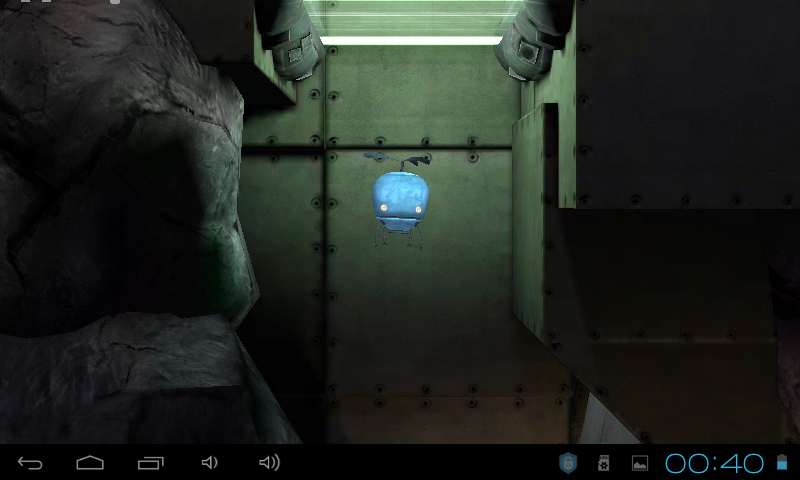 Unmechanical is a visual treat featuring gorgeous 3D environments, plenty of objects to interact with and simple, yet multifunctional controls that make puzzle solving a real delight, but providing enough challenge for the player to feel accomplished and rewarded.

You get to complete a variety of tasks – lift boxes, move stuff, push buttons, pull switches, and do a lot of interesting activities interacting with a dark, but beautifully presented subterranean environment that holds a mystery you will want to unravel.

The game has no rough edges but the controls that add more work to basic dragging, yet the overall gameplay is thoroughly enjoyable and charming, so if you are after a quality puzzler and a decently crafted eye candy, go for Unmechanical.

You can buy Unmechanical on Google Play or iTunes for $2.99. It is also available on Steam, so check out Unmechanical website for more details. 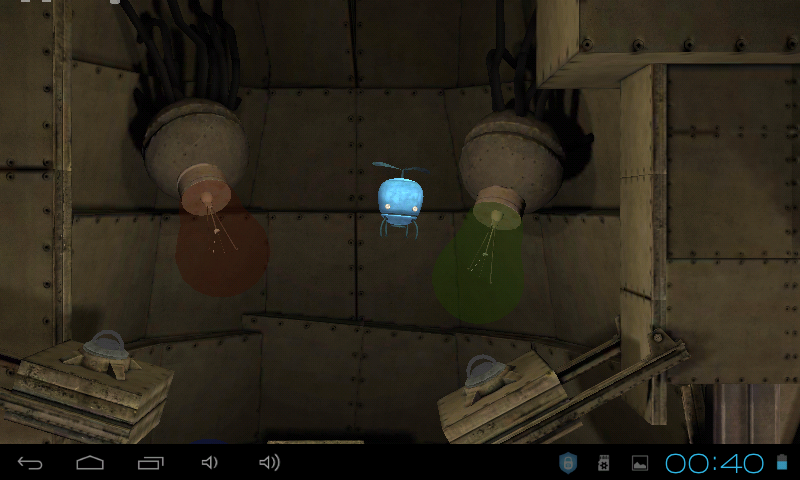