VEGA Conflict is a browser game that just recently made its debut on Android platform. Developed by an Australian studio Kixeye, the game boasts of a huge audience, massive forum threads with guides, strategies, explanations and events. If you are one of the long time VEGA rebels, walk on because you probably can teach me some of the tricks. If you are a newbie looking for an unbiased intro to the Android port, however, read on because I have some considerations for you.

First of all, the game is a hefty download; it requires excellent Internet connection to play; and, it even requires high-end devices like Nvidia, Nexus and Samsung. It does not mean you can not give it a try, though, mainly because the game is a freemium – download and install it for free, and see if it runs smoothly on your device.

You can register, or you can play as Guest, depending on your aim. If you intend to keep playing from your desktop PC’s browser, you will need to register, and have your progress saved.

VEGA is a greedy Federation, and you are a rebel against it, as much as any other player. Players form alliances and loot VEGA’s mining stations and delivery fleets. I could go on a few hundred words more on the story, but the bottom line is – the story does not really matter here, or at least you do not need to go into the detail as long as you grasp the fundamental elements of the gameplay. 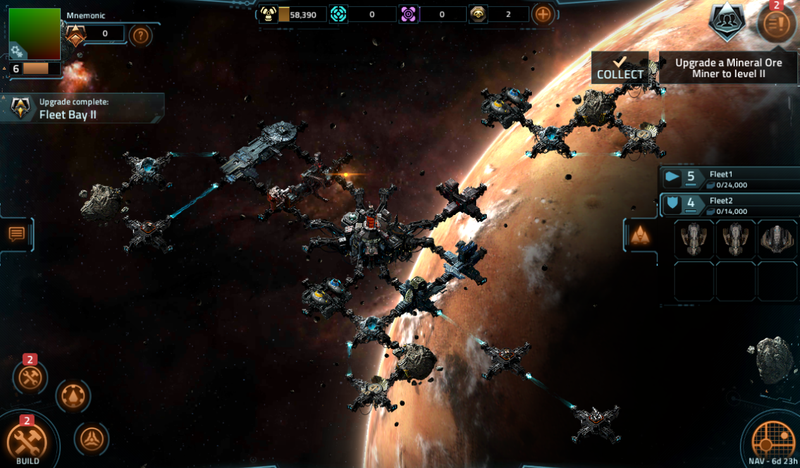 It is a sci-fi strategy game of the likes of Haegemonia: Legions of Iron. You have a space station that is mining ore and Helium-3 from asteroids, and you begin with a Bridge, storage decks and a few ships in the dock. As a beginner, you will be able to build 10 modules for free, and the game guides you through the building process step by step.

You have an assistant, AI red head woman that explains how things work to build and manage modules and fleets. You also have a male assistant who suggests battle missions for you.

The gameplay can be roughly divided into two equal parts – one part being constructing and managing your base, building and upgrading fleet, mining resources from asteroids and the other part being battling with VEGA. Or, rather attacking VEGA fleet carrying ore, Helium-3 and antimatter to VEGA stations. 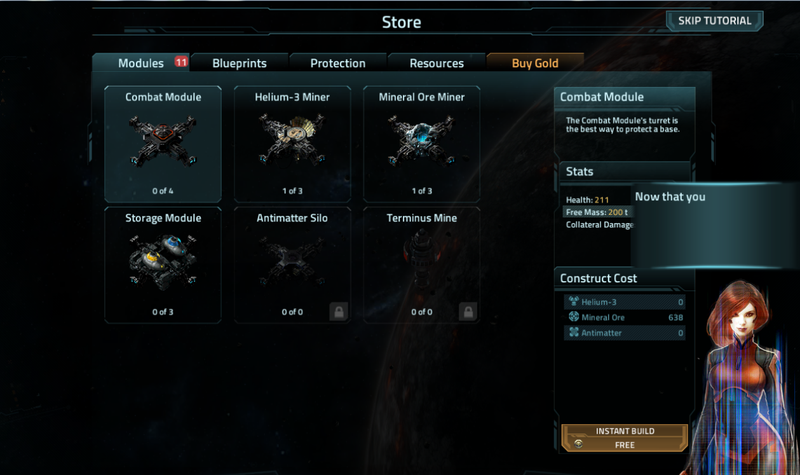 UI here is very complex, but your AI helps you navigate, so in no time you will find yourself easily finding each button in every Menu. For example, there are three views you can switch from the bottom right hand corner – Base, Planet, Sector.

You have a chat, but you won’t need that unless you join an alliance.

At the bottom left hand corner you see the Menu to constructing modules. The construction menu itself is quite cluttered the first, and second, time you look at it. Each module, and each ship, has a number of items you can equip it with, and most of them are locked, except for the basic items. Those are some turrets and shields. The rest will be unlocked as you level up. 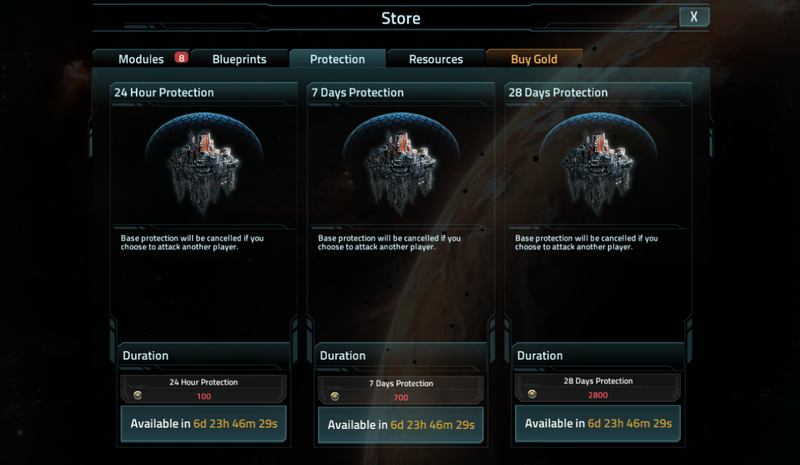 Building a ship is a very detailed process, where you choose a lot of parts from hull to weapons and shields. Everything has a weight, so you have to keep an eye on that, too.

While you are building up the stuff you can build for free, the game progresses pretty fast, and you will enjoy watching your base and fleet grow. 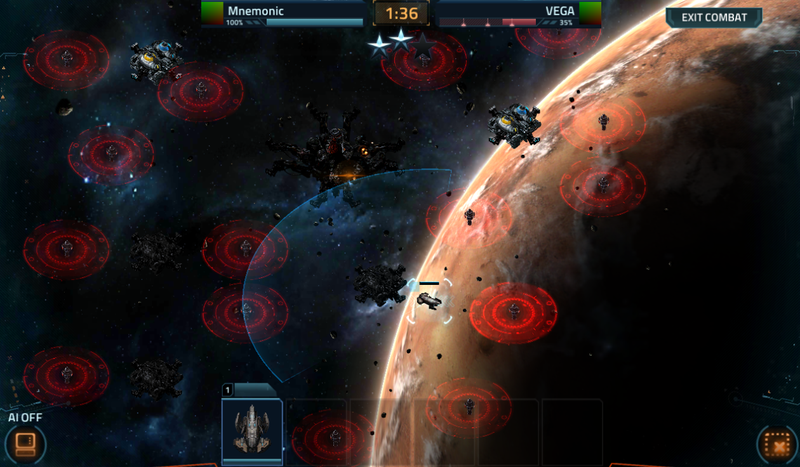 VEGA looks gorgeous on tablets, but of course it looks even better on desktop screens. Some veteran players suggest battling on larger screens, and manage bases and mining from tablets. The tiny details of ships are again better inspected from a larger screen, while tablet screen is simply not enough for the level of detail here.

That said, with the hefty load of data the game loads surprisingly smooth. It also needs stable Internet connection. In my personal experience, I have not faced any performance bugs except for a few minor lags when it took some time for the taps to register, or for the buttons to appear. I have not had any connection problems, either.

The one thing that I found aggravating was how difficult it is sometimes to select a fleet to attack. Say, the map is quite cluttered and there is a tiny speck of fleet flying by, so you want to be quick attacking it, and you simply can’t select it because your taps hit something that is next to it, but not the fleet itself. Other than that, the game performs well for the heavyweight pack that it is. 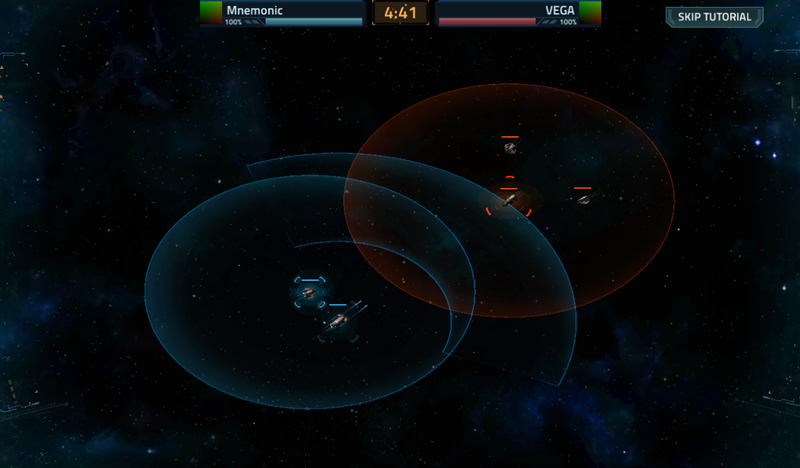 The first missions are there to get you familiarized with the battling system and mechanics. You can have AI control of your fleet ON or OFF. You can also choose targets.

The thing is you will be winning if you attack fleet that is of lower level than yours, but you will be losing each time you attack the fleets of your own level. At least, that is what has been happening to me, and it beats me what I am doing wrong.
The battling controls are easy to master, and things are quite transparent here. From there, you accept the missions, complete them and get rewards, as well as the loot you get from the defeated VEGA ships.

Rewards seem to be generous for battling missions as well as for constructing modules, and researching new technology. There is Gold, ore, Helium-3, antimatter, and a few more criteria that define how well of in the game you are. You will need to upgrade and build more storage modules, so that your base is capable of storing more ore and other resources when your initial storage is full. The most coveted resource is Blood Amber, which is ridiculously rare, and thus most of the fighting wages because of that element. Greed is the main motivator, as usual. 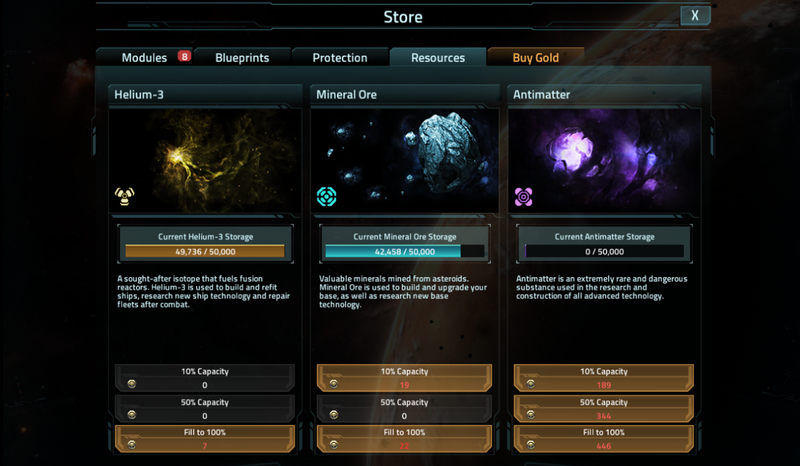 The fun is basically slowed down the moment you do all the things that were available as a courtesy from the developer. As you build ten free modules, and construct the ships you could construct, and completed the initial missions to loot the VEGA fleets of lower levels, you will need to stop and look around. Here is why – all the modules are built, and there is nothing you can build – it’s locked. To continue building, you need to upgrade your Bridge, which you can’t do because you don’t have some other module built. So, you are stuck with a fleet and a mission to defeat VEGA fleet of your level, or higher, which does not happen.

Once the freebies are over, things start to display timers whenever you do anything in the game. At first, it is barely noticeable – 1 minute here, 20 seconds there. Nonetheless, the more you progress, the lengthier become the timers, which seems quite fair for a freemium model. If you want to play faster – be ready to pay for fun. If not, enjoy your experience the way it is. 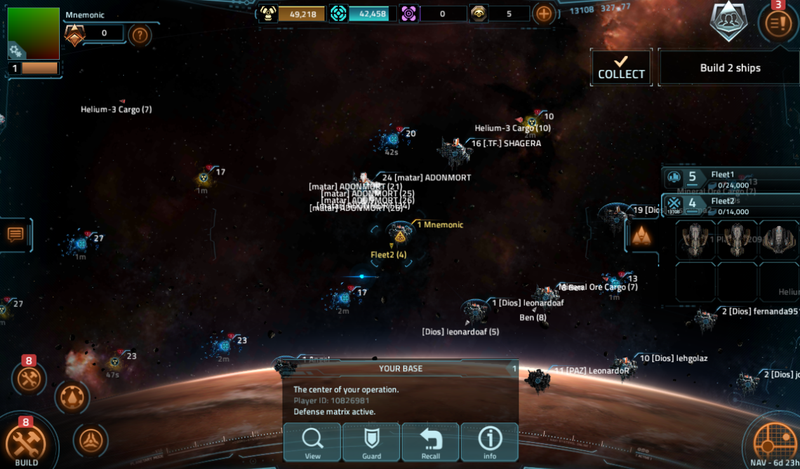 VEGA Conflict is quite a deep and thoroughly crafted game, so the waiting price seems quite fair, but here is the thing – players who have been playing the game long before the release of Android port have some very nasty words for the developer’s take on the pay-to-win business model.

What I know for sure is I prefer to buy a single premium game and play all I want rather than cashing out ten, maybe more, times more for in-app purchases, so I anticipate abandoning the game after a few more attempts at progressing without paying. But that is my philosophy.

I have also noticed some very positive reviews from people who have only spent the first thirty minutes with the game, whereas the veterans woe the IAPs cross the line of tolerance and ruin the game that is very well put together otherwise. 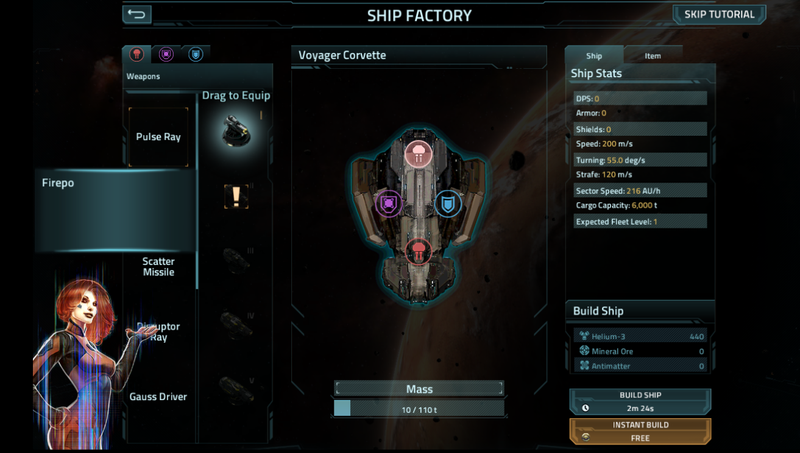 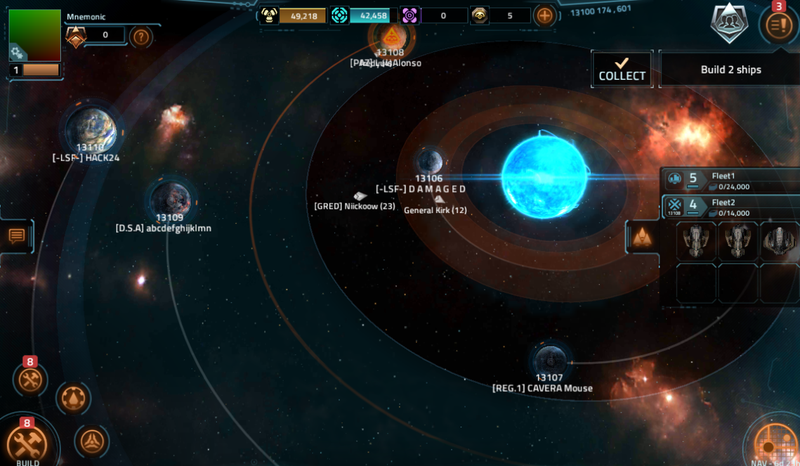 If you are a fan of deep space strategy games, by all means get VEGA Conflict. It is very detailed, perhaps even too detailed for my gameplay comfort. If you like the game enough, I suggest you take an hour to read VEGA’s guides on what every module is for, and how to build it, as well as the breakdown of ships, weapons and strategy suggestions. Also, if you really enjoy the game, you will definitely register and keep on playing from your browser, forming alliances and expanding your bases. You will spend equal amount of time managing your base and battling. It performs well on higher-end devices; looks gorgeous and offers a satisfying and engrossing gameplay.

Nonetheless, I can not guarantee the game will continue to be equally fun as you progress, solely due to the exaggerated focus on in-app purchases – something that keeps on leaking from the numerous long-time Kixeye players. All things considered, it is an interesting and worthwhile experience for the genre aficionados, and how much fun you get from it depends on how long you will be playing. Chances are you may quit when you face a certain pay-to-win wall, and it gets painful to quit playing if you have been doing very well. If you happen to be a dedicated player, simply pay on a regular basis or don’t mind to wait for the bigger processes to complete.