XON is now a series of the puzzle games that counts three episodes. Even though the fandom is not overwhelmingly huge due to the fact that imagoFX is a one-man indie game studio and the promotion is nearly non-existent, we were lucky to spot the game in the debris of Google Play a year ago, and reviewed the first two episodes. We were pretty impressed, so when the third episode landed on the app store, it was an instant buy. If you take a closer look at the user reviews, those are the people who have thoroughly enjoyed the first two episodes, so they had little doubt buying a modestly priced sci-fi puzzler and loved it. 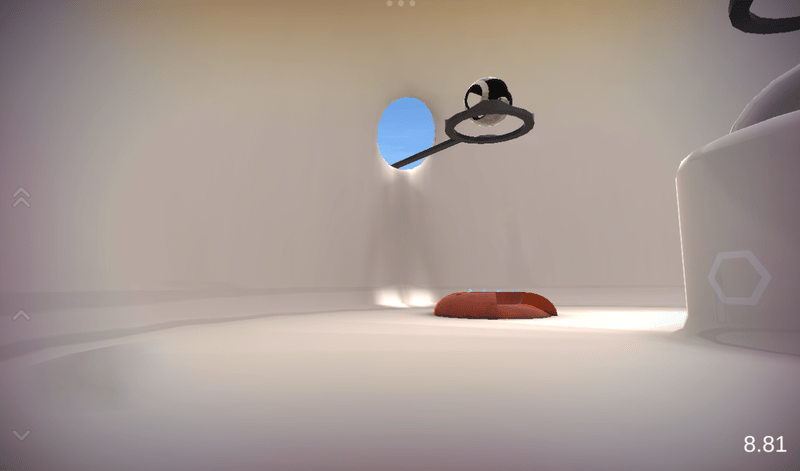 Little has changed story-wise. You’re once again stranded inside a facility that displays both landscape elements like grass, trees, water and sun, but also looks like a curious construction, or a factory of sorts. There are buildings made of gorgeous marble of different colors, from striking white to beige, peach, gray, blue and dark.

What the deal is all about? You don’t know, but the place looks like you could mingle with its elements, so in hope to find at least one answer to the numerous questions that nag you, you begin the adventure. 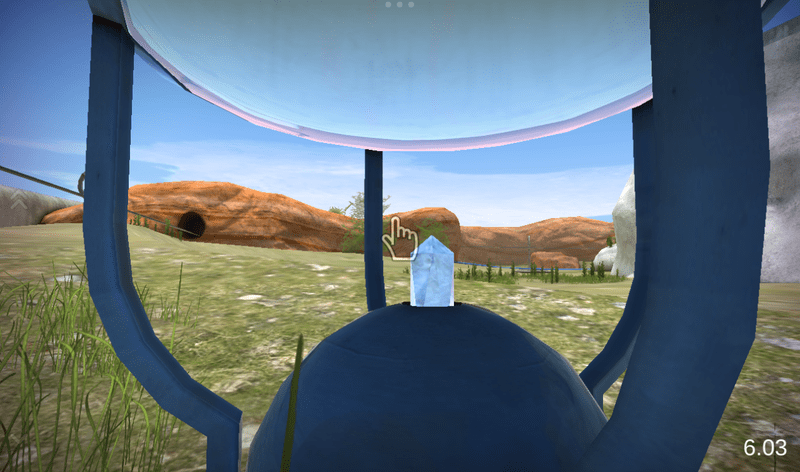 This time around, if you have played the previous games you should be able to start acting right away. If not, you would first need to look around. Did you think picking up crystals and putting them in their slots on a machine would be it? Not exactly. The place is stuffed with alien gizmo that works on an unidentified energy. Somewhere, you hear the water flow, and it’s probably going through the tubes you can see.

You also see a spherical chamber stranded up in the hole in the ceiling, and a horizontal chord that looks like it could be the track for the transportation chamber. Don’t know about you, but I felt immediately anxious to have a ride. However, XON doesn’t just let you have fun. You will first need to solve its puzzles.

Look around, take a walk, look at things you can interact with and see if you can make any sense. It doesn’t make sense revealing too much about the puzzles and spoil the rewarding feeling you get when you solve them on your own. However, it is worth mentioning the atmosphere, the looks and the movement mechanics of the game makes this preliminary exploration a pure delight. 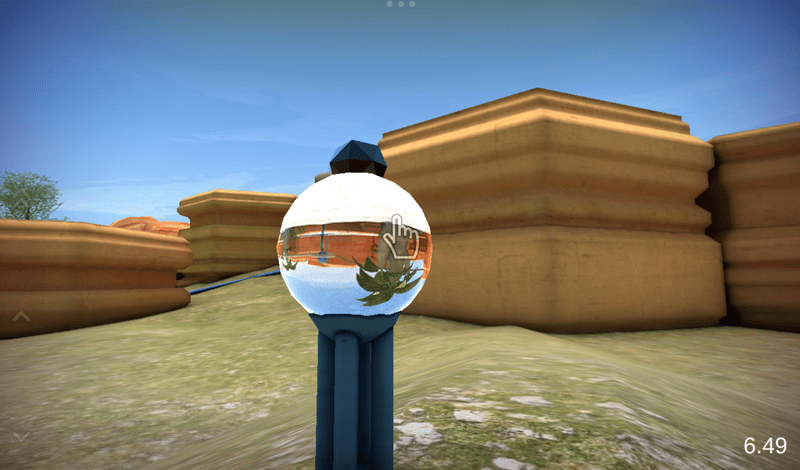 XON 3 as much as the previous episodes offers two control schemes – onscreen arrows or no onscreen elements with the two sides of the screen responsible for moving and interacting. You can calibrate the sensitivity and I find that just like in the previous games, the minimum sensitivity is the most comfortable for me. Otherwise, the speed of the motion gets dizzying and it gets too difficult to move and look around. 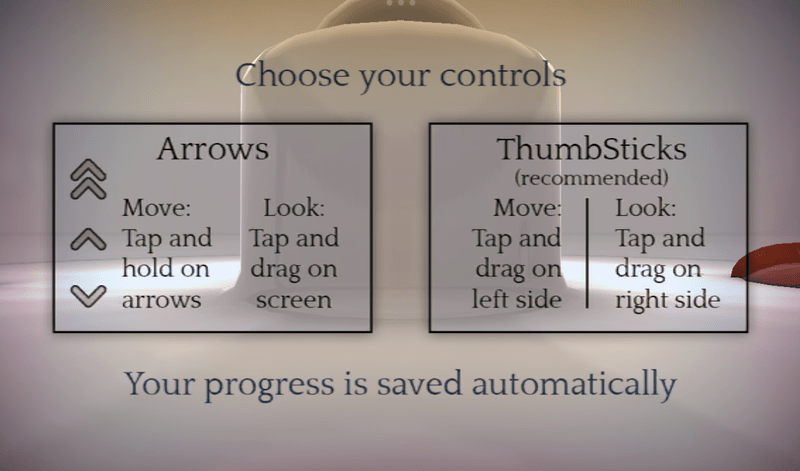 The one thing I miss is an option to revert the axis because the default one is counter-intuitive for me, and I am having trouble turning where I need to turn. But that’s my personal little complaint; maybe my spatial skills are awful and I was never meant to be an astronaut.

Overall, when you get used to the controls and calibrate the sensitivity, moving around and exploring is quite a hassle-free experience control-wise, and you can focus on the gameplay.

If you have played the previous two episodes, you would probably sort out the third one faster than those due to your experience with this particular kind of gizmo, which is unlike anything else you might have seen in the puzzle games. If you are new to the series, you might need a walkthrough of the first few puzzles just to get to the grips of how this gizmo works. You can find the detailed guide on the developer’s webiste, and we will most likely be compiling some tips and tricks without giving you too much of the spoilers.

The game features a series of areas and quite a few side-puzzles that are not imperative to reach the ending, so you can walk around solving those. If you are a stubborn player, and prefer to figure out the puzzles on your own, you might restart a few times, but the overall play-through might take you a few days, depending on how much free time you have on your hands. If you are extremely determined, though, you might probably make it in one day. Would you want to replay them when you’re done? If you are familiar with the series, you should know the answer. If not, you can try the first episode to get a general idea of what XON is – it’s free, but mind that the controls have been significantly improved after the first release. 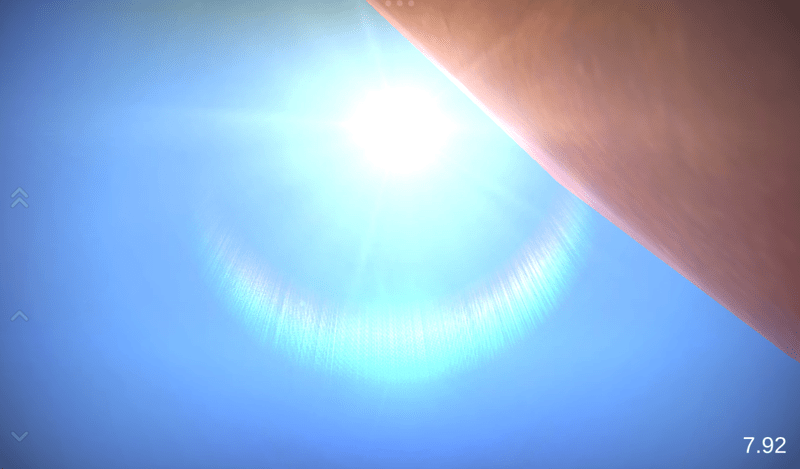 Now, I don’t know much about the construction materials, but what I do know is marble is very expensive and posh looking, so every single item that’s part of this weird alien architecture looks dazzling. The glossy surfaces with detailed textures make me feel like I want to touch them they’re so damn real. The developer says he’s making world, and in this game he did create an entire world. Even though it’s not that huge, but it looks, feels, sounds and plays as if it was real, which in my humble opinion is a success.

Notably, XON Episode 3 does not have music. Neither did the previous two episodes. What you hear is the soft breeze, a gentle whisper of grass and a current of water running somewhere in the pipes. The gizmo you turn and press, push and pull makes sounds, too, like polished, smooth moving marble pieces, clicking crystals, firm yet manageable levers – and those are delightfully realistic. This is probably one of the few games that clicks well in the sound department without a soundtrack. 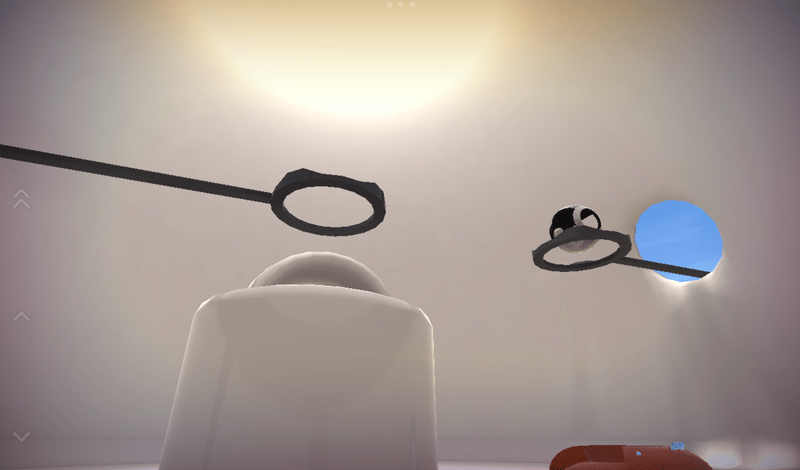 According to the developer, there is the fourth installment in the works, and it is going to be final. XON Episode 3 is a stellar entry in this sci-fi series, sporting highly polished visuals, smooth mechanics, a unique alien atmosphere and a slew of chambers to wreck your brains around. Some long-time XON fans say the third installment puzzles are easier, but I am enjoying it just as much or even more than the previous two installments. With its uniqueness, brain challenge and visual chic, XON Episode 3 comes at affordable $1.29 and it’s very well worth the purchase.