XON Episode One and Episode Two is a superb puzzler inspired by Riven and Myst. It is visually dazzling, breathtaking, intensely atmospheric and maddeningly unusual. Forget everything you think you know about puzzles and leave your expectations behind the door as you launch this game for the first time. I strongly recommend you play with your headphones on. Not for the music, because there is none, but for the ambient sounds that make it a tad easier to understand what is going on. 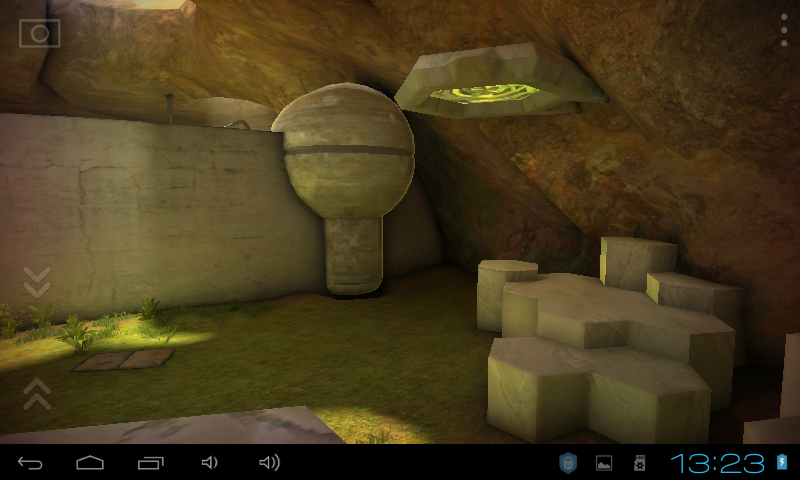 The first ten minutes or so of the gameplay, I felt like Alice in Wonderland, or better, in the Rabbit’s hole. The game gives you no tips, no directions, no instructions as to where you are, what you should do, and what is the objective. All you know is what it says on the Google Play description page, and there isn’t much.

Alone, clueless and lost, you find yourself in a strange but beautiful world. If you read Martian Chronicles by Ray Bradbury, you must recognize the atmosphere of an alien world, which is neither hostile, nor friendly, but undoubtedly beautiful and inviting to explore. I let my imagination go loose because a game as visually gorgeous and unusual as XON needs to have a story. Since I haven’t reached the end in neither of the two games, I am still guessing, but what I know so far is I’m stuck in a place that feels like a planet other than Earth, but very much like it.

It has a blue sky, and a beautiful shining sun. Its grass is lush and green, and the flowers and trees look very much earthling. However, the room for exploration is limited, and even though the place looks like a park that’s man-made, or alien-made, it is of technogenic nature, and it is absolutely clear the technology is alien. 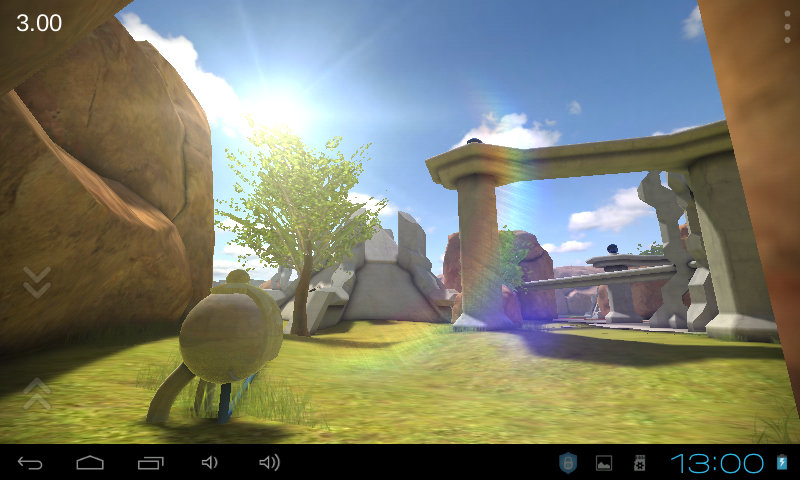 There are beautiful and large marble structures, stone gates, pipes and odd marble balloons with crystals, odd signs, and large groups of shining blue crystals all over the place. There are alien machines with alien signs on them, caves, rocks, passages, tunnels hidden and obvious, and then, there is the maze.

Alone, clueless and troubled, you begin your exploration. Before you start looking for the logic behind the puzzles, you might feel desperate. That’s where I imagined how a lone astronaut doomed on an abandoned alien planet must feel – desperate to the extent of madness. And that’s what I indulged myself in – running in circles around my prison, banging my head against all doors, trying to peek in the tiniest splinters in between the rocks. If there was a way to scream and tear my hair out in the game, I would have done that. The way XON leaves you unguided is maddening until you accept the inevitable and start trying to figure out the alien patterns. 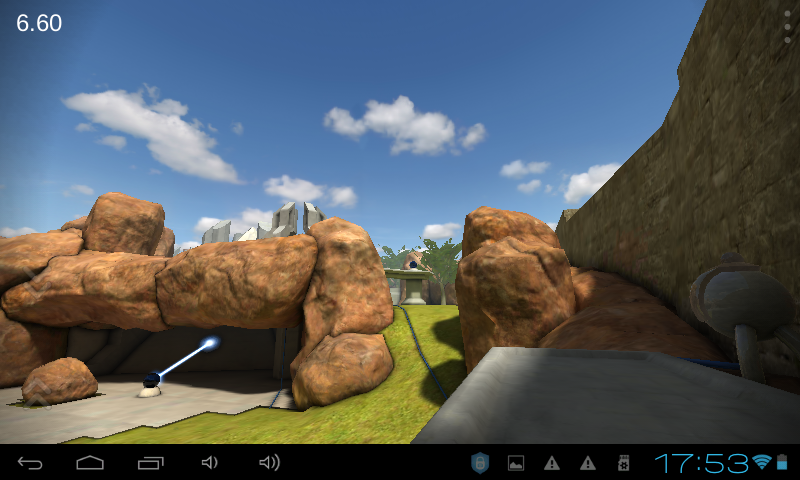 You walk around the place finding the objects to interact with, and when you find them, you have to tap on them to see what happens. As far as I understand, the pipes let the energy that sounds like water run to the gates, or rather an engine that opens the gates. Your aim is to switch all the marble balloons in the right direction to let the energy from large blue crystals flow to the gates engine. You know when you have turned the marble balloon in the right direction when the crystal on top of it lights up.

The tricky part is some things are located in different places and when you activate something you don’t know how it affects other objects until you make it back to where you started. Another tricky part is even though the game saves, some things would switch off by themselves.

I know for a fact that I’ve lighted all the marble balloons and saved my progress. The next day, half of them were off, and two hours in the game they are still off. The machine I am mingling with lights up, and when I walk back to the other room and then go back to the machine, it is off again. I feel desperate and tempted to watch the entire walkthrough on YouTube, but that would take away the rewarding feeling of victory when you solve puzzles by yourself. Now, there is an obvious improvement in XON Episode Two from the Episode One, even though the controls system hasn’t changed. It is a first-person exploration game, and your eyes are your camera angle. You turn by swiping your finger left, right, up and down and at different angles. You can only walk ahead of you, or step back by tapping on the arrow buttons located in the bottom left corner of the screen.

Episode One mechanics feel too fast and too jerky in my device, which contributes to dizziness and disorientation quite often. In addition, there is a lag between the turning command and change of scenery, as if you were watching a web cam transmission with huge gaps in broadcasting. This, too, contributes to difficulty in navigation. There is no way to adjust or calibrate that.

Episode Two is a significantly smoother experience with options to choose from three speeds for your movement, and no lag between the command and visuals, so the orientation and navigation problem has been solved. Nonetheless, the absence of strafe controls, and the reliance on forward/backwards and spanning controls feels somewhat alien. 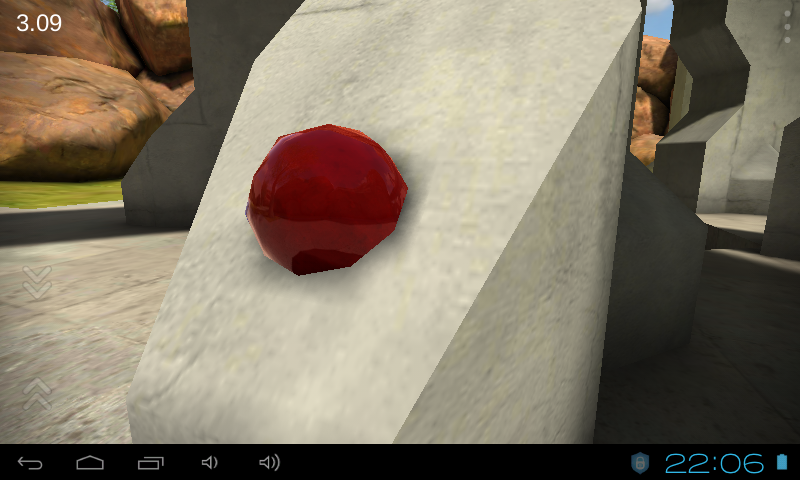 XON is a visual delight. Everything looks and feels intensely realistic and polished, and the multitude of little nooks, caves, and alien objects look dazzling. The shiny light marble reflecting surrounding grass and sky, the sun rays and colorful spectrum in the tree leaves, the lush grass moving along with the wind – everything is real, and so desperately abandoned. Sometimes, it felt like there should be a human or an alien behind the closed gate, waiting for me to solve the mystery, but alas. The aliens, or humans from another galaxy, have abandoned the place, or at least that’s the conclusion I draw being stuck in the initial stages of the game. 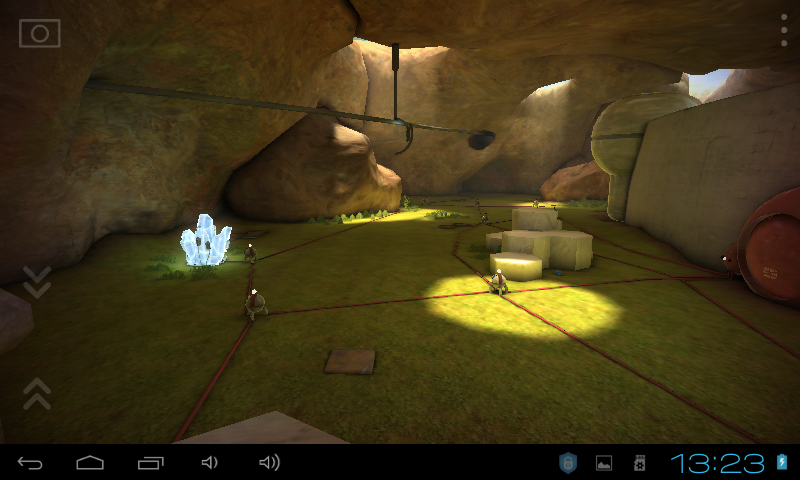 There are no in-app purchases in neither of the games, the free and paid episodes.

Undoubtedly, a challenging experience, XON is harder than Myst, but easier than Riven. It is unusual, even alien, but has logic of its own. Beware of the maze, though. Sometimes, you find a tunnel, or a cave by following a tube, and in some cases, it leads you somewhere. For example, I crawled up the rock into a small tunnel that let the tube go somewhere else, and fell into a chamber through a shining, transparent sphere – a creepy experience that made me think of another sci-fi classic Solaris by Staniskaw Lem, and the Sphere movie with Sharon Stone. Weird, but the sphere chamber had an exit, but once I crossed the opening and turned back to look at the chamber from the outside, there was no opening, but a huge rock, and there was no sound of a closing door, either. After that, I was expecting my most intense fears and dreams materialize in front of me. Luckily, XON does not do that. 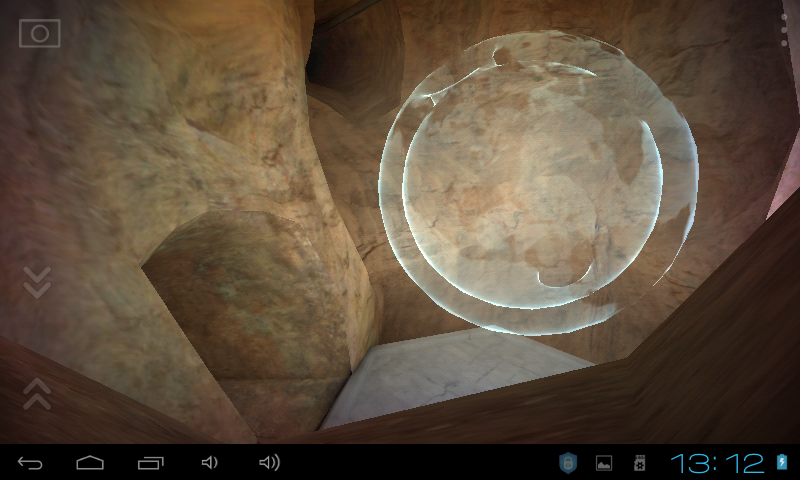 On other occasions, you would cautiously enter the dark tunnel only to get lost, disoriented and scared. On two occasions I felt desperate and nearly re-started the game when I could not find my way out of the dark cave because I lost sense of direction in total darkness, and could not find a way out for several minutes.

What XON does is sort the gamers in three categories – hardcore puzzle fans who take 15 minutes to solve the entire episode; people like me, who wander around exploring the place and looking for alien life without much hope to solve the puzzles without a hint or a walkthrough; and finally, those who uninstall the game after some 20 minutes of clueless attempts at finding the exit. 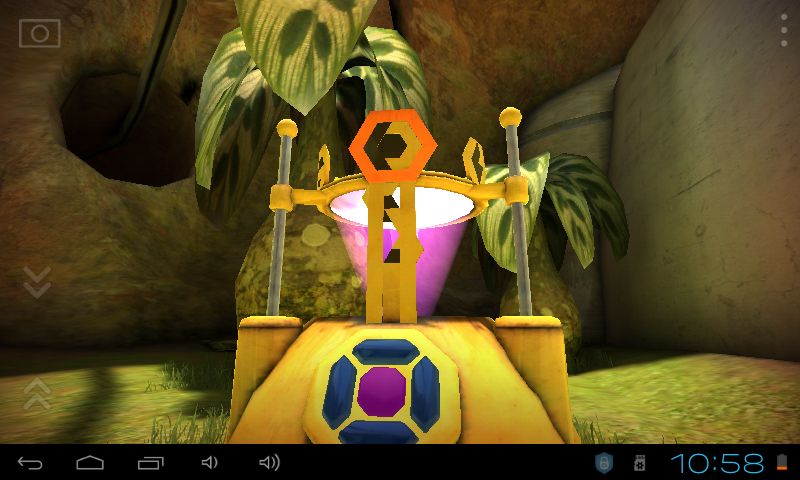 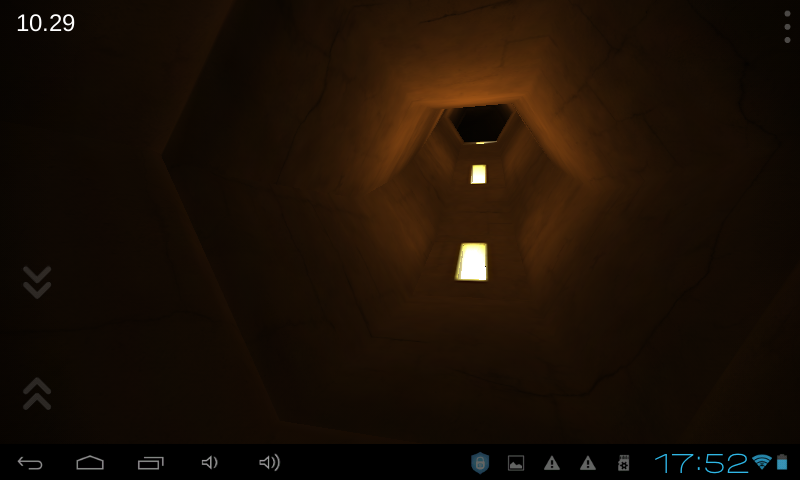 Solaris, the Sphere, the Martian Chronicles, and even Out There multiplied by Riven and Myst is what this odd, yet brilliant game is about. Yes, it tasks you with solving puzzles and activating alien technology to open one gate just to find yourself in the next chamber or park, where you have to solve another alien technology mechanics. No, the game does not give you a clue on how to do it. Neither does it suggest you can hope to meet an alien or a human at the end of your journey. But the large variety of unexpected places with wondrous and odd things to explore and marvel make this a superb experience unlike any other. I recommend the game wholeheartedly, but suggest you leave any expectations you might have behind and experience the wonders of discovery with an open mind.