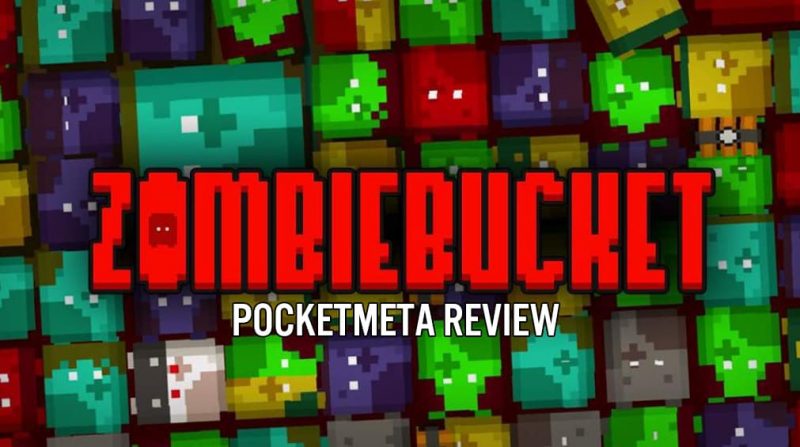 Everyone loves a good arcade game that gets you hooked early and stays entertaining for hours and hours. Today, we’re taking a look at Zombiebucket, which just might be that kind of arcade game — if we’re lucky. It’s a match game where you connect zombie tiles by drawing a line through the same color zombies, so long as they are adjacent or diagonal to the previous one (meaning no tile swapping or anything like that). Sound interesting? If so, read on to find out more!

Not your typical zombie game

Okay, it may be your typical zombie game in the sense that you’re killing them, but instead of doing so with guns and melee weapons, you’re doing it via puzzle. Of course they are still blowing up to explosions, lasers, etc, but you’re simply pointing out the targets instead of pulling the trigger. The pixel-art style works really well for this game, and all of the zombies (including the collectible ones) look great. It’s nothing groundbreaking, but the game runs really smooth, has nice animations/sprites, and that’s pretty good in my book. It looks a lot better on an iPhone than an iPad, but still completely playable either way. 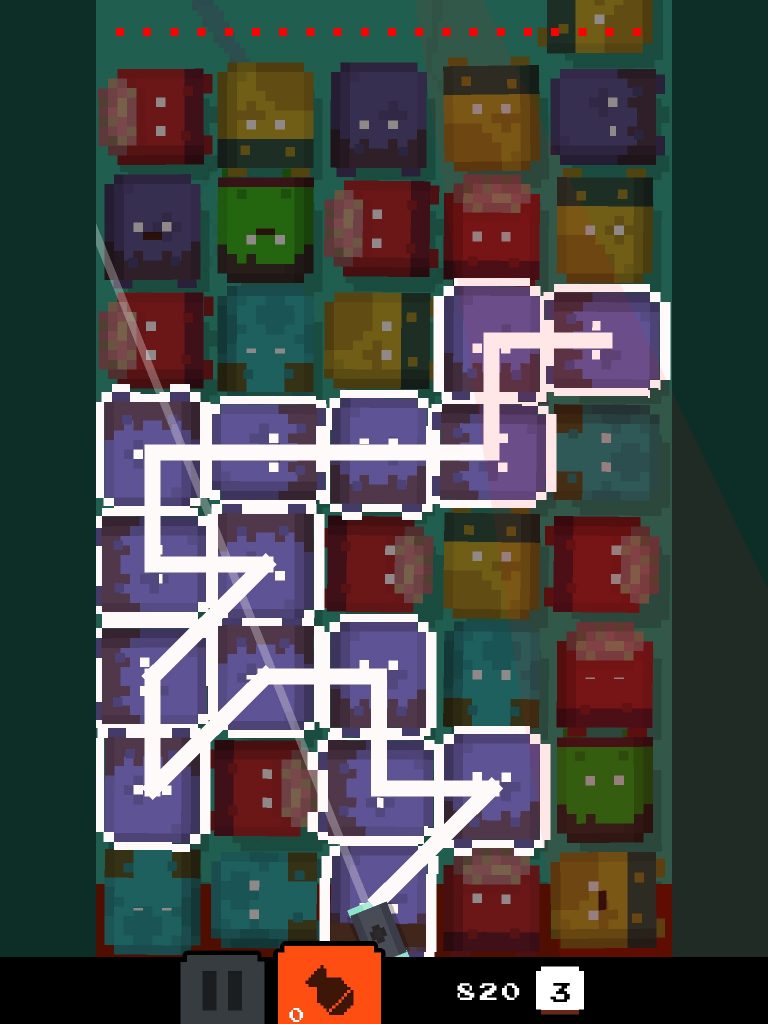 As for how the game works, you simply need to connect any two or more zombie tiles of the same color that are within one tile of each other — this can be directly to the side, above, below, or diagonal to the previously selected tile. By connecting more zombies in a single chain, you’re not only going to score a whole lot more points, but you’ll also extend the game a lot longer. The reason why, is because every time you make a move, three more zombies fall into the bucket. Once your bucket is overflowing with zombies, you lose the game. Zombies also fall into the bucket passively as time goes by, and the rate gradually increases as you advance levels.

Now that you know the basics, lets talk about some of the other mechanics that help make Zombiebucket a bit more unique in it’s genre. First, you’ve got special zombies that help clear out extra zombies when you chain them, which isn’t an entirely unique mechanic — but there are a variety of different reactions you can get from these, and they become more powerful with a longer chain of zombies involved. That means you can execute the special zombie just by matching two of the same color, but you’ll get a much less powerful reaction than if you were to match 10 of them with the special one. There are also gray zombies that appear from time to time, which can only be removed by executing a special zombie and making sure the gray one is going to be a casualty. 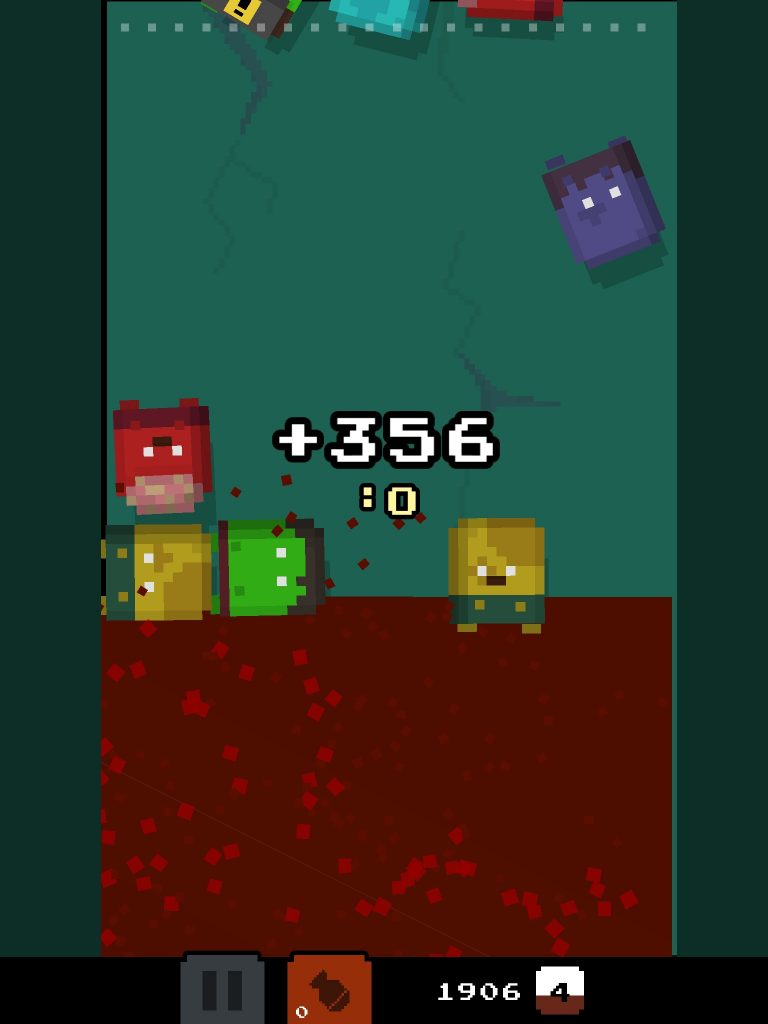 There are also the split colored zombies which appear in later levels, which allow you to basically change the color you’re matching in the middle of a move. For example, you might see a zombie that is half purple and half green. With that, you could start connecting purple zombies, and when you get to that one, you can then connect to either purple or green zombies after. However, you can’t go to a green and then back to a purple, as you need to continue with whichever of the two colors you choose after the split tile. There’s also white zombies that show up every so often, and these are basically just a wildcard, allowing you to change to any color you want mid-chain.

Early on, you’re going to be fine just matching 3 or 4 zombies at a time, as you really only need to worry about the three that fall down with each move. However, once you get to around level 5, the passive rate increases to where you really need to start chaining at least 5 zombies per move. Because of this, the two big mechanics I just mentioned can make or break your game.

Addicting with some flaws

Zombiebucket isn’t just about seeing how many points you can score. Every time you play, you get brains based on how many points you score, and these brains can be used to upgrade your “bucket”. There are five different buckets you can purchase, and each one starts at a different stage and has unique bonuses — such as xx% more brains, less gray zombies, etc. Once you’ve unlocked a bucket, you can upgrade it with more brains to add better bonuses to it. It’s easy to get a few hundred brains per game, but the higher tier buckets get pretty expensive, as in tens of thousands of brains.

I would be lying if I said I don’t have a recurring urge to play Zombiebucket, but there are a couple of things that make that difficult. The biggest thing, is the frustrating “lives” system, which I can only hope is a dying mechanic is mobile gaming. Essentially, you’ve got five lives, and you can’t play once you’ve run out of lives. They reset gradually over time, or you can refresh all five of them for 2,500 brains. 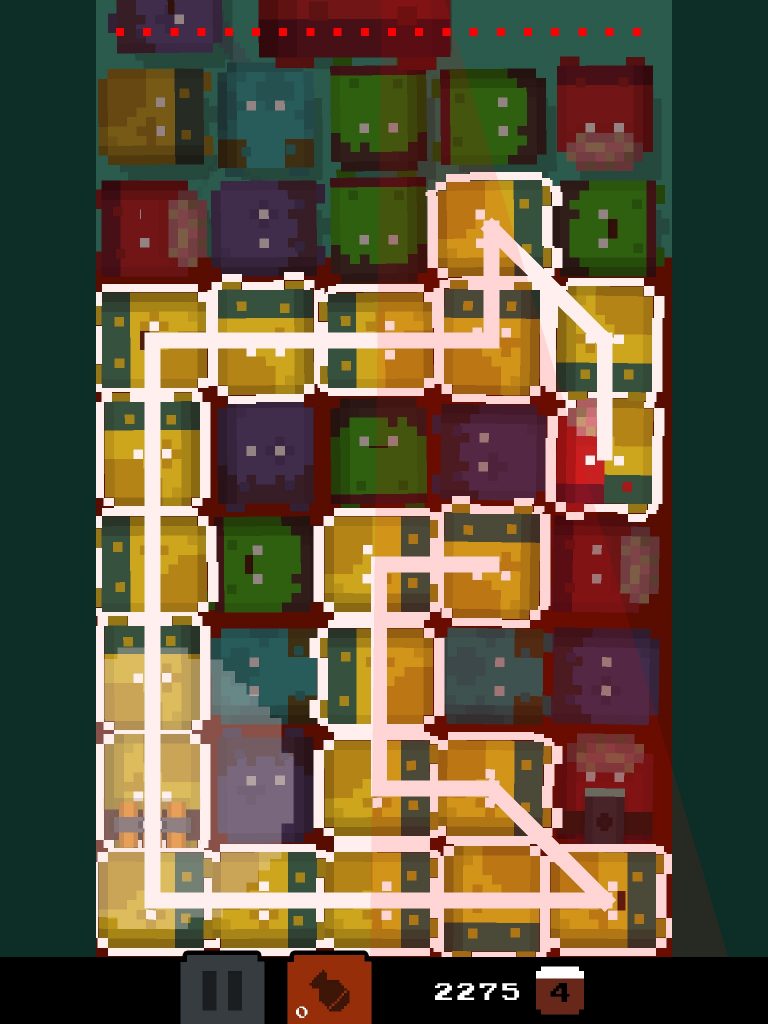 Fortunately, brains are the only currency in the game, and since you get them from just playing the game, it is possible to just keep playing. The problem is, if you spend brains on refreshing your lives, you really don’t have any left over to upgrade your bucket. It is unfortunate that a game with such addicting Gameplay ends up restricting how often you can play, but at least they do make it possible to keep playing without paying.

I was tempted to give Zombiebucket a 2 or a 2.5 for IAPs because of the lives system, but I actually liked how the pricing was set up for brains. There are three options: 20K brains for $1, 50K brains for $2, or 1 million brains for $7. Buying a million brains essentially would unlock the game for you, as you’d have more than enough to buy the best bucket available and fully upgrade it — with plenty left over to spend on life replenishment. Also, once you’ve got the best bucket, there’s really no need to save your brains anymore, so you’ll be able to keep earning enough from playing the game to replenish your lives. The $2 package gives you just enough for a titanium bucket (2nd to best), but would leave you with nothing left.

Fast paced color connecting action is what you get with Zombiebucket, and it is pretty awesome. There are enough unique mechanics in the game to keep it interesting time and time again, leaving you with that inner voice that just keeps saying, “okay, one more try”. A couple of areas could use a bit of tweaking, but for the most part, this is a fantastic arcade game that is free to download — so you should definitely check it out.