The November update for Windows 10, also known as Threshold 2, was one of Microsoft’s weakest ones thus far. The new build had way too many bugs for such a widely circulated update and Microsoft took its sweet time before issuing out the fix that amended the unwanted changes made by the update such as reverting privacy settings back to their default configurations. And while the latest build is finally safe to use, there is no telling what will happen with future builds. Through this post you will learn not only how to roll back builds but also how to uninstall specific updates in case the automated system breaks something in your PC.

Builds are separate from normal patches and updates because they usually bring big and important changes to the operating system. As such, Microsoft provides a different way of uninstalling them than it does for normal updates. To see what I am talking about, open the Settings and go to Update & Security > Recovery. After installing a new build, there will be an option that reads “Go back to an earlier build”. Clicking on the “Get started” button underneath will allow Windows 10 to roll your computer back to a previous build and Windows Update will skip to the next major build, whenever that becomes available. This basically means that you cannot avoid the major builds forever, just like you cannot avoid the regular updates. 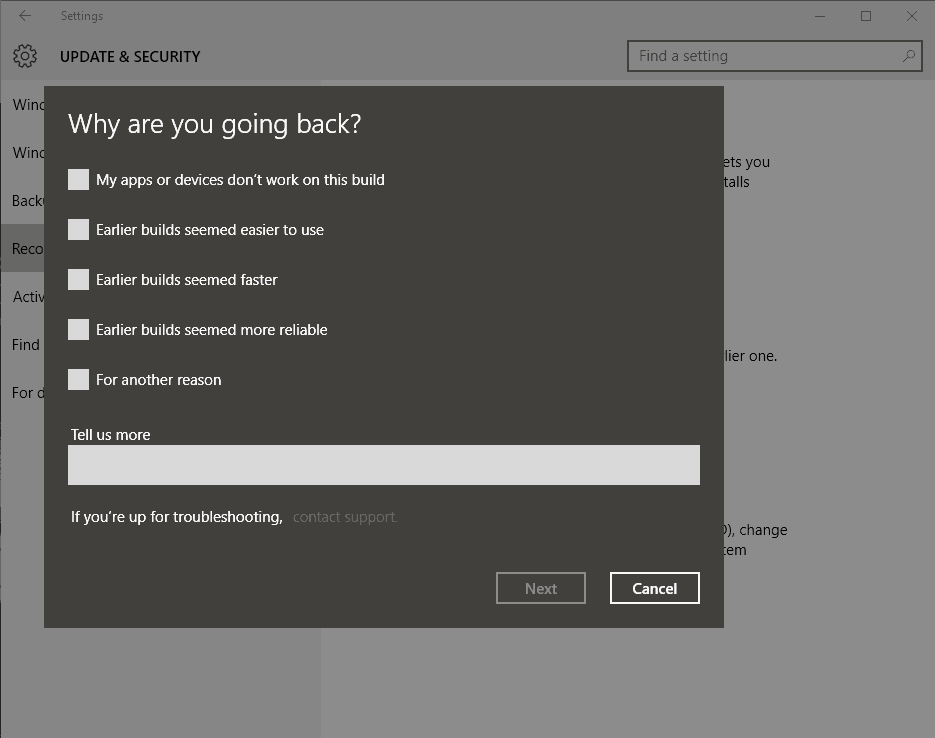 Of course, major builds only arrive every few months in the stable channel so unless you are on the Windows Insider program, you have nothing to worry about. If you do not see the option to go back to an earlier build, it is most likely because Windows 10 automatically deletes files of old installations 30 days after upgrading.

In case it has already been more than 30 days since the original installation and you still want to get back to an earlier build, I am afraid you are pretty much out of options. Microsoft is very strict about Windows 10 so you cannot simply go to its site and grab an earlier version. Furthermore, your current build will be kept even after you reset your PC in order to save precious time. While that is good for other users, it means you will have to deal with the current build until a new one comes along or a patch fixes the problems you are having.

Since updates in Windows 10 are automatic, there is a pretty good chance one of them will inadvertently break something in your system. Windows 10 might have a flash new interface for updates but the uninstallation menu is exactly the same as it was in previous versions of the OS. The quickest way to access that menu is to type view installed updates in your Start menu and press Enter. You can also get to this menu via the Window Update section of the Settings. Just click on “Advanced options”, then on “View your update history” and finally on “Uninstall updates”. 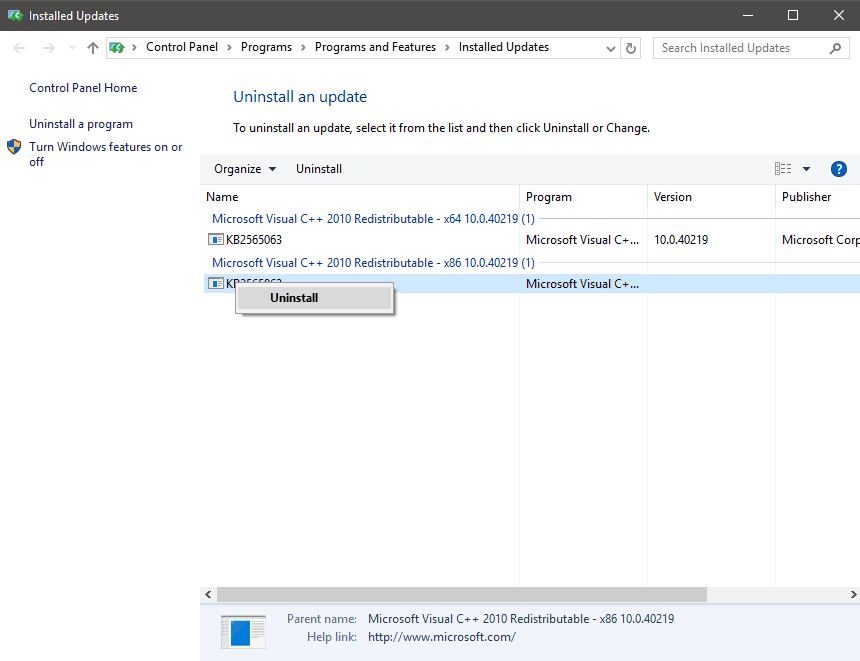 Once you are in the “Installed Updates” window, right-click on the item you want to remove and select the “Uninstall” option. Unfortunately, some updates simply say something like “Update for Microsoft Windows” so you will need to know their KB numbers in order to find exactly what you are looking for. Also note that this menu will only list updates that have been added to your system since you installed the previous build. So if you installed the November update, there is a pretty good chance the list will be extremely limited.