Apple iOS 8 is all over the headlines, with the early adopters hopping on the train. If you sport iPhone 4S or newer, iPad 2 and newer, or iPad Mini and Mini 2, you can get over-the-air update available from Settings -> General -> Software Update. Before you proceed, consider the following: 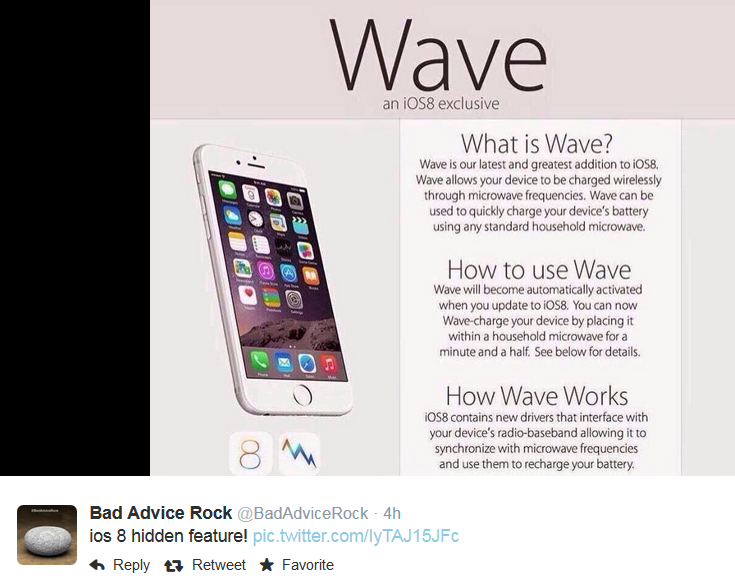 You will now be able to scan your credit card to process payments from your iPhone’s Safari browser.

You can now wake Siri by saying ‘Hey, Siri’ provided you enable the feature. You don’t want to have it enabled at all times since it’s a major battery drain, but having it on when you drive is a game changer. Siri can now launch apps and install apps from iTunes, but it currently cannot launch the iTunes. Oh, and Siri can now identify music using Shazam.

Kids under 13 can now have their own Apple accounts, and households with multiple devices and accounts can share the same payment options. Apple addresses numerous parents’ concerns that stem from largely unregulated in-app purchases and iTunes purchases their kids have been making thus far. Now, kids with accounts that tap into their parents’ payment option will have to request a purchase, while the parents will have the options to authorize or deny.

If the family members have location sharing on, users will be able to see where everyone in their family is in real time.

“Our business model is very straightforward: We sell great products. We don’t build a profile based on your email content or web browsing habits to sell to advertisers,” he wrote. “We don’t ‘monetize’ the information you store on your iPhone or in iCloud. And we don’t read your email or your messages to get information to market to you. Our software and services are designed to make our devices better. Plain and simple.”

If Jennifer Lawrence and Kirsten Dunst had to suffer so that all iOS users could enjoy beefed up privacy measures against NSA and hackers alike, they can rest content their unwilling sacrifice was not vain. 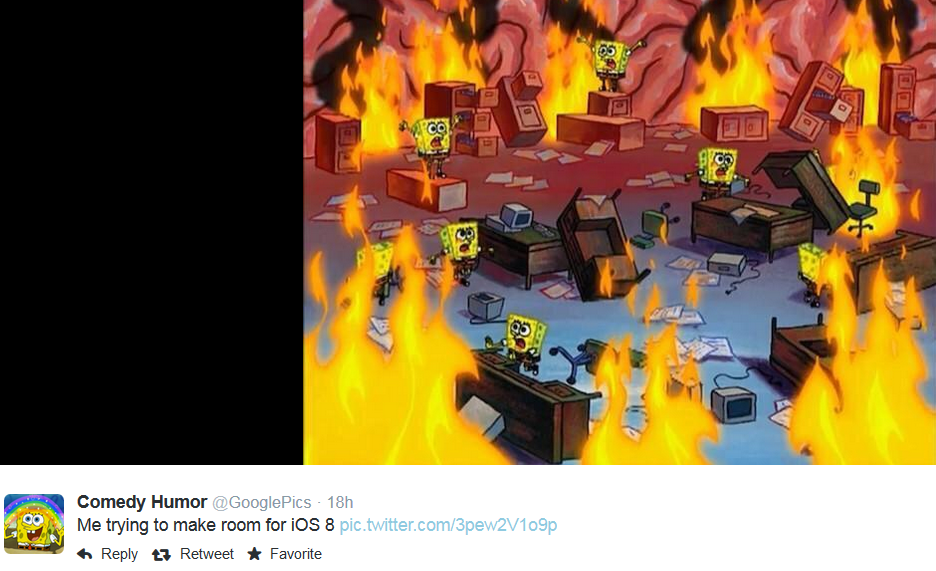 T-Mobile is currently the only operator supporting the Wi-Fi calling feature users can resort to when the wireless carrier’s coverage is poor.

As of now, iPads and iPhones can enjoy the new feature while Mac devices will join in the party when OS Yosemite rolls out next month. Continuity lets you receive phone calls from your iPad synchronized to your iPhone. Both devices have to have the same Apple ID and be connected to the same Wi-Fi network.

When enabled, this feature Send Last Location has your iPhone send its location to your account when the battery runs dry. This will make it easier to find a lost phone, but won’t help much if the device gets stolen.

Instead of typing a text message, you can now send a voice message – a feature some users welcomed with dark sense of humor: 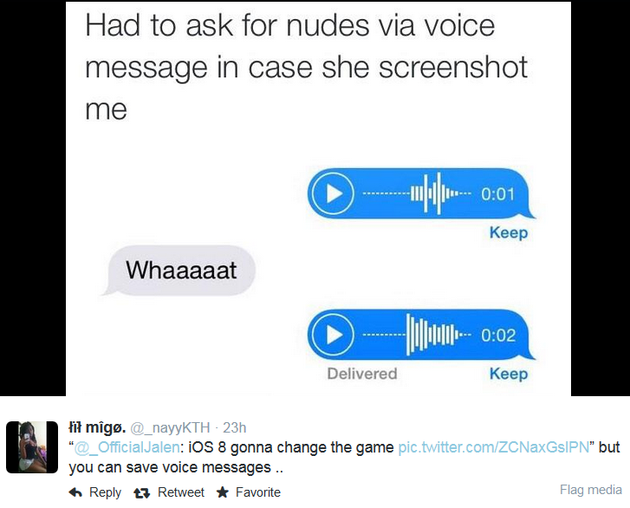 The Notification Center has been enhanced with Today view and a slew of new options. Now, users can reply to text messages right from Notifications area without switching from the currently running app while widgets can be customized without switching to Settings. Better yet, users can swipe to dismiss a notification. Widgets will keep rolling out in the upcoming weeks, and most likely, this feature will be the best in the gallery of iOS 8 productivity enhancements list.

iOS 8 introduces a new option found in the Settings’ usage menu, which displays which apps and games consume the most of the battery juices.

iOS 8 might have some users scratching forehead, so for the first time in iOS history Apple introduces a help tool called Tips designed to help users navigate the all-new iOS 8 seamlessly. Apple also launched iOS Tips and Tricks website that offers simple instructions on how to use cool new iOS 8 perks, and will be updated with new manuals on a regular basis.

App Store Will Remember Everything

That can be both a blessing and a curse, depending on how you view it. iTunes will remember all your searches – apps, songs, games – not only entered manually in iTunes search bar, but through Siri’s voice input and the ones you enjoyed in iTunes Radio.

Long-Swipe to Delete an E-mail

Besides right-swiping to delete an e-mail, you can customize the left-swipe to stand for Flag/Unflag and Marks as Read/Unread action.

Even though Apple is proud of this enhancement, users aren’t overly impressed – predictive typing is limited while third-party keyboard apps alarm users requesting full access. Decide it for yourself whether you like the native app, or a slew of colorful third-party keyboards.

Tap Settings General -> Accessibility to enable Grayscale option, which renders your iOS 8 UI well… gray. It looks retro-stylish, and may extend your battery life in times of deficit.

On the one hand, Camera roll is gone, and many users’ image gallery now looks like this:

On the other hand, iOS 8 introduces controls for focus and exposure (even before you take the picture), as well as time-lapse video feature.

Camera app now has a timer for delayed pictures, which sends many third-party apps to oblivion. Another newcomer is the ‘Hide’ option, which lets you hide images and videos from Years, Collections and Moments. They will be visible in the albums view in the ‘Hidden’ album.

Double-tap to see your most recent contacts and your favorites along the recently used apps and games. Users seem to be taking that one with humor, too: 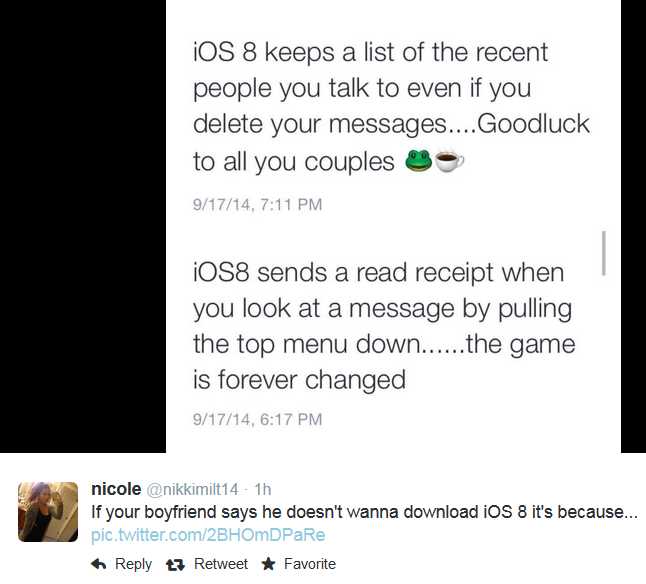 You can now mute, name, leave or share your location with the participants of group chats. Tap Details button from the conversation to bring up the options.

Now, Apple taps into The Weather Channel directly, instead of Yahoo Weather, so forecasts are more accurate, with up to 9 days expansions, as well as an hourly view for the next 24 hours, spiced with short descriptions of what’s coming.

You can note paste images, including GIFs to your notes in the Notes app, if you are using it.

Ta-dam! You can now delete albums, songs and artists in iOS 8, so if you are not an avid fan of U2, try out the new swipe to delete feature. Also, you can add songs to Playlists from other playlists.

Have your old messages auto-deleted after 30 days or a year of storing, and free some storage real estate. You can now batch-save attachments within Message threads.

Of course, there are a lot more perks to explore, and we’ll be posting tips and tricks in the upcoming weeks.