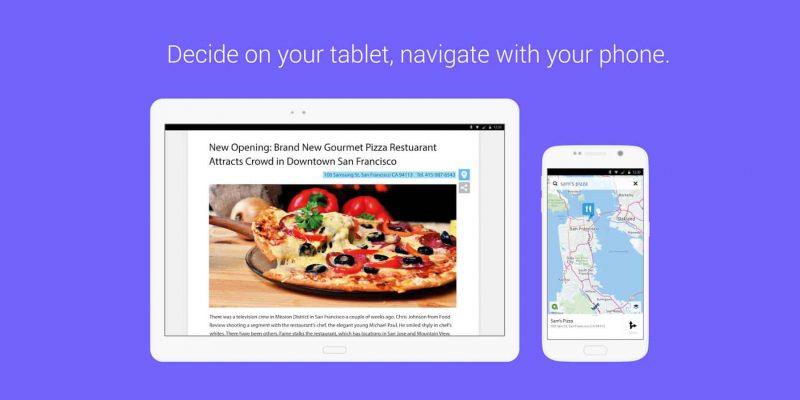 Last year, Samsung announced they’re going to launch the Flow service, which is basically like Apple Continuity, only for Samsung devices. In case you missed this one (so far that is), Flow lets the user start doing something on one device and easily switch to another and continue whatever they started on the second device. Samsung launched the Flow app today in the Play Store, but you should know it only works for Samsung devices.

For example, you can start browsing an online store page on your tablet, and continue reading it on your phone. But there’s more you could do with Flow. You can click on a URL on one device and have it open on a different one, but you can also pause any kind of activity and resume it later. 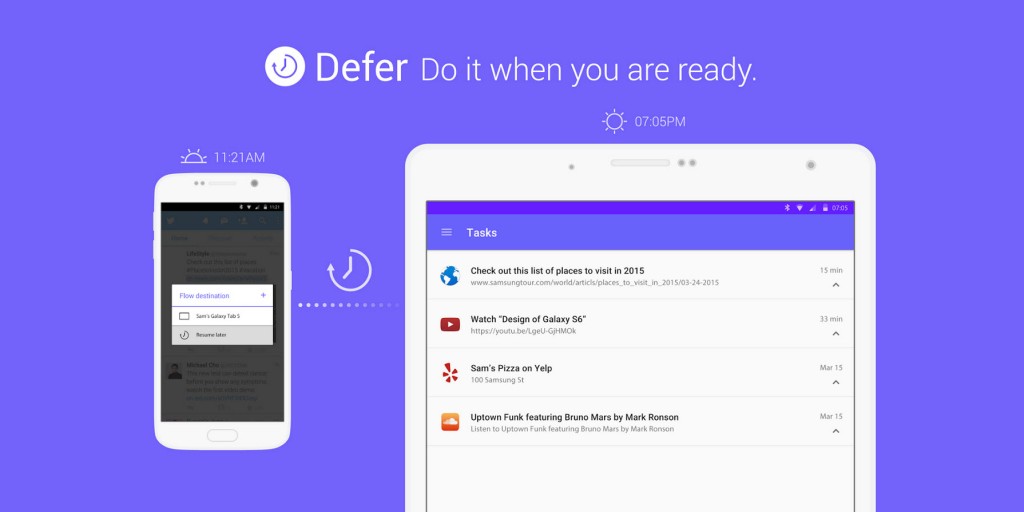 The service relies on Android’s share technology used to transfer activities between devices. Samsung wants more Flow-ready apps, which is why they are already offering a comfortable solution for devs that want to make their apps work with Flow. The service supports a limited number of Samsung devices – at least for now. The list is comprised from models S5, S6, S6 Edge, Alpha, Note 4, Note Edge and Tab S, all from the Galaxy line.

The company plans to extend Flow’s support to an increased variety of Samsung devices, from TV sets to wearables and laptops. Just like Apple’s Continuity and Handoff features work just on their own devices, the Flow software is exclusive to the Samsung brand, which is not necessarily a bad thing.

Flow is currently in beta so it might not work flawlessly. Also it’s limited to the United States right now, but it’s worth giving it a try even if you’re not a US resident. If you do test the app and it works, drop us a line in the comments section and share the news with the rest of our non-US readers.