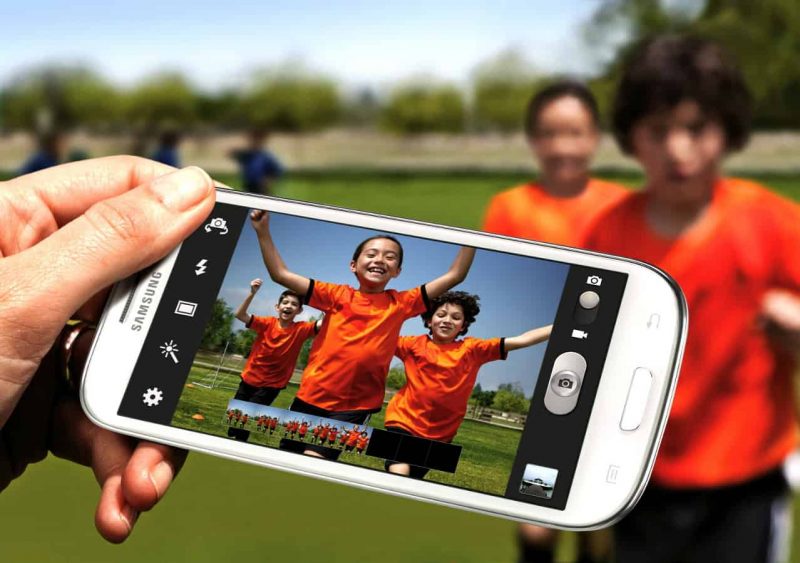 Taking stealthy photos seems like something only James Bond would need, right? Not really. And I’m not talking about sketchy stuff like privacy invasion. Taking a snapshot of your brother sleeping in an otherwise hard to explain posture, of friends goofing around at parties, and great moments that could be easily ruined by the sound of the camera shutter or people actually realizing you’re about to take a photo.

These are just a few examples – I could easily give more. I’m no professional photographer, but I do enjoy taking photos and more often than not people are running scared from the camera, which is incredibly annoying when all you’re trying to do is capture some nice memories. Also, some of the best photos I have ever taken, were of unaware subjects – everyone is more relaxed and spontaneous when they have no idea someone is about to take a photo of them.

With that said, there’s a really simple way you can take photos with no sound and without launching the camera app on your Android device. The solution is a camera app called Quick Camera – Hidden Camera. The app simply lets you tap an icon to take a photo with no preview window or shutter sound. There’s really no other way to grab a snapshot that’s more unobtrusive.

1. The first thing you need to do is to install Quick Camera – Hidden Camera on your phone. The app supports Android devices running 4.0 or higher versions. 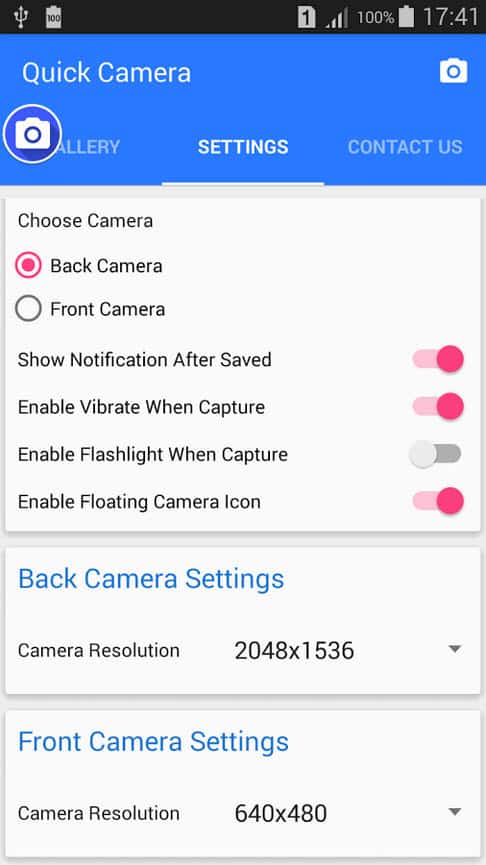 2. After you install it, you’ll have to setup the app, so open it before you do anything else. In the app’s Settings panel you can choose between the front and back camera and set the photo quality. Also, you can allow the app to send a notification after a photo is saved, make your phone vibrate when a photo is captured, enable the flashlight and make a floating camera icon show up on your screen. Nevertheless, the last two options will make the app less stealthy – using the flash can certainly draw attention.

3. To take a photo look for the “Take photo” app icon in your app drawer and simply tap on it. If you have the related option enabled, you’ll receive a notification from which you can open the photo. Alternatively, you can navigate to the photo’s location yourself as it will be stored in a folder called “Quick Camera” in your gallery app. 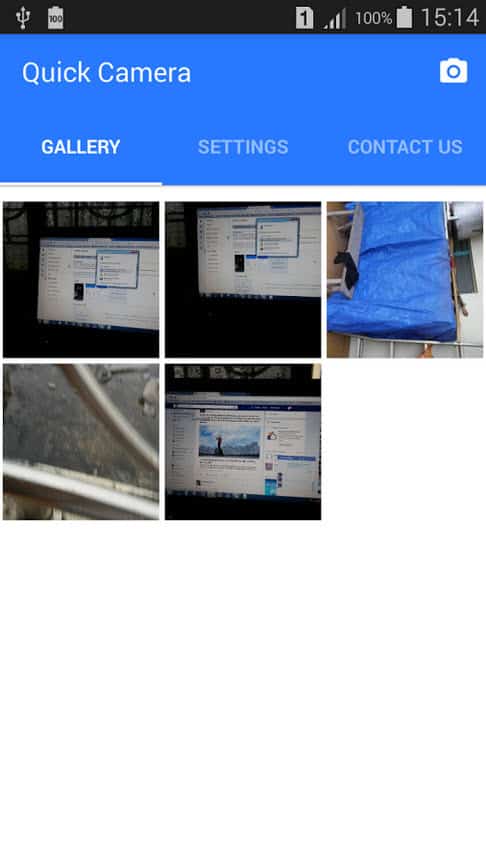 Also, Quick Camera has its own gallery, where you can see all the photos that have been taken with the app.

Note: According to the developer, it’s possible that the “Take photo” doesn’t show up on some devices. If that happens the solution is to use the app’s widget to take photos instead.

Bonus: If you don’t need to take photos in such a secretive manner, but you’d like an app that doesn’t trigger the camera shutter sound, you should definitely try Silent Camera – Hi-Speed&Quality. It does offer the preview window and plenty of settings to tweak your photos, but it won’t make that annoying sound so it’s perfect to take photos of children, pets and your sleeping better half.

Now that you know how to take completely stealth photos on your Android device, let us know how you like Quick Camera – Hidden Camera and what amazing/funny/shocking moments you managed to capture with it.

Looking for more useful how tos for your Android device? Check out our Android Guides section for the latest information on how to make the most out of your Android phone. And don’t forget to follow us on Facebook, Twitter, Pinterest, Flipboard and Google+ to receive our latest mobile how tos, and apps & games reviews for Android, iOS and Windows Phone !