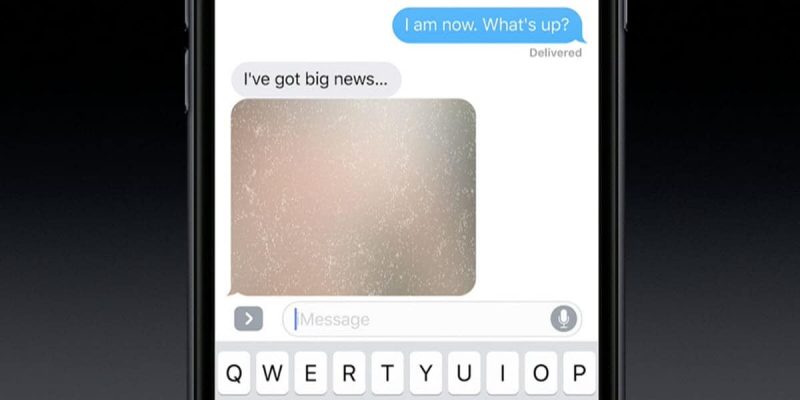 The iOS 10 Messages app has received a wealth of new features, some of which we’ve already covered. Among the most interesting additions are invisible ink messages which practically hide photos until the recipient taps on them.

This is a simple way to prevent shoulder peeking and if you’d like to send invisible ink messages in iOS 10, continue reading the instructions below.

How to send invisible ink messages in iOS 10

Open the Messages app and select an existing conversation or create a new one.

Then choose a photo for sharing or compose a simple text message that you want to send in invisible ink.

Next, tap and hold the blue send arrow icon to open the effects menu. 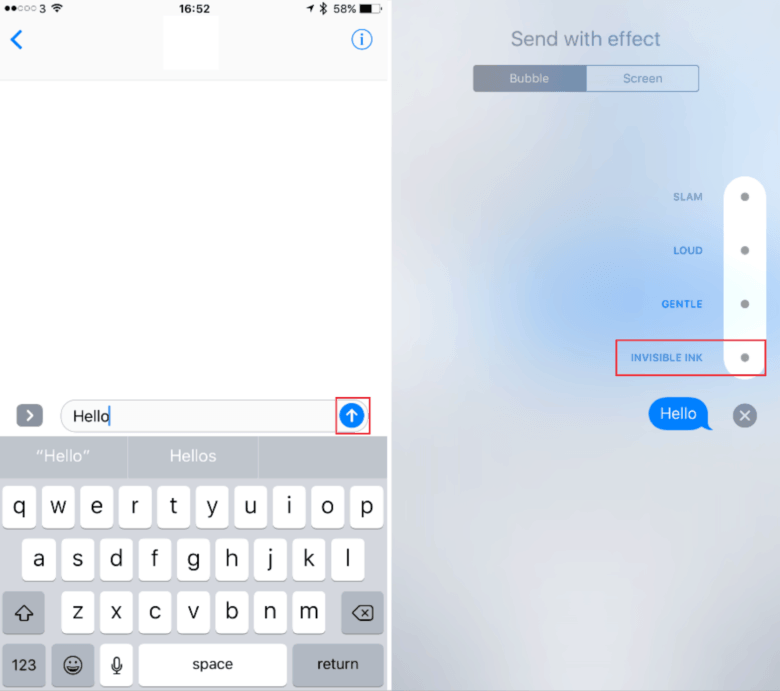 As you can see there are two tabs – one for bubble effects and another for screen effects. The first one (which is also selected by default) is the one we’re interested in for the purpose of this guide.

Now all you need to do is scroll through the list of effects until you find the “Invisible Ink” option and tap on it.

You will see your message turn invisible after which you can tap the blue send arrow to send it.

The invisible ink message remains hidden until the recipient taps on it, so no one can see it by accident. Once it is revealed it only stays visible for a few seconds, after which it automatically becomes invisible again.

Have you ever tried to send invisible ink messages in iOS 10 and do you find this feature useful?

Share your thoughts in the comments section and follow us on Facebook,Twitter and Google+ to stay up to date with the latest apps, games, guides and everything Android, iOS and Windows Phone.