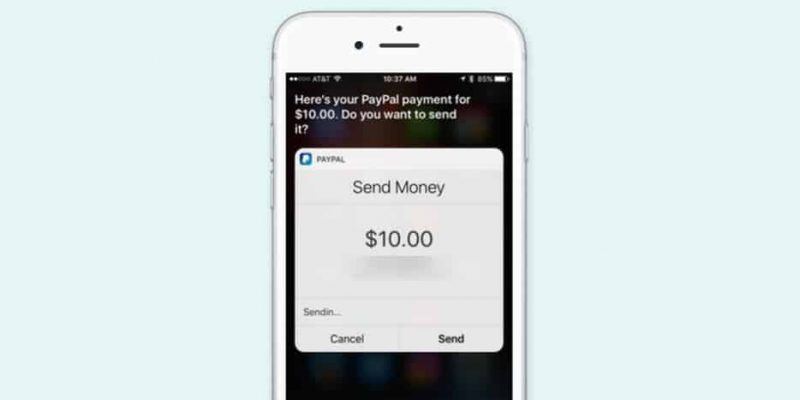 Now that Siri supports third-party app integration, it was expected that all popular apps that would need this capability to implement it. One of the latest important addition is PayPal. Yes….you can now send money with PayPal using Siri, which is very convenient.

While not many iOS users are relying often on Siri to perform daily tasks, with the new third-party app integrations things might be changing sooner rather than later.

How to send money with PayPal using Siri

To use Siri with PayPal you will need to give Siri access to the PayPal app. You just need to go through the simple steps listed below but first make sure your PayPal app is version 6.7 or higher.

Press and hold the Home button to summon Siri. 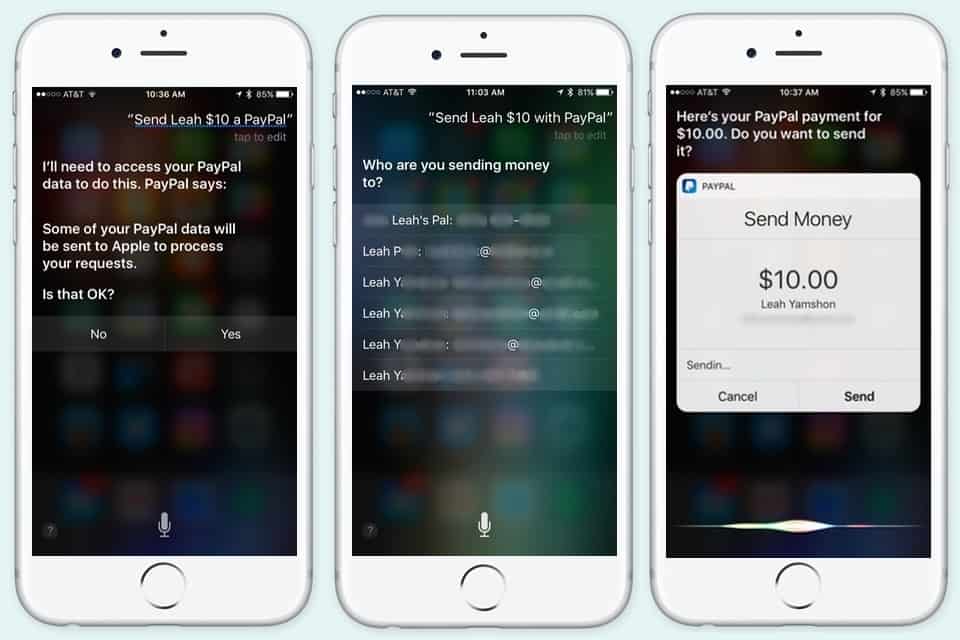 Siri will ask permission to access your PayPal data. Tap ‘Yes’ to continue.

Now all you have left to do is select the phone number or email of the person you want to send money to and hit the Send button when prompted.

For obvious security reasons, you will need to unlock your iPhone with Touch ID or your PIN to use this feature.

Also, you can use Siri to request money with PayPal by saying “Request $[amount] from [contact name] with PayPal”. The feature was made available in 30 countries from all over the world, including the United States.

Have you tried to send money with PayPal using Siri and do you prefer this method over using the PayPal app?