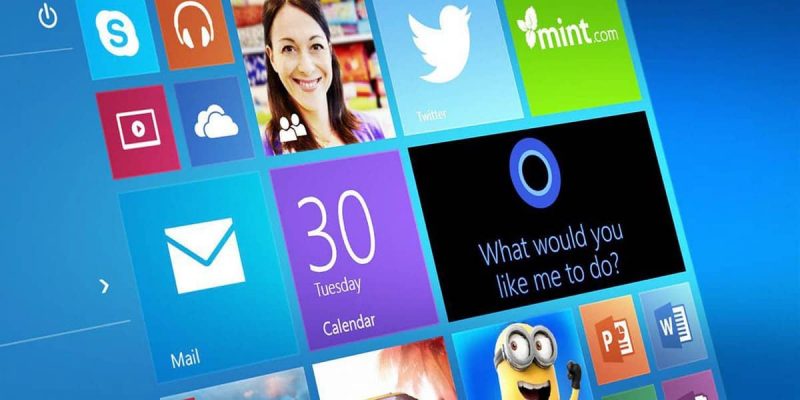 While privacy conscious people have no love for virtual assistants, the rest of us are trying to reap their benefits they offer. If you’re using Windows 10, Cortana can help you find useful information, provide suggestions but also perform various actions. For example, you can set Cortana to shut down your PC.

Furthermore, you can use voice commands to perform any of the supported actions which include opening files and applications, browsing the web, and creating reminders among others.

While it’s possible to set Cortana to shut down your PC, you will need to use a workaround for this command.

To be able to shut down the computer by giving Cortana a voice command, we’ll create a shortcut for the shutdown action and open it with Cortana. Here’s how to do it:

Press the “Win key + R” shortcut to open the Run dialog and enter the path below in the box and press the OK button: On the next screen, right-click on an empty area and go to New->Shortcut. This will launch the shortcut creation wizard. In the location field, type the command below and hit the Next button: 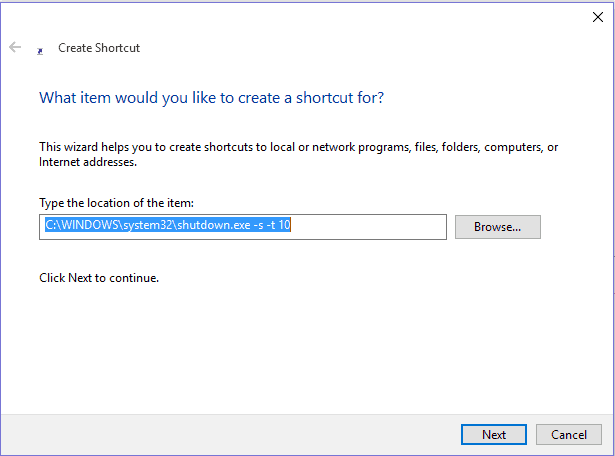 Click “Next” and give the shortcut a relevant name. We named it “Shutdown”. 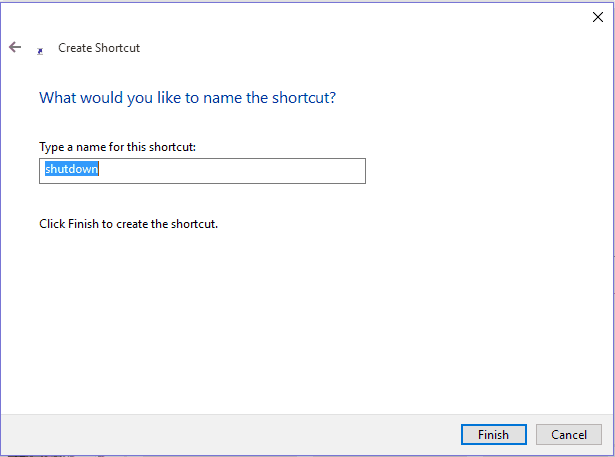 Finalize the shortcut creation process by clicking the Finish button.

Now that you’ve created the shutdown shortcut, you can use Cortana to open it. Click on the microphone button and say the command below:

Cortana will open the shortcut and the shutdown action will initiate. 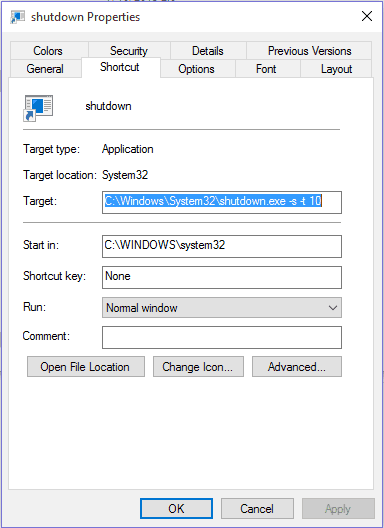 How to set Cortana to restart your PC in Windows 10

It’s also possible to restart your PC using Cortana voice commands. The procedure is just as for shutting down the computer but when creating the shortcut you will need to use this command instead:

if you don’t want a time delay for the action. Also, it’s a good idea to name the shortcut “Restart” or something similar so you know what it’s for. You probably wouldn’t want to accidentally restart your PC while you’re working on something.