A regular GIF may be just a boring static photo, but its animated sibling is now the king of the Internet. Forget Apple’s Live Photos and Samsung’s Motion Photos which are a bit too exclusive to be truly useful at this point and use the universally supported animated GIFs.

Of course, besides creating your own, there are probably millions of animated GIFs you can use as an upgrade to the classic emoticons and emojis. And more importantly, you can easily share animated GIFs with iPhone Messages app.

No need to send them via Facebook or any other social app, especially if you don’t rely on them…..just use the Messages app instead. Here’s how to do it.

Before we proceed with the instructions you should be aware the recipients need to have iMessage set up to receive animated GIFs on their iOS devices.

There are many online sources where you can get animated GIF files and you may have received some via email as well. Regardless, the GIFs you’ve downloaded on your iOS device are probably stored in the Camera Roll’s Albums section. 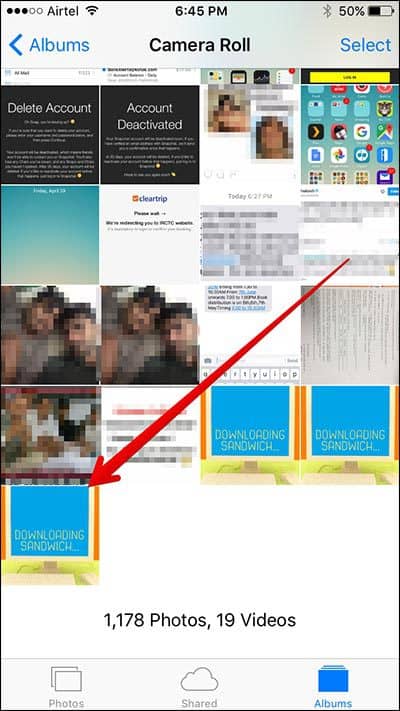 As a result, open the Photos app and locate the animated GIF you want to share in the Camera Roll then tap on it. 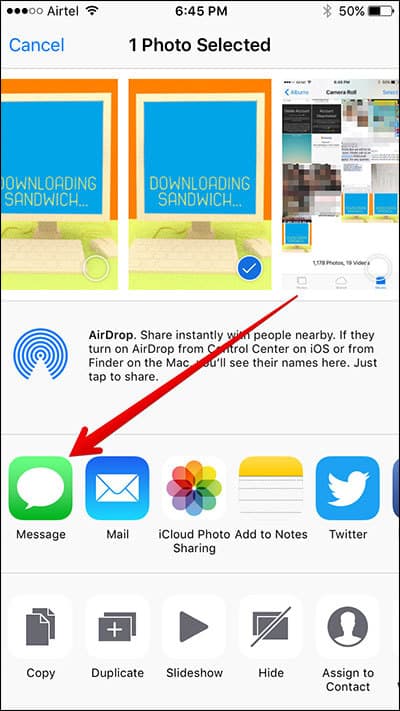 Select the Share button from the bottom left corner of the screen and then tap on the Messages app icon in the sharing sheet options. 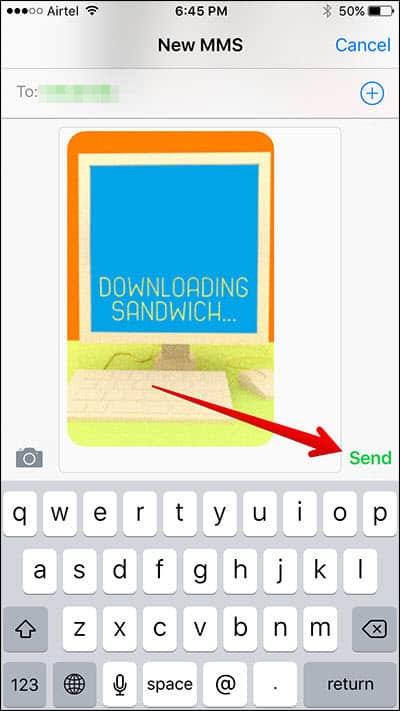 Now you can simply enter the recipient’s name and hit the Send button.

As you can see, it’s exceptionally easy to share animated GIFs with iPhone Messages app but if the recipient doesn’t have an iOS device they won’t get the message and you’ll be informed of this via a popup notification.

Also, you can share animated GIFs via the Mail app too, so use whichever option is more convenient.