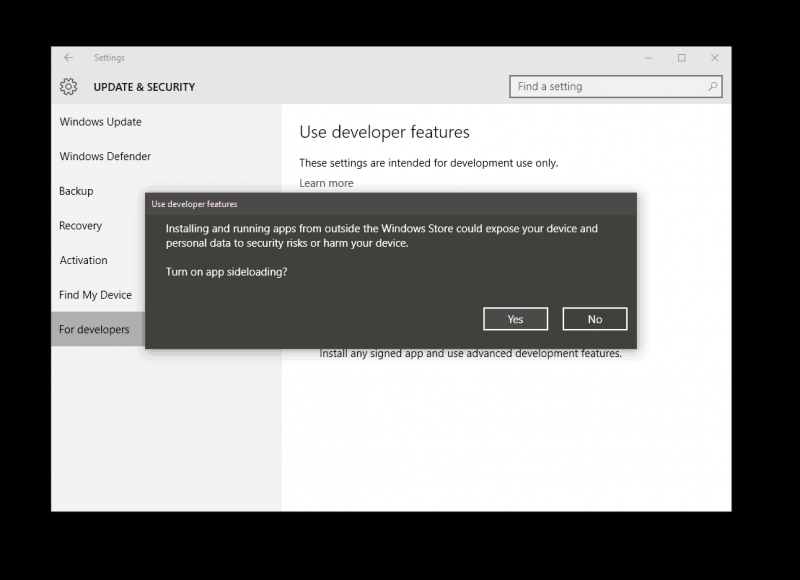 Windows 10 does a lot of things differently, and that is not always meant as a compliment. In the case of sideloading, however, it is certainly a step up from Windows 8.1. In fact, Microsoft’s new approach is quite surprising as other parts of the OS have been closed up yet sideloading is now as open as it is on Google’s Android.

Allow me to briefly explain what sideloading is for those of you who have never heard of the term before. Sideloading refers to the process where users load unofficial, third-party apps to their systems on the side, circumventing official controls and restrictions. In Windows, this specifically refers to universal apps that cannot be found in the Windows Store, for one reason or the other. Users are free to sideload apps in any version of Windows 10, including the mobile one.

In Windows 8.x, Microsoft restricted sideloading to developers only. While anyone could get a developer license and start sideloading apps into their systems, Microsoft monitored developer accounts and held the right to instantly revoke the license if it was not being used for its official purpose. It is strange to see Microsoft relaxing its grip in Windows 10 but there is a very plausible explanation for it. As Windows 10 will be a universal OS, Microsoft wants its users to have access to as many apps as possible, especially when you consider that the Windows Store is quite empty compared to the likes of the App Store and Google Play.

How to sideload apps in Windows 10

Open the Settings menu by pressing WinKey + I. Go to Update & security > For developers and select the “Sideload apps” option. Activating developer mode will also allow you to sideload apps but it will also activate debugging features and additional deployment options in Visual Studio so you should stick with the middle option for now. 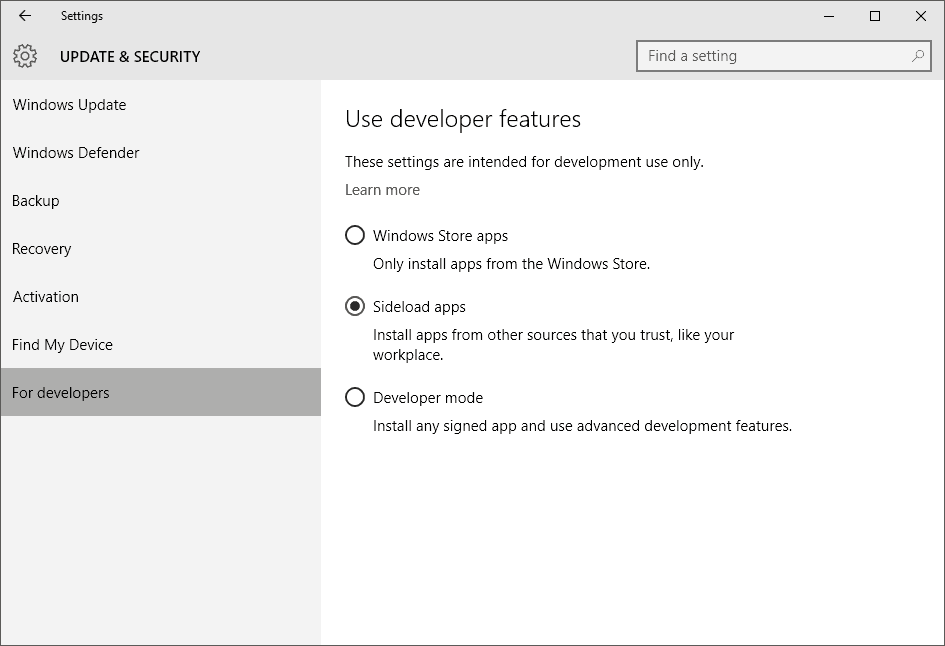 Once you have enabled this option, the rest is a matter of getting the right app package. These come in the form of .appx files which are circulating around the web. Basically, the option you enabled before is like the “Unknown Sources” setting in Android. The only thing it does is allow these apps to be installed in your system so you will have to be very careful and only install apps that you trust. In the future, the Windows Store may refuse to host emulators, controversial games, and other kinds of apps so sideloading will be your only choice.