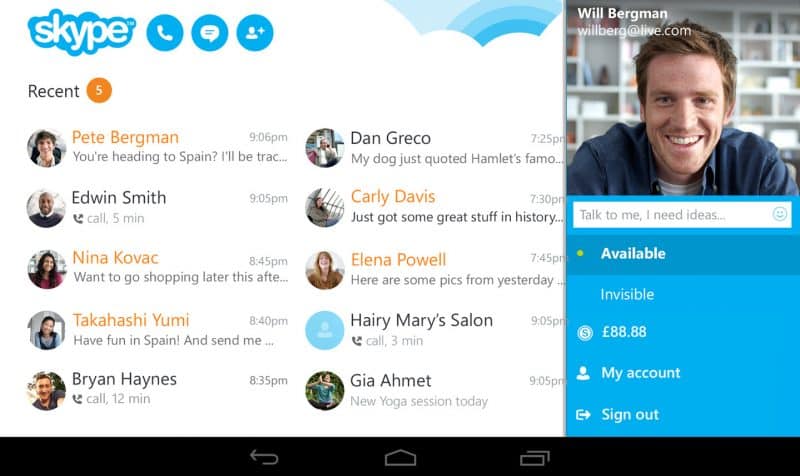 Back in last year’s July Skype promised its users they are working on delivering a better mobile experience. After all these months, the Skype team delivered an extremely importante update for their Android app. The most significant improvement of the update is reduced battery consumption while Skype is running in the background.

The goal, which Skype claims they achieved was offering users the possibility of allowing Skype to run in the background all day long, without worrying about battery life. The latest version 4.7 lets you keep Skype running “without noticeably affecting battery life”. According to the official announcement, the work for this improvement has been extensive to say the least. Skype also had to turn off the notification of messages in group chats, for the sake of a battery-friendlier app.

However, they also said the process for making the app less battery-draining is far from completion. As they continue to work on improvements, the Skype team plans to re-enable the notification of messages in group chats in the near future, but this time without additional battery impact. Until then, users who really want this feature, even at the cost of reduced battery life can still turn it on by checking the box named “Sync group messages in the background” in the app’s Settings – Notifications section.

Battery optimization was the main purpose of the update, but it also includes a number of small fixes as listed below:

– Workaround for the KitKat bug which caused a runaway process when the camera was synced in the background.
– Fix for audio and video calling on tablets that do not have Bluetooth.
– Now lists your Windows Live Messenger contacts in the Skype (default) view, not just the All contacts view.

If you use Skype on your Android device often, know the latest version is already live and you can download it from Google Play.