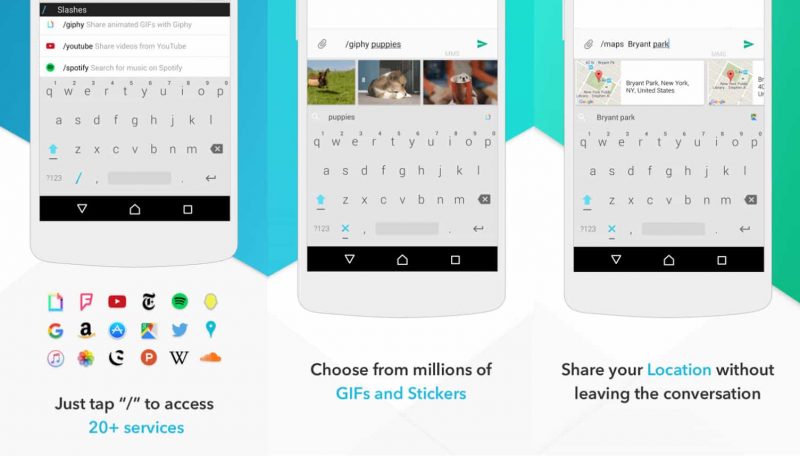 Less than a week ago, Google released an iOS-exclusive keyboard app called Gboard. Its main strength is the built-in Google search that allows you to easily look for content and share it without switching to a web browser or other third-party apps.

What’s a bit ironic is that Google decided to release it only for iOS (at least for now), and ignore their own mobile platform. Luckily, this is Android we’re talking about so we have an excellent alternative, called Slash, which you can enjoy until Google finally brings Gboard on Android.

Slash for Android is packed with features, but it also makes it easy to share various types of content, including GIFs, emojis, photos, stickers, music, places and so on. As a reliable keyboard app, it works on any screen or app that lets you type, including essential ones like Email, Messages, WhatsApp, and Twitter. 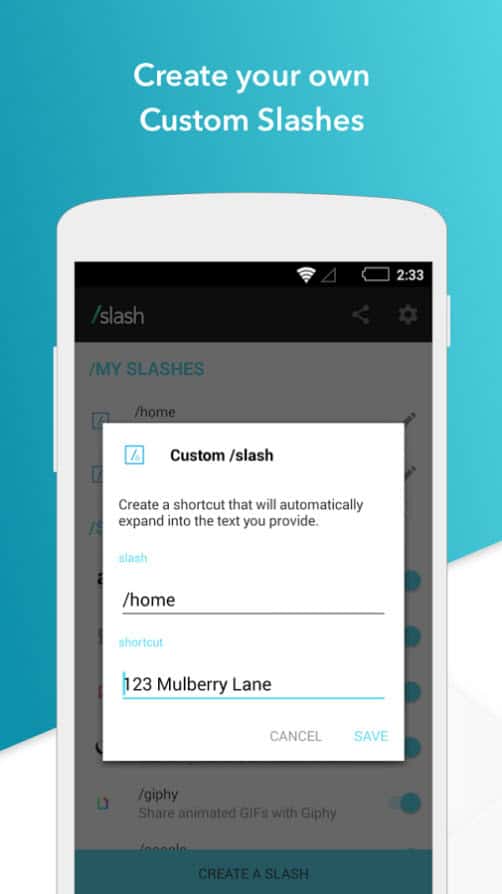 There are even more useful features bundled in Slash for Android. For example, you can create custom ‘slashes’ and use them as shortcuts inside your messages. It also bundles some other fun stuff like random question & answer, decorated texts and cursor control.

Although Slash for Android is an awesome alternative to the iOS-exclusive Gboard app, it is also available for iOS, so you can try it on your own platform from one of the download links below.