No Video
While the Internet Relay Chat protocol can be considered old, it is still being used by millions of users all over the world. AdiIRC is an IRC client that includes servers and can be customized with plugins to expand its functionality.

To connect to a server you’ll have to fill in some information, specifically a nickname and an alternative, select a server and the connection port, as well as optionally set the tool to auto-join a certain channel. The tool allows you not only to communicate with other users as well as send and receive files as it supports the DCC protocol.

What’s more, AdiIRC lets you use multiple servers simultaneously and you can see each in its separate tab in the upper area of the interface. Besides connecting to existing servers you can also create a new one and use the numerous options available to customize the aspect of the tool, setting up log generation, alerts and other actions.

A handy and reliable program designed to create a secure communication bridge between two or more users.
5 / 2,587

A straightforward messaging application that lets you text and video chat
6 / 1,157 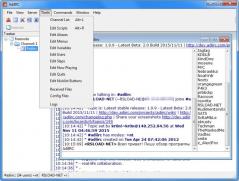 Latest Articles
How to find out if you’re blocked on WhatsApp
How To Personalize your Discord Account
Best Kodi add-ons for watching TV and movies
What’s new in iOS 14: The complete guide
Does my phone work in another country?
Can I use an Apple Watch without an iPhone?
How to get better at Valorant
How to Use Your Phone as a Webcam on Windows, Linux, and macOS