Cyberpunk 2077 is an open-world sci-fi action/adventure game that puts the player in the shoes of V, an outlaw with a quest - the key to immortality. The story of the game takes us to Night City, a neon-filled city full of glamour, implant-driver society, crime, and fashion.

The player can approach the game using a direct build based on power and direct action but also more stealth, based on sneaking or hacking.

The core attributes in Cyberpunk 2077 are:

Technical Ability - It Lets you unlock certain doors and use turrets and tech weapons as well as increasing your armor by 5%. Evidently, it governs the Crafting and Engineering trees.

Cyberpunk 2077 comes with gorgeous graphics that will enhance the story even more by throwing you into a beautiful sci-fi world full of wonder and danger. If you like RPG games and Sci-fi, Cyberpunk is definitely one of the best games to come out in 2020. Developed by CD Projekt RED, the creators of Witcher, you'll surely have hundreds (if not thousands) of hours to play.

An action-packed fast-paced battle royale game in the Titanfall universe
70 / 4,953 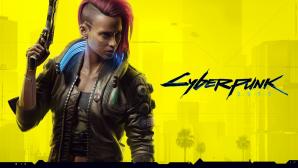