Gamecube, Wii, and Triforce emulator for your favorite console games

Dolphin is a Gamecube, Wii, and Triforce emulator that lets users play their favorite console games directly on a Windows machine.

While the configuration menu which sets up the application might be pretty difficult for beginners, the user interface on the other hand is user-friendly and pretty straightforward.

The main thing about this type of software is the efficiency, and many similar tools fail on that matter. A lot of testing was done and while it worked with some games, many titles didn't load at all.
Dolphin comes with multiple configs. screens concerning not only the main application but also the graphics, DSP, Gamecube Pad, and the Wiimote.

The bad thing about the application is that it doesn't offer much help, like a tutorial or even a help file, which explains how to use it, and clicking on the "Help" menu, only takes you to the official developer page.

Still, Dolphin is and will remain one of the most affecting Wii and Gamecube emulators. A small tutorial would be much appreciated for all the beginners out there.

Useful application for gamers that need a competitive advantage in shooter games or just to improve the aim.
3 / 645

A very handy application that will help unify your game libraries by adding any game from Windows Store, to Steam.
2 / 732

Powerful 3D model designer for users that want to create their own models and textures.
5 / 571 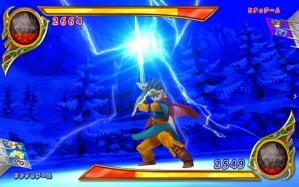