A robust application for analysis, comparison and merging of multiple files of any format

The setup is streamlined and it involves two frames storing the text of the source files. Then, it automatically generate line numbers, so users can locate the differences with ease. Even so, Guiffy doesn’t just let you compare files, it can do the same for archives and folders as well.

Furthermore, it lets you define ignore rules, which for example, can be used to remove specific strings from the analysis. In the case of file merging, you can configure the process in a number of ways. As a result, you can choose if only the identicaly content should be copied, or differences found in one of the two files should be included. The merged file can be saved as a source file for a variety of programming languages or as a simple TXT file.

A Java-based development tool that can drive processes described in build files as interdependent targets and extension points
4 / 1,882

A companion utility for any Git client that lets you easily find the origin of lines of code inside a repository
2 / 1,271

A free Microsoft Visual Studio plugin that can be used to create Arduino compatible cross-platform applications
26 / 2,287

Write simulations in Java easily using a variety of intuitive tools with this handy and efficient application
17 / 1,346 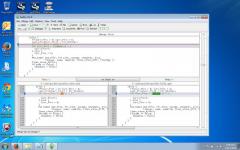 Komodo IDE 12.0.1.91869 A comprehensive IDE for editing and debugging code, with support for numerous programming languages, such as JavaScript, HTML, C / C++, XML, Perl, Python, and PHP
Latest Articles
Best Kodi add-ons for watching TV and movies
How to transfer your contacts from Android to iOS
The Best Apps for your iPhone (2021 Edition)
How to download images from Instagram
10 Best Mobile Finance Apps of 2021 (iOS & Android)
What is the best archiver for Windows?
How can you change your Twitch username
How to Download Videos from Twitter