One of the best Multiplayer Online Battle Arena's in the world

League of Legends is a very famous MOBA or Multiplayer Online Battle Arena, in which two teams compete against each other to take control of the battlefield and destroy the opposite enemy's base. It is so famous that it has over 80 million registered players with a peak of 5 million concurrent players and also houses tournaments millions of dollars in prizes for the winner.

Like we said above, there are two teams of 5v5 or 3v3 players (depending on the model) that are pitted against each other to take control of the battlefield and destroy each other's bases. They are called Summoners but before the start of the game, the players will have to choose a champion. That character will be playable till the end of the game and cannot be changed.

When the game starts the players will have to buy starting items that will help them improve their champions characteristics, depending on the items bought at the beginning, they can be upgraded to become stronger by farming gold (killing Creeps aka NPC's in the jungle or on one of the three lanes or by killing other players controlled champions). Each hero has to take up one of the three lanes, some heroes are better at a specific lane than others (some Champions are great in the jungle area) and will have to defend their towers that lead to their base from the automatic units (creeps) that each Nexus spawns to help push out the lanes.

The game has 130 characters available and new ones are added every couple of months and there are more maps than the standard 5v5 (Summoner's Rift) version (e.g. Twisted Treeline Howling Abyss, etc.) and they are made up of different terrains, weather conditions, objects, and spells.

Every MOBA game out there is easy to understand but is difficult to master. It's that type of game where communication with your teammates is vital for victory, and even then, you might still be bested.

In conclusion, even as a new player, you will have loads of fun playing League of Legends, especially with friends, but if you want to become an eSports phenomenon, you have a lot of playing ahead of you.

Great application for organizing the game library from various platforms.
3 / 781

Reliable application that will allow gamers to manage their EA games and looks for deals and other promotions.
3 / 793

Great app for gamers that have large game libraries that extend across multiple digital distribution platforms.
3 / 862 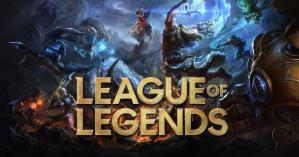