Microsoft Edge is a cross-platform web browser that was created by Microsoft, and it was first released for Windows 10 and Xbox One in 2015 and was also released for other platforms later on.

Microsoft Edge used to have the EdgeHTML engine to power it but they have relented and switched to Chromium and its Blink engine, assuring the users that Edge will still look and function more or less the same.

As the browser won't be 100% identical to its EdgeHTML counterpart, but the Chromium-inspired settings page has replaced the old Edge sidebar, which users will see as an improvement on Microsoft's part.

Overall, Microsoft Edge is a good cross-platform Web browser that has seen many improvements like engine changes and other design looks.

Powerful browser that comes with many security enhancing features.
2 / 486

A clean and easy to use web browser that lets you safely surf the web without annoying ads and intrusive trackers
28 / 3,527

A practical web browser designed to efficiently use the space available on your screen
24 / 2,320 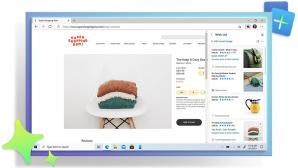 Google Chrome 101.0.4951.67 Fast and powerful tabbed browser
Latest Articles
How to Save and Download Workouts on Apple Fitness+
3 Quick Ways to View and Edit Apple Notes on iPhone using Windows PC
How to Record a WhatsApp Call on Android and IOS
How to Blur Pictures Using PowerPoint
How to Send SMS Messages Using Windows 10
How to Use Google Lens for Solving Math Problems
How to Free Up RAM on your Windows PC
How to install and use the TikTok app in Windows 10 or Mac OS