The most popular spreadsheet application in the world

Microsoft Excel is the world's most popular spreadsheet software developed by Microsoft in 1985, the first version being made for the Macintosh. Today, Excel counts tens of millions of installations worldwide, with many companies and corporations using it daily.

To paint a broader picture, Microsoft Excel lets you create various spreadsheets or workbooks, organize your database or data in various forms and represent it visually for analysis or projection.

The software has a similar interface with most Microsoft Office applications, aimed towards home and professional users alike. Evidently, Excel comes bundled within Microsoft Office but can be installed separately if needed.

Microsoft Excel lets you generate charts and organize data with ease allowing you to create table-like documents with cells and columns. A cell can contain most forms of data, from numbers and percentages to currencies and times/dates. Math equations can be applied to cells, rows or columns, automating your spreadsheet with ease. Also, for the advanced users, Excel is powered by VBA (Visual Basic for Applications) and you can create various scripts to enhance and automate and generate your sheets, graphs, or charts.

Evidently, being a Microsoft Office application, Excel is built with collaboration and sharing in mind, allowing users and workgroups to work on various documents and apply restrictions and privacy elements.

Microsoft Excel is the most powerful and popular spreadsheet application in the world for a reason, it comes with a multitude of features and options, combined with the power of Visual Basic to create extremely powerful and efficient spreadsheets, charts, and graphs.

Useful application for anyone that needs to use print out DOS programs with newer printers.
1 / 701 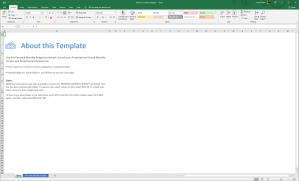 Microsoft Office Pro 2016 1808 Build 10325.201 Industry-leading office software suite packed with an impressive amount of features
Latest Articles
How to Save and Download Workouts on Apple Fitness+
3 Quick Ways to View and Edit Apple Notes on iPhone using Windows PC
How to Record a WhatsApp Call on Android and IOS
How to Blur Pictures Using PowerPoint
How to Send SMS Messages Using Windows 10
How to Use Google Lens for Solving Math Problems
How to Free Up RAM on your Windows PC
How to install and use the TikTok app in Windows 10 or Mac OS