No Video
The PTGui application was designed to be panoramic stitching software for Windows and Mac OSX. Originally developed as a Graphical User Interface for Panorama Tools (hence the name), PTGui now is a full featured photo stitching application.

PTGui comes in two versions: PTGui and PTGui Pro. The main difference between the two versions is support for HDR stitching, viewpoint correction and vignetting, exposure and white balance correction in PTGui Pro.

- Stitched panoramas will have a visible watermark
- Saves only the first 2 images of panorama
- The Panorama Tools stitcher and optimizer are not supported (only the built-in PTGui stitcher and optimizer)
- The trial version expires. Updates will be downloadable from this website
- Nag screen

A robust application that lets you quickly create family trees
7 / 1,327 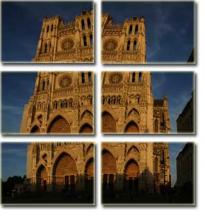 paint.net 4.2.14 A feature-rich image and photo editing application
Latest Articles
How to transfer data from Xbox One to Xbox Series X or Series S
How to reinstall the Realtek audio drivers in Windows 10
How to Add and Use Shazam on Your Control Center (iPhone and iPad)
How Launch Chrome using Keyboard Shortcut on Windows
How to Install Custom Fonts on iPhone (iOS 13+)
6 Best Free FTP Clients for Windows
How to Use Memoji During a FaceTime Call
How to Use Google Lens for Solving Math Problems