The mobile version of PUBG now on PC

PlayerUnknown Battlegrounds also called PUBG, is one of the most popular battle-royale games on the planet. The game also has a mobile version, PUBG Mobile, which is played on Android or iOS devices. The game is one big arena where 100 players fight each other for dominance where the last man (or team), wins the match.

The game has a large array of weapons, armor and accessories and plenty of customization options. PUBG is a free game, with a cosmetic-only monetization, meaning that players can buy different costumes or weapon skins without impacting the game in any way. This is regarded as the most accepted form of monetization in these free-to-play games.

PUBG comes with a lot of maps as well, vehicles, weapons and plenty of shooting and explosions. PUBG Mobile is basically the same game but a bit more simplified, with its interface customized to better-fit any mobile devices. While the game is available on mobile devices, Tencent brought PUBG to the PC using an included proprietary Android emulator, Gameloop, which can run PUBG Mobile on your PC with no problem. The only difference between this and the mobile version being that during matchmaking, you'll get only PC players since mouse and keyboard is superior to phone and tablet controls.

However, since this is a mobile game, if you have a modest PC and you can't run the desktop version of PUBG, you'll notice the game runs way smoother. The installation is pretty straightforward, after downloading the installer, you'll be prompted to install the emulator and the game with several clicks.

An open-world action game developed by the creators of The Witcher
30 / 7,116

An action-packed fast-paced battle royale game in the Titanfall universe
70 / 4,953 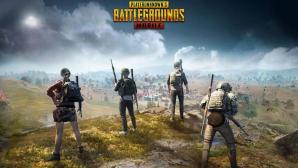