Watch Video
Valorant is a 5v5 tactical shooter from the creators of League of Legends, Riot Games. The game combines highly precise, tactical gameplay with hero abilities. Most of game outlets define Valorant as a crossover between Counter-Strike and Overwatch.

Valorant has a rooster of 11 agents, each with 3 abilities and an ultimate power ability. There are also 4 maps currently in the game, with more to be added soon. The game is extremely competitive, focusing on tactics and precise gameplay where every good shot is rewarded and mistakes are heavily punished.

What's more important is that Valorant features 128-tick servers which makes for a very precise shooting environment. Combine this with a graphic engine optimized for the highest frame-rates and we have a very competitive and fun 5v5 first-person shooter.

Valorant is free-to-play, you don't have to pay anything, just download the game and join millions of players instantly. However, it's worth noting that Valorant comes with an in-game cosmetics shop, which lets you pay real money to buy various hero or weapon skins.

As a conclusion, if you're looking for a fast-paced competitive shooter that resembles CS but has that hero flavor, Valorant is definitely for you.

An action-packed fast-paced battle royale game in the Titanfall universe
25 / 2,670 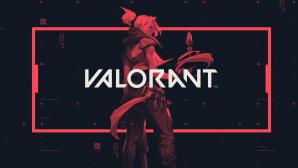