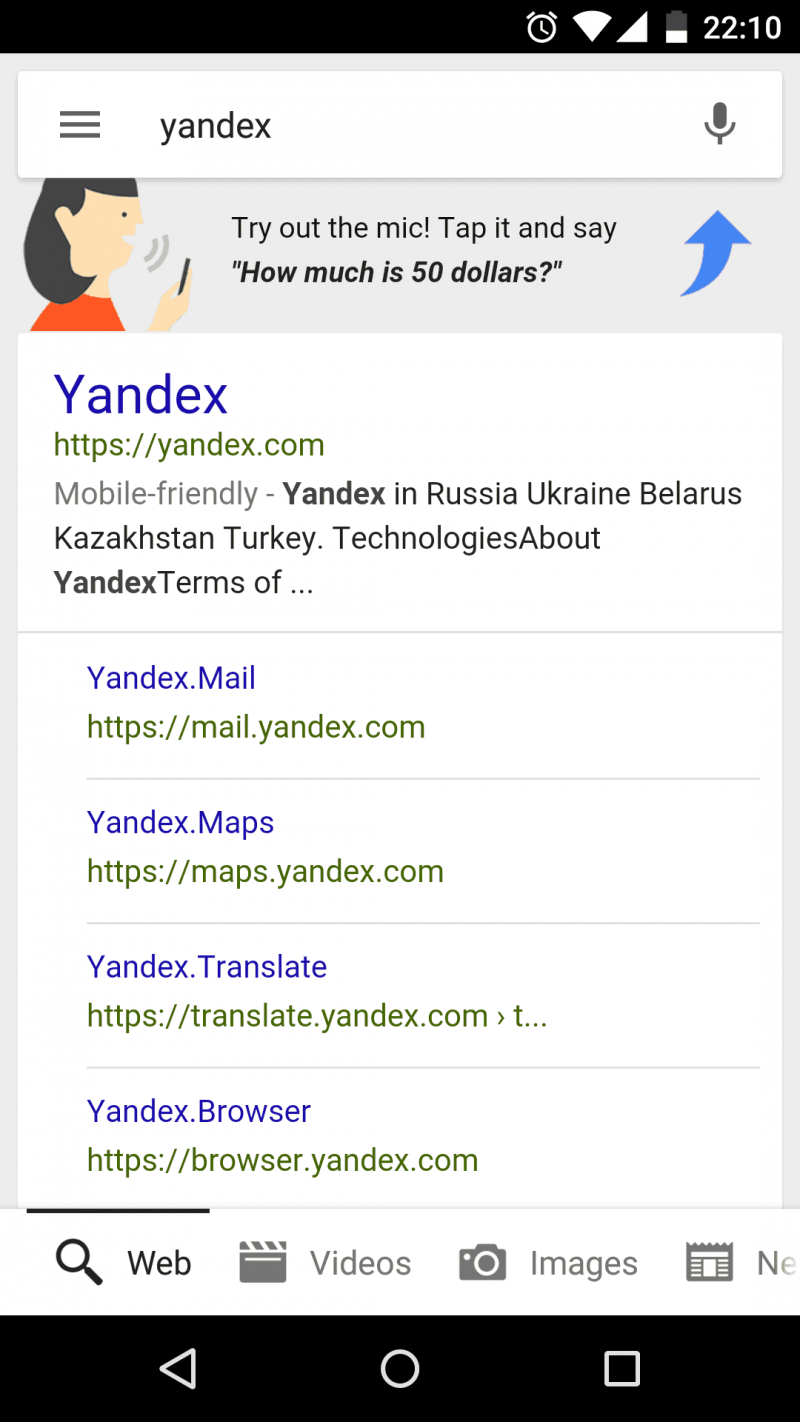 Do you feel awkward talking to your lifeless phone, as you’re trying to give it commands? Yesterday I was trying to teach Cortana how not to mangle my name, and after 5 minutes of yelling to the phone I finally realized how funny the whole scenario would have been for someone else. It does look way cooler when Iron Man speaks with Jarvis though.

Google also thinks it’s cool. Some users are reporting that voice search suggestions are now displayed in the home screen search bar and inside the Google app. The latter is even more recent and unlike the grey text showing suggestions in the search bar, the app features a colorful banner that’s almost impossible to miss. However, the recommendations featured in the search box are pretty easy to ignore, unless you’re using the function often.

For now, it looks like these suggestions are automatically generated, and if you don’t see any, there is no setting that lets you enable them. The featured image shows a perfect example of the banner shown in the Google app. Well…almost perfect since I fail to understand the purpose of the suggested question.

Only some users are seeing these suggestions, and so far there is no definitive pattern on how you can make them appear, but it might have something to do with how often you’re using the search.

Are you using voice search on your phone, or prefer sticking with your good old typing skills?