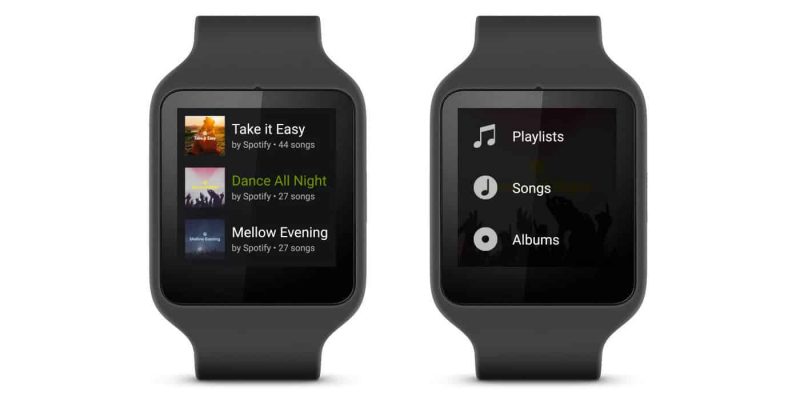 Last month Spotify revealed their app was going to receive Android Wear support in June and while they came pretty close to the deadline, the company did deliver in the end. The latest version of Spotify is now available in the Play Store and finally works on Android Wear devices.

With Spotify playing music on your phone, a card will show up in your Android Wear timeline, where you can use basic controls, namely play/pause. You also get skip, go back a track and volume control by swiping right, and access the ‘Browse’ button too, on the next page.

For now, users can’t launch a Spotify app straight from the wrist – the app has to be already open on your tablet or smartphone – and only then the card that shows the currently playing track will appear. 9To5Google notes they weren’t able to find any way to launch Spotify on Android Wear without having it open on the phone first.

From the wrist, you can also access the Spotify library, as well as your own playlists, albums, stations and artists. For now, Google Play Music offers much better support for Android Wear compared to Spotify.

However, this is Spotify’s first release to include support for Android wearables, so we’ll probably see it getting better in future updates. Until then, you can try Spotify on your wrist in its current state by visting the app’s Play Store page.