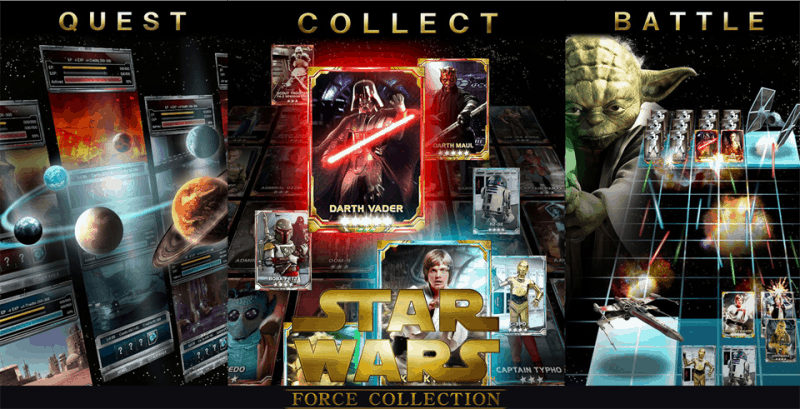 Konami got the green light from Disney to publish a Star Wars card game, but is it the one you’ve been hoping for?

Back in the mid 90’s was a good time for card games, you had Magic the Gathering released, which is still massively popular and some of you may remember the Star Wars collectible card game. For many Star Wars fans and card game enthusiasts it was a enjoyable and memorable time. Players were able to battle their friends with Light or Dark side decks, playing cards with their favorite characters, locations, and space craft from the Star Wars universe. It would appear that Konami attempted to re-kindle that joy for Star Wars fans by bringing a brand new card game to the App Store.

I won’t deny the chilling excitement I had when I first heard of this, I was a little confused though on how far I had to dig in the App Store to find a brand new Star Wars game. Why wasn’t it at the top of the Star Wars search list? Well, I found out all to easy, after downloading this overly disappointing game. I’ve been forcing myself through hours of the game, trying to find some semblance of goodness, something that backs any of the 4-5 star reviews on the App Store, but 4 miserable hours into this game and I still don’t see how it even is considered a card game.

The game requires you to always be online and if you’re running the game on a cellar network, the loading time can be atrocious. The UI plays like one of those low cost flash games where cut and paste images appear and disappear on and off the screen. The actual “card” battles are played out automatically, so you basically just hit go, watch a set of cards on screen move towards each other firing cheezy looking blaster shots at each other until the battle is over. The gameplay runs like that of a low budget turn based RPG game, you’ll have a few cardboard cut-out enemies facing you, and you’ll press a button to either blast your enemy with a blaster bolt or with a slash of a lightsaber. The type of weapon you have is based on the character card you have, you also need something called EP in order to attack, which guess what, you can get EP buy spending money or waiting a set amount of time. That’s right, you have to pay money or wait to even finish a battle in the game at times.

The whole game felt like I was just hitting the next button and the attack button, then once my EP was depleted I had to wait for it to refill again. I’ve seen plenty of games like this on the App store and though I’ve never spent much time on them, mostly because there are so many higher quality games out there. But they never bothered me much before, now that they’ve brought in the precious name of Star Wars, it feels a bit personal. Especially with many fans patiently waiting for a real Star Wars card game to be released, this low-budget, simple coded, rpg game that uses ‘cards’ as it’s characters is probably not what they were hoping to get.

Now, there may be a small number of Star Wars fans who might find this to be a valid waste of time and though that may be true in the most desperate of situations, I have a hard time promoting such a lazy attempt on the Star Wars license. What I find the most discouraging is that this seems to be a new trend since Disney purchased the Star Wars franchise. We’ve had the demanding money hungry rancor known as Star Wars: Tiny Death Star and now an even more money hunger monster with even less effort known as Star Wars: Force Collection. It’s really sad that both Star Wars: Trench Run and Star Wars Arcade: Falcon Gunner, as well as a few others were removed from the App Store because of Disney shutting down the original LucasArts.

If this is what we have to look forward to with Disney owning the Star Wars franchise, we indeed have a major disturbance in the force. My hope is that these will be lessons learned for Disney, ones that suggest not to sell the Star Wars license out to the first developers who claim they can make a small fortune with it. If old Ben Kenobi was around to see this, he would promptly tell you “This is not the Star Wars card game you’re looking for” and he wouldn’t even have to use a jedi mind trick to get you to believe him.

Star Wars: Force Collection is available on iOS 5.1 or later and Android 4.0 or later. It can be downloaded for Free on the App Store or Google Play. 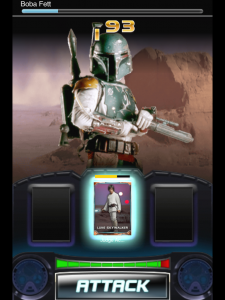 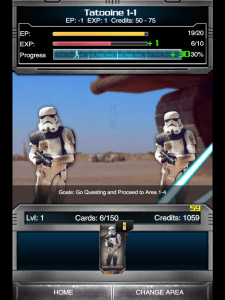 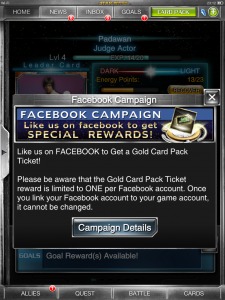