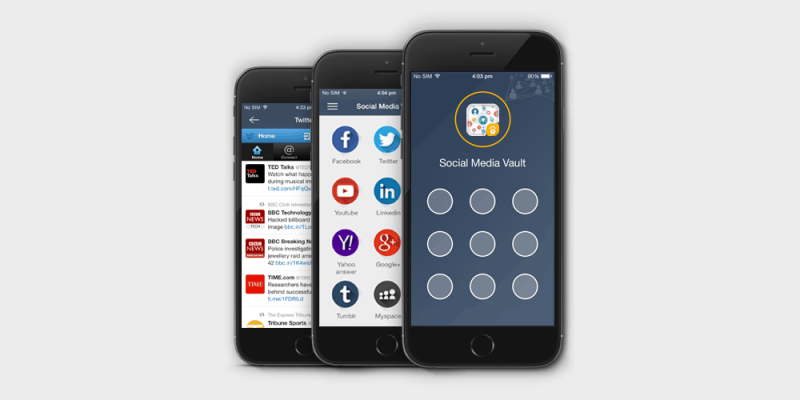 Each social network has a few exclusive features and a unique appeal, but it’s only natural to be using more than one. In fact, there’s nothing out of the ordinary if you’re active on a dozen or even more social platforms. Sadly, this implies your iPhone is loaded with tons of social media apps which allow you to stay connected but they’re also running in the background and tirelessly consuming your phone’s battery and data plan.

While Facebook is still the dreaded no. 1 resource-hungry social media app, others are not far behind, plus it this also depends on how often you’re using each. I recently discussed a few lesser-known tricks that can help you get the most of iOS 9, and among them was a nice third-party alternative to the Facebook app, called Friendly for Facebook. This may solve the problem for the most used social network, but what about the rest of them?

The old-school solution, which I find completely ineffective and downright frustrating would be to use the web version of your favorite social networks. It could work for 1 or 2, but other than that, it’s way too time-consuming to visit each of them in a web browser and you won’t get all the features of their apps.

Social Media Vault is a feature-rich iOS app that offers a superior solution for staying connected to multiple social networks, all from its interface and with no need to download additional social media apps.

After you download and install Social Media Vault you can select any of the supported social platforms to enter your account credentials, but you only need to do it once for each network.

The app will store your login information and it provides several ways to secure your social accounts. Firstly, you can lock Social Media Vault using a password, PIN or pattern so you’re the only one who can access it. Also, should anyone be trying to peek at your conversations, it provides a panic switch that can quickly switch to a different app when you flick, shake or place your hand over your phone’s screen.

The security-conscious will be pleased to know the app also monitors hacking attempts. If someone else tries to access one of your social media profiles, it will grab a photo of him using the front camera of your iPhone along with the time stamp.

As far as resources are concerned, Social Media Vault takes less than 6MB of your phone’s storage space which is definitely a leap forward even compared to using only 2-3 different social media apps and you’re going to love the extended battery life as well.

Has Social Media Vault helped you manage your social media accounts easier and how many social platforms are you using on a regular basis? Share your thoughts in the comments or drop us a line on Facebook, Twitter or Google+.