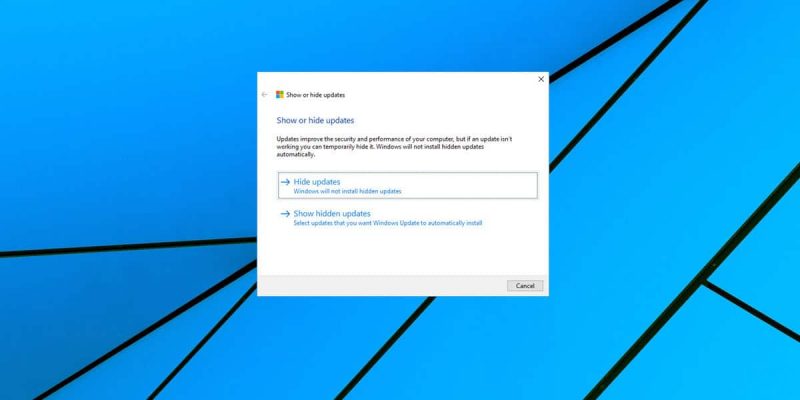 Technically, the way Windows 10 automatically  pushes updates is designed to ensure your system’s security is as best as possible and also running smoothly. Sadly, like is not perfect so every once in a while there’s going to be an update that repeatedly fails to install but never stops trying. Well, we have some good news – you can actually stop Windows 10 updates that fail to install.

The method described below works for the November update as well as Windows 10 Anniversary Update.

How to stop Windows 10 updates that fail to install

Yes, Microsoft has given us the option to prevent forced restarts caused by an update by setting up ‘Active Hours’ – a period during which restarts won’t occur. You can set ‘Active Hours’ from Settings -> Update and Security -> Change Active Hours.

However, this is not enough to stop a Windows update from getting installed. Which can definitely come in handy when a broken update that fails to install keeps retrying every time you start or turn off your computer.

The solution is quite simple, and it will allow you to stop Windows 10 updates that fail to install. For this, you will need to download a Microsoft utility called Show or Hide Updates Troubleshooter. IT provides two versions – one for the November 2015 update, and one for the Anniversary Update. Download the appropriate version from the link below, then install it like any other application. 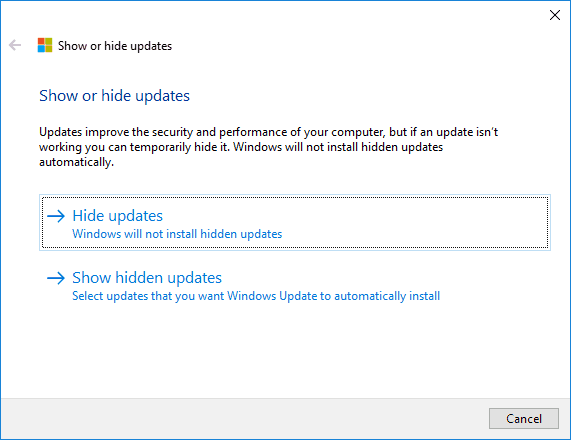 On the troubleshooter’s welcome screen click Next to launch a scan so the app can find out which updates can be temporarily stopped from getting installed. To continue, click on’Hide updates’ and a list of updates that can be stopped will show up.

Check the box next to each update you want to stop. If you’re not sure which of the update are causing errors you can use Google to identify it. Since most of the times updates make your system more secure, it’s important you only stop the ones that are troublesome. 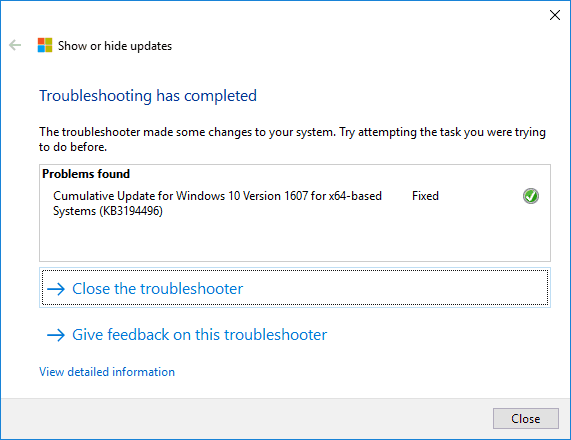 Click Next one more time and the troubleshooter will quickly stop the selected updates, even though this is just a temporary solution. If the operation is successful you should see a screen similar to the one shown in the image above. 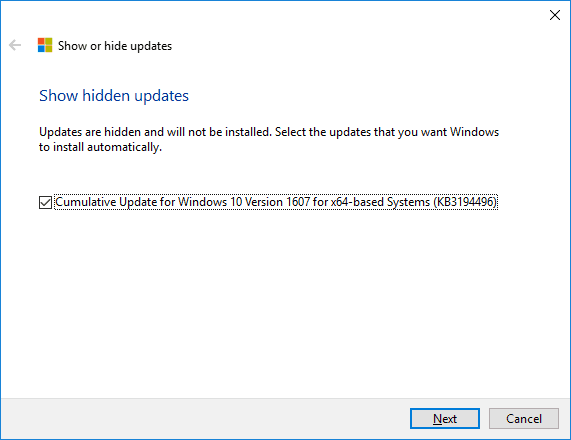 Typically, Microsoft fixes all broken updates at some point so it’s recommended you keep track of the one that’s causing you trouble. The Show or Hide Updates Troubleshooter can be used to show any hidden update. Then, select the ones you want to unhide and press the Next button so they can be installed again.