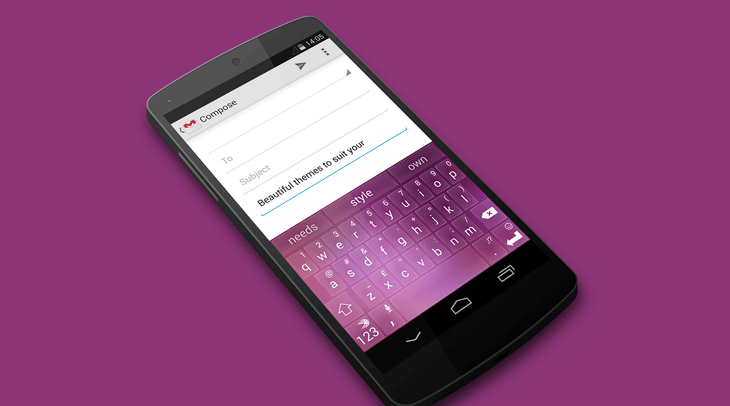 Great news for Android owners – one of the best intuitive keyboards has just gone free, and even though you don’t get a variety of themes in the free version, it still is a great deal. Themed keyboards are available via in-app purchases, and the company should have made the transition long ago because now the multitude of users will grow exponentially.

Not only is Swiftkey one of the best Android keyboards, it is also one the most popular apps on Google Play store. It used to cost $4, and you have to admit it’s a real treat to Android users that version 5.0 is available free of charge.

Keyboard themes cost $1 each mostly, and the app itself is overall updated and enhanced, with emoji support for Jelly Bean and KitKat devices. 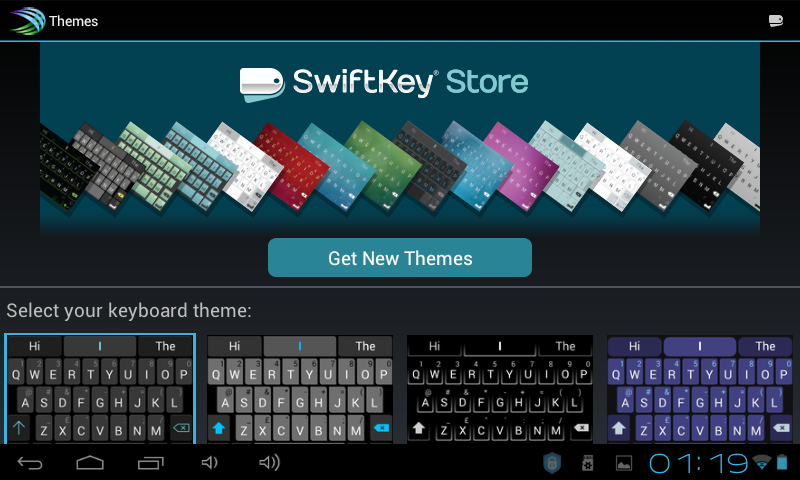 The word prediction engine has been improved, too, and a slew of new features, including the optional number row you can add to the top of your keyboard. Rejoice, Android users, while your iPhone fellas need to jailbreak their devices to get a keyboard like that. Even though iOS 8 will support third-party widgets and keyboard apps, most of them will probably be paid.

SwiftKey predicts not only words, but also emoji based on your typing style – it will keep track of which emoji you most frequently use in combination with which words.

The app is renowned for its natural language processing and machine learning technology, and it was the first third-party Android keyboard app to predict and offer text suggestions based on your texting habits. It studies and memorizes your text combinations, something that native Android and Windows Phone keyboards copied from SwiftKey.

Those of you who have previously purchased the $4 app will be able to claim their consolation bonus – 10 themes for free, all of which will be available from your SwiftKey cloud storage, so you can use them on all of your devices.

The app first-timers will be able to enjoy the default black-and-white layout, which is the best alternative to your stock Android, so there is no reason not to grab it.

There are over 30 colorful themes for you to browse and buy via in-app purchases, and the most important is the app supports over 60 languages. The app sports different layouts, so you can customize it the way you like. You can undock, split and resize your keyboard to tweak and fine-tune it for ultimate convenience and speed-typing.

Moreover, you can choose up to three languages to type in simultaneously, i.e. for fast-switching between them.

Now, cloud connection may not seem like an overly attractive feature for privacy paranoids, but those who like their smart auto-correct and predictions to be synchronized between multiple devices, as well as their purchased themes, certainly appreciate the feature. You can personalize word predictions from your email apps, social networking apps and Evernote and synchronize them with the cloud, so that whenever you use SwiftKey on a different device, it is as intuitive and smart as on your primary device.

Once you install the app, it scans your text messages and emails to leverage your typing patterns and be able to predict words from the very first time you start typing with SwiftKey. So, you must grant it permissions to access all that data, and the company explains in detail why it needs access to some of the core elements of your device.

Fluency Prediction Engine allows the app to predict up to 80% of words based on just the initial two characters.

The app sports an exhaustive settings UI, so you can tweak every aspect of it – layout, sounds, languages, number row, additional symbols, auto-correction, cloud save and more, so don’t skip the Settings.

A no-fan of apps that can mingle with my private data, I only installed it to review, but now that I tried how smooth and neat it is, there is no way I can part with it, so all my mobile typing is SwiftKey prerogative from now on.