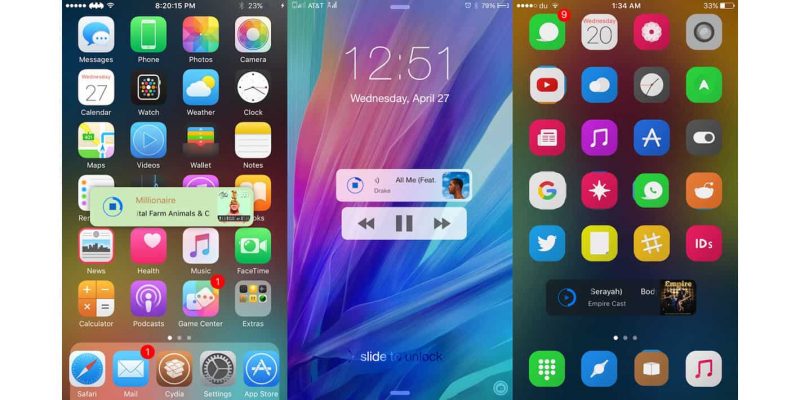 TinyPlayer Pro is a feature-packed Cydia tweak that offers system-wide access to music controls via a floating widget. The widget offers basic music playback options, such as play/pause, volume level adjustment and the current song’s name and artist.

You can expand the widget to show playback controls in a separate tray whenever you tap and hold the play/pause button. The tray is located directly below the widget and if you swipe it to the left you can share the current song on Facebook or Twitter. Swiping right will bring up the volume slider. Furthermore, if you tap on the song’s artwork, the Music app will be launched, and if you tap and hold it, the tweak will show the music picker. 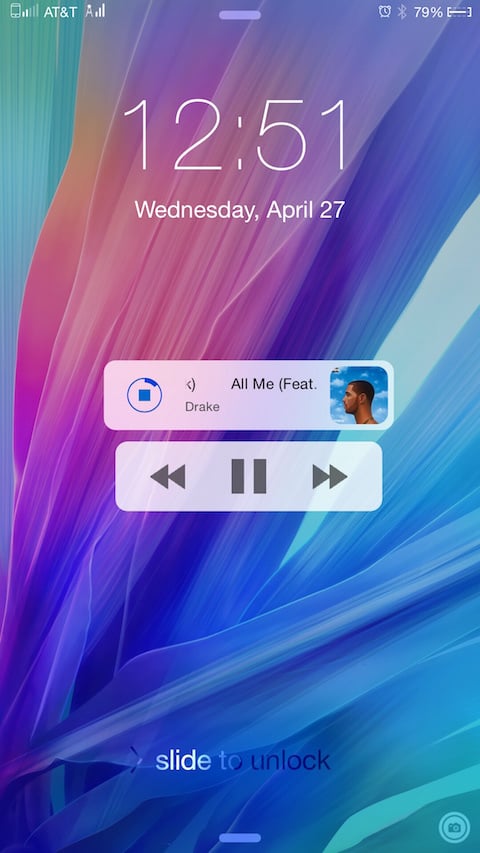 You can also pinch the widget to make it smaller or bigger, and even perform a rotation gesture to rotate it.

TinyPlayer Pro has a light and a dark theme which you can switch between by tapping and holding on the widget but this is just the default style. There are three more to choose from: Adaptive which makes the label and background color change based on the dominant color of the song’s artwork, Custom (the name speaks for itself) and Artwork which will blur the song’s album artwork and use it as background for the widget. 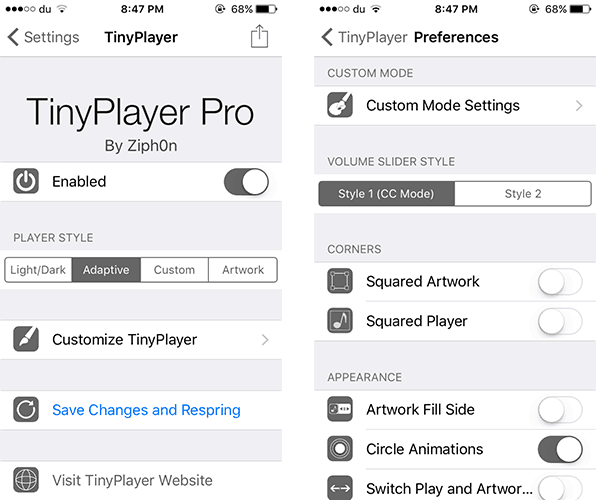 You can access all of these styles and many other options from its preferences screen available in Settings. As you can see TinyPlayer Pro includes many other visual customizations, including the player and artwork corners, animations and so on.

The tweak is available for $1.99 on Cydia’s BigBoss repo, and it also has a free version called TinyPlayer Lite that’s not so packed with features but still great as a music playback widget and an equally convenient solution that lets you control music playback from any screen on your iPhone.