One can only wonder why some old iOS features that are actually super useful remain hidden for years. Take the iPhone Calculator’s hidden backspace option for example.

I’m sure that like other iOS users whenever you typed a wrong number in the iOS Calculator app you’d just hit C to remove the entire string and start over. That’s extremely annoying, especially for long numbers.

How to “backspace” in the iPhone Calculator app

Since there is no visible backspace button, we’ve all assumed there is no such option. But we were wrong! The iPhone Calculator’s hidden backspace option is not a button as we imagined it would be. It’s a gesture!

Surprisingly, you don’t need to tap on anything to remove numbers one by one from the app. You just need to swipe left or right (the direction doesn’t matter) right on top of the numbers you’ve entered. 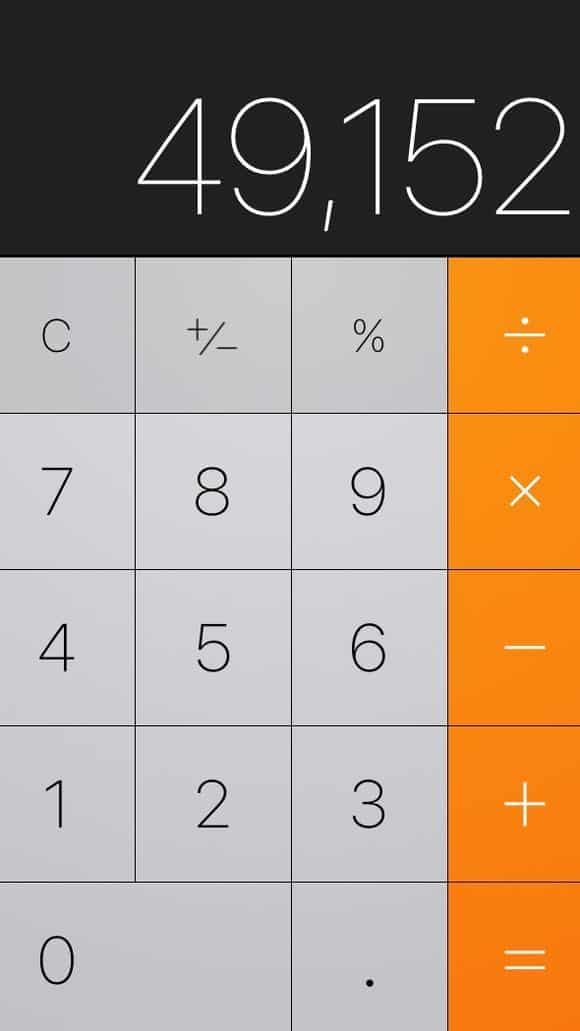 I bet you never thought of trying that. In fact, I’m sure that whoever discovered the trick did it by accident. One swipe removes the last number you entered, the next removes the second one and so on. Just keep swiping until you undo the mistake and then re-enter the correct number sequence. That’s it!

I’m sure that a lot of us who are familiar with iOS (some for a really long time) are feeling a bit embarrassed right now. But truth be told, we could seriously have some kind of pop-up (which we can suppress after the initial display) that tells us there’s a better way of correcting wrong numbers when hitting the C button in the Calculator app.

Have you known about the iPhone Calculator’s hidden backspace option or did you just find out? Share your thoughts in the comments section!