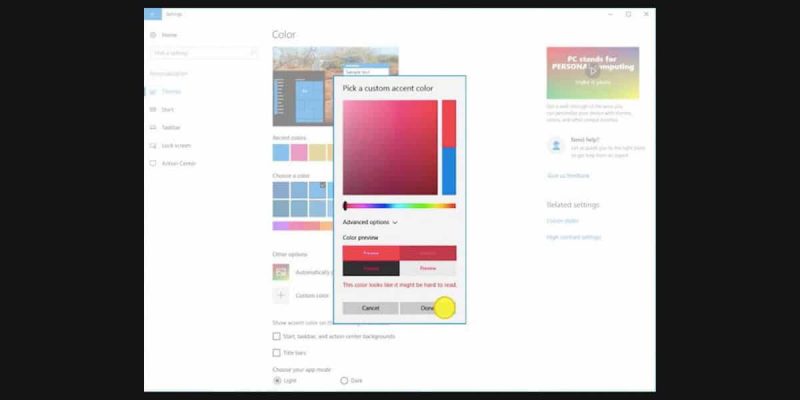 We have some good news in this department as the Windows 10 Creators update will finally bring us the ability to customize accent colors.

Users have been eagerly awaiting for the possibility to customize accent colors in Windows 10, and it will soon be possible thanks to Creators update. The new feature was revealed during October 2016 Microsoft event. Here’s how it will work. 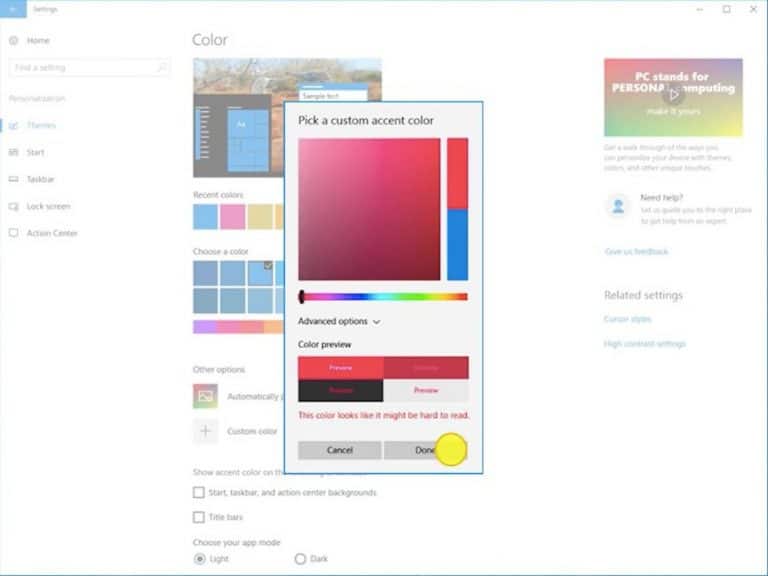 Under Personalization -> Colors there will be a color picker that looks like in the image above. There will also be several advanced options as well as a live preview for the color you select.

After Creators update, Windows 10 will retain color presets and recent colors you used in the past. 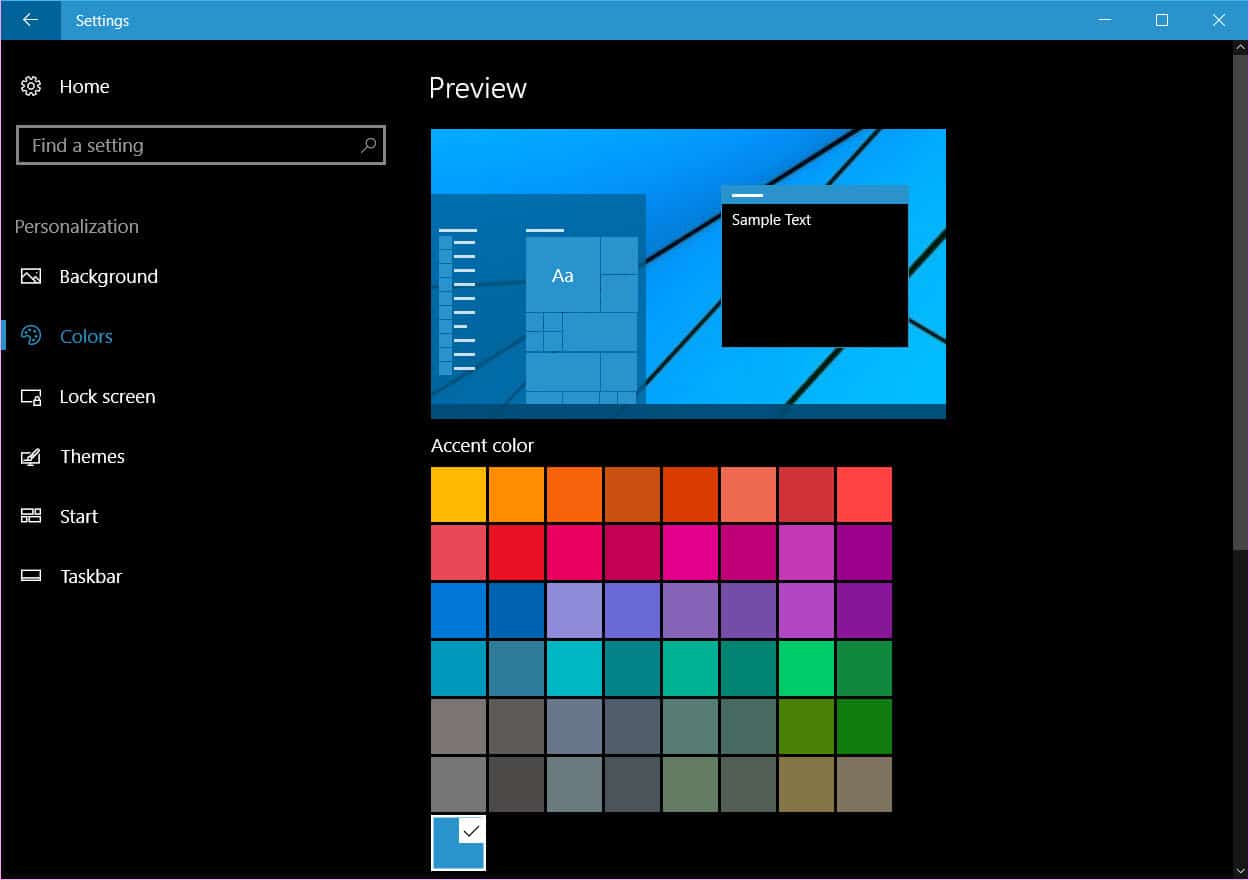 The image above shows how the Colors options available in the Settings app look at the moment. There are just predefined accent colors, and even if the list has somewhat expanded from its infancy, it’s very far from the color picker we’re going to get in Windows 10 Creator Update.

The Windows 10 Creator Update is scheduled for release in March 2017, which means we still have to wait for the new color picker. Also, like any beta feature, there’s always a chance (albeit small) that Microsoft can change their mind and postpone it for a future update.

However, considering many users want the ability to set custom accent colors in Windows 10, we’re confident Microsoft will not remove this feature from their plans.

Do you love to theme Windows 10, and are you excited about the future color picker that allows us to customize accent colors?