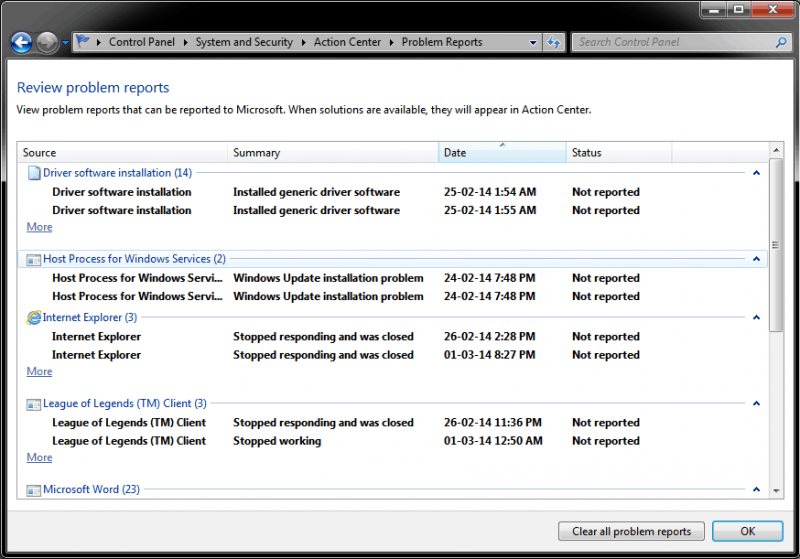 Welcome to Pocketmeta’s list of the Top 10 RPGs for iOS! RPGs are undoubtedly one of the most popular genres of all-time, and there are a lot of great ones you can find on Apple’s App Store. Not only are there some fantastic ports from other platforms, but there are a handful of mobile originals that are just as good — if not better since they were originally designed for a mobile platform. Let’s get started with the list. 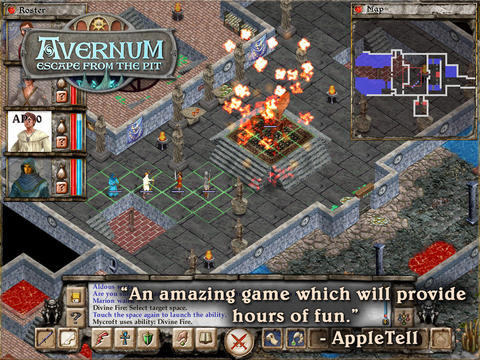 Travel to the underworld in this epic fantasy RPG, where you must fight to make your way back to the surface to overthrow the evil Emperor Hawthorne. Avernum has a massive world to explore, with 80 unique maps, and a wide variety of enemies you’ll encounter along the way. Unleash powerful abilities and strategize your group’s skills accordingly to take down opponents. This game provides hours and hours of entertainment, and is a fantastic RPG to play on mobile. 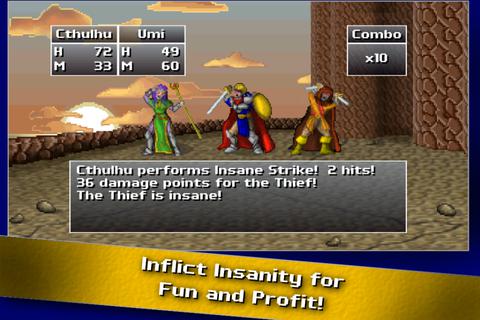 It’s fun to throw a bit of humor into your RPG from time to time, and it’s even better when there is actually a well designed game underneath. Cthulhu Saves the World provides a lengthy campaign with classic RPG combat throughout.

You play as Cthulhu who has decided to change his ways, and is now set on a path of redemption.Enjoy the unique skills and abilities, and use them to dominant your opponents in combat. The story is fun and intriguing, and will definitely keep you invested in the game throughout the entire campaign. 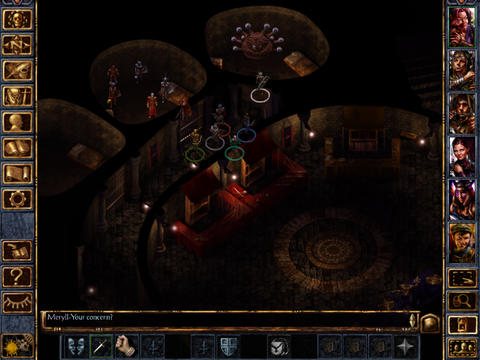 As much as I’d love to rank this game a bit higher, it is unfortunately plagued by a considerable amount of bugs and other minor issues. However, Bladur’s Gate is jam packed with content, as there are 7 expansions included with the original game. There is easily 100+ hours of gameplay here, and it is very enjoyable when the game is working the way it should (which is frequent, but not always consistent). If you are a fan of this game, definitely check out the sequel, Baldur’s Gate II ($14.99). 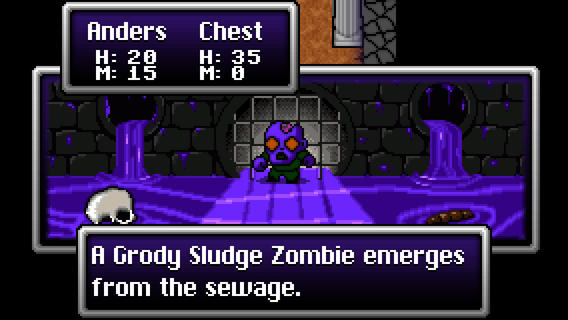 Dragon Fantasy is a really fun old-school 8-bit RPG, and even though it may seem a bit steep to pay $8 for an 8-bit game, it will be money well spent in the end. Follow a new story-line with tons of areas to explore, people to meet, and monsters/other enemies to defeat. It stays close to the standard classic RPG format, but adds it’s own unique flavor to the genre. If you have an iPhone and an iPad, you’ll enjoy the cloud saves which transfer between devices. 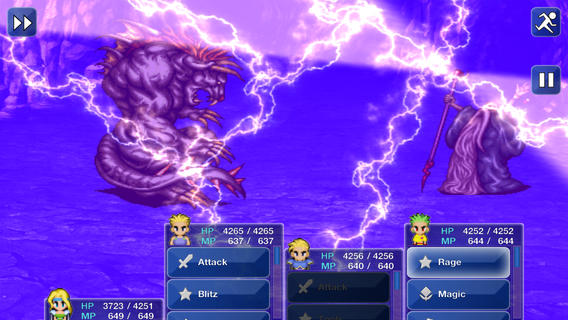 I couldn’t go without mentioning the Final Fantasy ports on iOS. Love them or hate them, they are still Final Fantasy, and Final Fantasy is still one of the greatest (if not the greatest) RPG series of all time. Any on of the ports in this series will do, but VI is the most recent, and probably the most different from the original game. The price is a bit expensive, but you can rest assured with any Final Fantasy game, there will be a lengthy and epic story-line to complete. 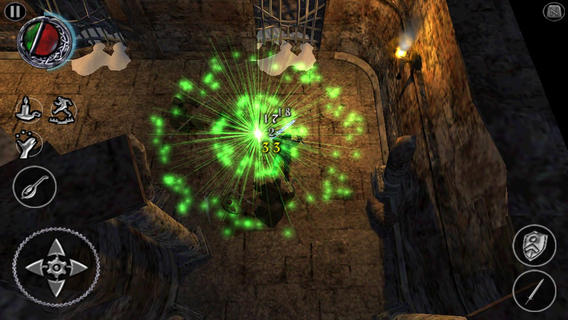 Another classic RPG that has made it’s way to the iOS platform is The Bard’s Tale. Enjoy a splash of comedy with your story-line in this epic adventure, featuring tons of items and armor to collect, enemies to battle, and dungeons to explore.

There is 14 hours of voice acting alone in this game, as well as 30+ hours of gameplay — not to mention all three fo the classic 2D games are also included. This is definitely the best deal you’ll find on an iOS RPG. 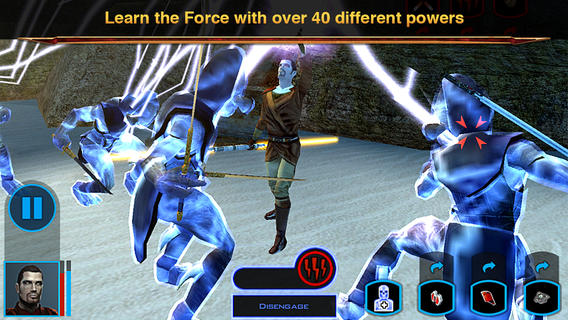 KOTOR is easily one of the greatest RPG games ever, but unfortunately the mobile port doesn’t quite to the game justice — and I don’t think anyone expected it to be perfect. It is still a really fun game to play, but doesn’t quite bring back that same feel as playing this on the original Xbox or PC. For hardcore Star Wars fans who enjoy RPGs, this is a no-brainer, and if you’ve never played KOTOR before I highly recommend you try this out. 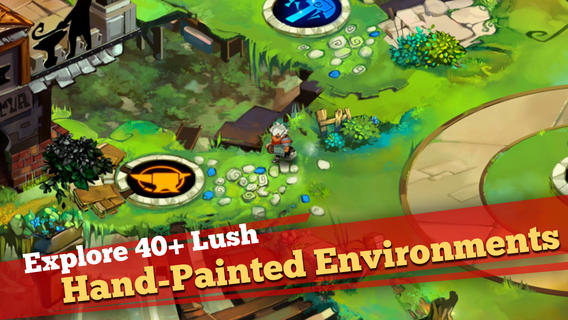 Extremely unique and diverse, with a massive game world to explore, and a really great story-line to top it off. These are all things you get with Bastion, and these elements are so well-done, I can’t help but put this game in the Top 3.

Bastion always has you wondering what you’ll encounter next, whether it’s a new weapon to master, a new area to explore, or a new Bastion structure to investigate. The controls are fantastic, and gameplay is smooth and addicting. 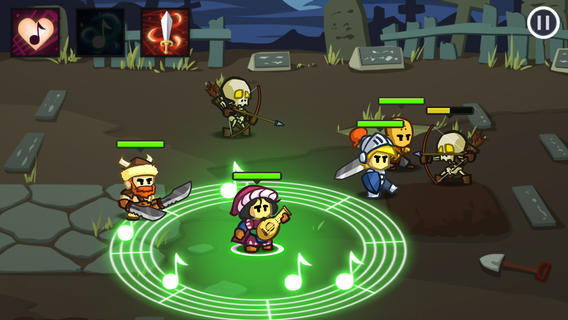 One of the most popular RPGs for iOS is Battleheart, and this is likely due to it’s extremely addicting gameplay. Easy yet intuitive controls, tons of character customization, and a campaign packed with 30 different levels — as well as extra game modes to play.

You’re able to create your own party with classes of your choice, which can make or break your chances of completing a level. Fans of this game might want to check out Battleheart: Legacy ($4.99) as well, which is very different, but in the same series. 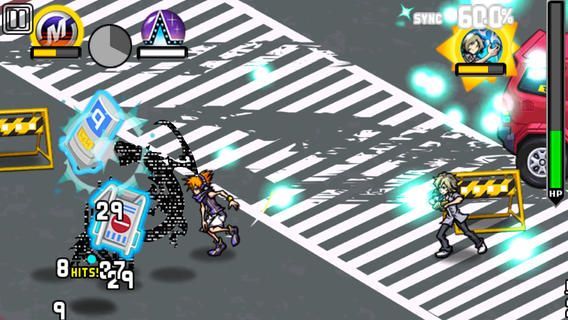 On top of our list of the Top 10 iOS RPGs, is an extremely unique game from Square Enix — The World Ends With You. This is the most expensive game on the list, but it is also the best, and definitely worth every cent.

Step into a new and diverse world, explore a massive and intriguing city, all while following the game’s fantastic story-line. The combat is very innovative and addicting, sure to keep RPG lovers on the hook. If you are in search of an RPG game that will provide a nice change of pace, and keep you wanting to come back, this is the one. 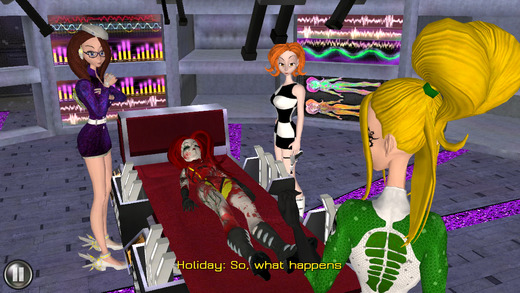 I am still getting into this game as it is relatively new, but I can tell there is a high chance it would definitely be on this list — as to which spot exactly, I’m not sure yet. However, I can still highly recommend you check out Revolution 60, or at least download the free trial of the game (you can upgrade at any time and continue from your demo progress). This game has a really unique combat system, intriguing story-line, and seems to be pretty lengthy.

What did you think of the list? Leave us a comment below, and make sure to include your favorite iOS RPG game to play!