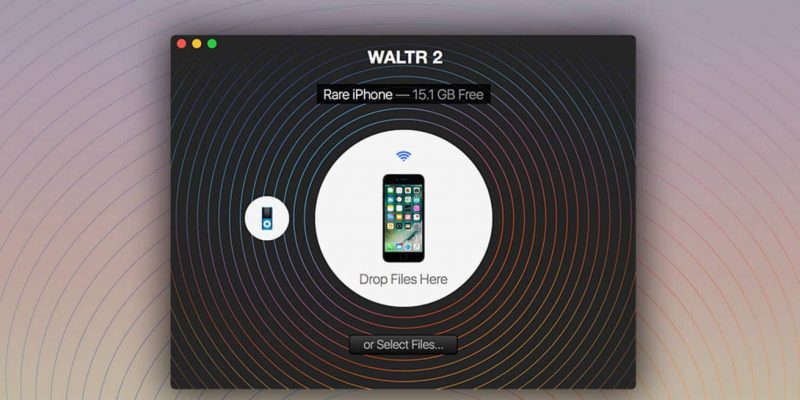 Did you know there’s a simple way to transfer any content to iOS devices without iTunes or jailbreak? An app called WALTR was designed for this purpose a few years ago. Now, a new version named WALTR 2 is out and it’s so much better.

WALTR 2 is an application designed for Windows and Mac computers, which provides video and audio file transfers including the wireless kind. Also, it supports plenty of other file formats and works with iPods as well, not just iOS devices.

With WALTR 2 installed on your Mac or Windows PC, you simply need to connect your iPhone, iPad or iPod to transfer content – this includes videos, music PDFs, ringtones, ePUB files and so on. The interesting part is you can even transfer files that are not natively supported by the receiving device.

Besides moving files, WALTR 2 can also automatically construct metadata. This means it can add proper tags to music files, or the right titles to your video files, for example. 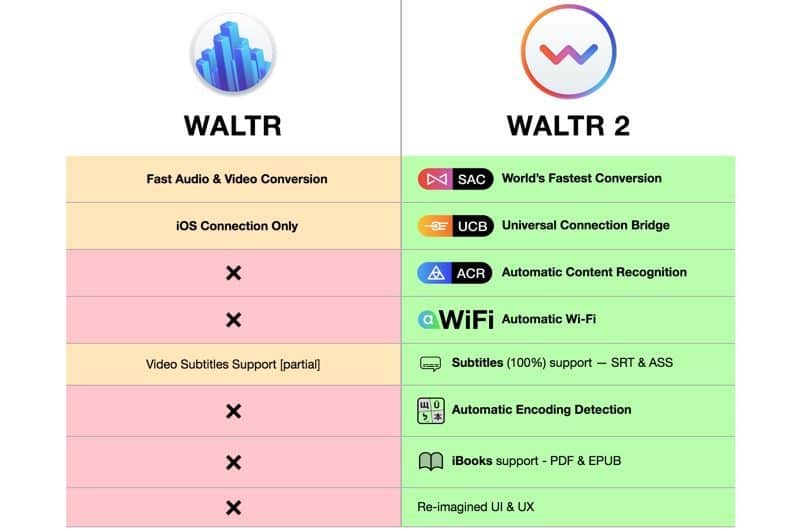 Since WALTR 2 supports both wired and wireless transfers you don’t even nee to plug your iPhone into the computer to move a few files which is very convenient. However, if you have to transfer large files or a big collection it’s best to do it through a USB cable since it offers significantly faster speed compared to the wireless connection.

The app even supports subtitle files so it’s no surprise the list of media formats it can transfer is comprehensive to say the least.

WALTR 2 is not a free app, but it wouldn’t be normal considering the amazing functionality it provides. You can test it during a 24-hour free trial, and if you like it you can purchase it with a $39.95-lifetime license. Also, those who already own a license for the old WALTR app can upgrade to the second version for $19.95. Visit the link below to get WALTR 2:

The devs also came up with a compelling demo showcasing the new WALTR 2 and it’s wonderful features: