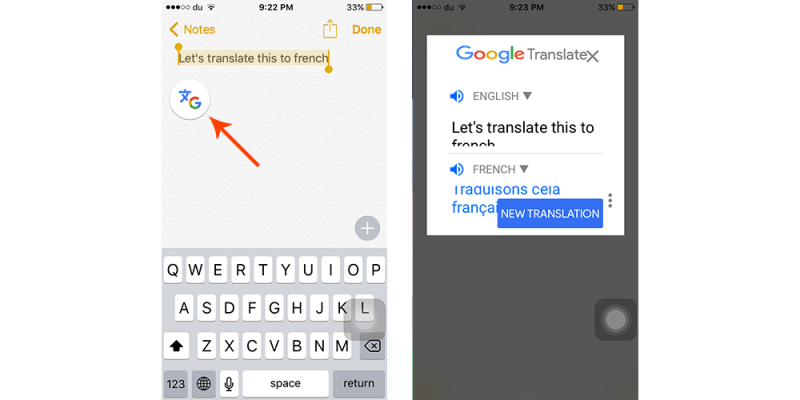 iOS has had plenty of time to mature, and there are many actions you can perform in the blink of an eye. Of course, it’s quite difficult to have them all and one thing that’s missing is quick text translation. Nevertheless, assuming you have a jailbroken device there’s an awesome new tweak that allows you to translate text with one tap on your iPhone.

The Tap to Translate tweak is designed as an iOS alternative to the Android quick translation feature and it works just as easily.

How to translate text with one tap on your iPhone 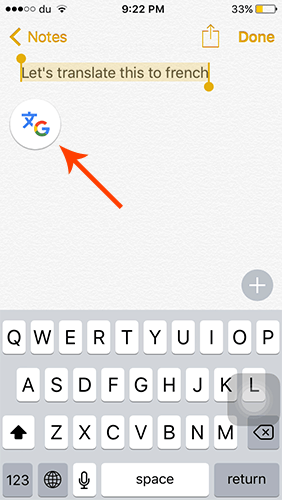 Tap To Translate is available on Cydia’s BigBoss repo and works on devices running iOS 9.3.3.

After you install this tweak you can go ahead and highlight any piece of text (on any screen or app where this is possible) and tap on the Copy button.

Then, the tweak will display a floating button and once you tap on it, the translation of the copied text performed with Google Translate will appear in a popup. 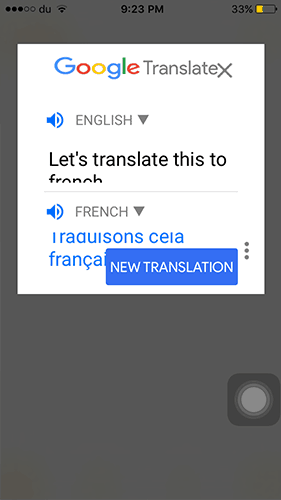 Also,you can change the translation page or perform a new translation and by tapping on the three-dots button you can open the translated text in Google Translate (if you have the app installed) or copy it.

You can easily reposition the floating button and since sometimes you might want to highlight some text for a purpose different than translation it is also possible to tap and hold on it and make it disappear.

The best part about this tweak is it offers a simple way to translate text with one tap on your iPhone since it doesn’t require any configuration. All you need to do is install it and then you can make use of its translation feature right away.

Compared to other solutions such as widgets and translation apps, the tweak offers a much faster method to translate text, plus it relies on Google Translate which is not perfect but one of the best free translation engine.

The one (but bearable) downside of Tap To Translate is its small interface which makes a large piece of text difficult to read. Nevertheless, it’s definitely worth a try and we’d love to hear your thoughts about Tap To Translate if you get a chance to test it.