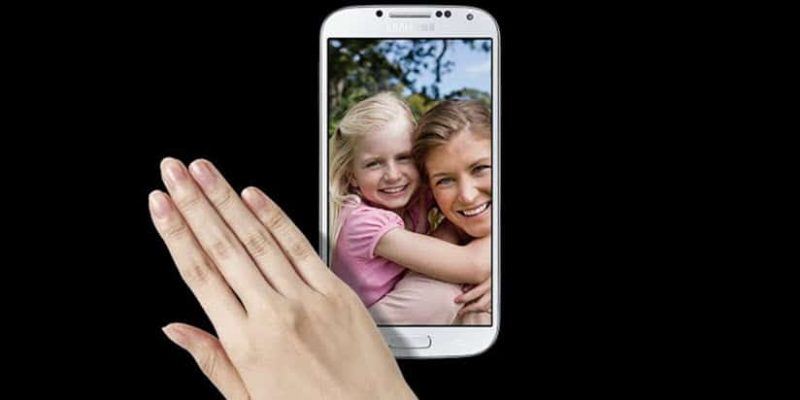 I find it really annoying to manually turn on my phone’s screen over and over, when I need to check my lockscreen notifications often. For that, and probably other reasons I can’t think of right now, a simple no-touch gesture set to fire up the screen can make the task much less daunting.

‘Gesture wake up’ is a cool feature exclusive to the Samsung Galaxy S6, which lets users wave their hand over the locked display to turn it on. But those of us who don’t own a Galaxy S6 have a way of getting this feature as well.

Wake On Gesture is a small, yet very useful app that allows anyone with a phone running Android 2.3 and higher to turn the screen on and off using the ‘hand wave’ gesture among other triggers. If you find this feature useful, follow the instructions below to get it working on your phone.

Launch the app and you’ll be asked to ‘Activate device administrator‘ so you can give it permission to control when the screen locks. Activate the function so you can access the Settings of Wake On Gesture. 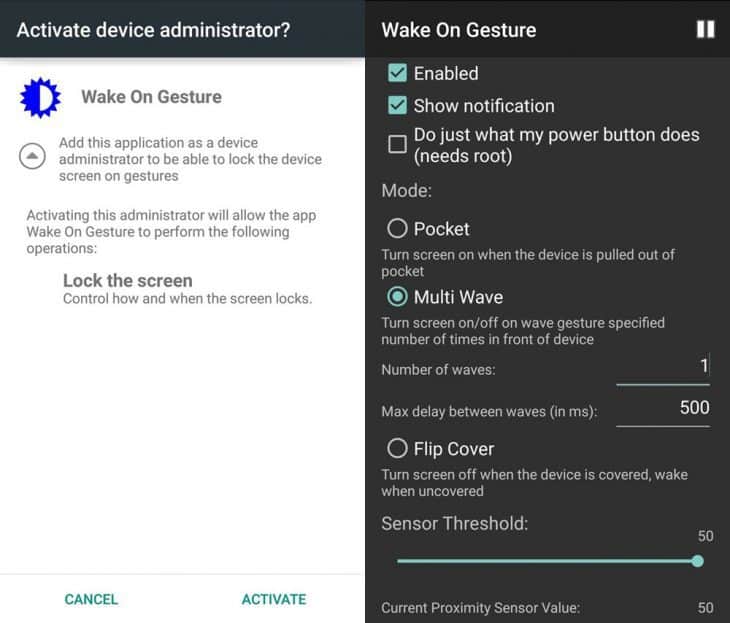 Check the ‘Enabled‘ option so the app is activated. From here you can turn on the ‘Notification‘ option that will show you Wake On Gesture in a permanent notification so you can quickly turn it on and off.

As you can see, the app offers other triggers to turn on your phone’s screen such as ‘Pocket‘ that will wake it up when you take the phone out of your pocket, and with ‘Multi Wave‘ you can set the ‘hand wave’ gesture to a number of waves as well as the maximum delay between them. Tweaking this particular setting can be very useful to prevent turning on the screen by accident, but one wave works just fine too.

‘Flip Cover’ is also a nifty function of the app, as if enabled the screen of your phone will automatically turn on when uncovered and off when covered again, but only you actually keep it in a flip cover, of course.

Have you tried Wake On Gesture and is the ‘hand wave’ gesture something you use often? Let us know in the comments section.

Check out our Android guides section for more handy tips, tricks and how tos and don’t forget to share this article if you liked it. Follow us on Facebook, Twitter, Pinterest and Google+ to receive our latest news and apps & games reviews for Android, iOS and Windows Phone !