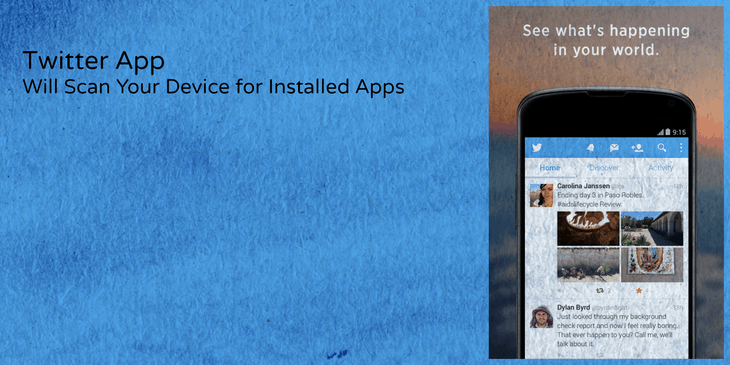 After Edward Snowden’s whistle-blowing scandal, things got a bit quiet in a way that app developers, especially mainstream big names, slowed down in their blatant intrusion of user privacy. However, right now we might see yet another wave of privacy intruding apps, and the worst part is these are the apps we got accustomed to live and work with, or play.

Let us face it – a very small amount of users questions why would a mobile game need to access your camera or microphone, let alone read or write your text messages, or scan your device for ALL installed apps.

Just a few days ago, we published a review of Kabam’s Creature Academy – a game for kids, adolescents and well.. kids at heart. So if your kids use your device to download and play games, in-app purchases are not the only things you will have to worry about. Many of these freemium or premium conveniences demand in return an unprecedented level of access to your private data.

Geeks News Central reports the next time you approve installation of app updates for your favorite Twitter app, it will come with beefed up app permissions. Namely, Twitter mobile app will regularly scan your device for the installed apps to ‘deliver tailored content that you might be interested in,’ according to Twitter.

This might mean you will be served ‘relevant’ ads, but it could also mean your timeline might be affected. According to Twitter, it will only be collecting the LIST of apps installed, and not apps data. This information will be used to ‘improve’ who to follow suggestions, to help Twitter add stuff to your timeline you never asked to see in the first place (but hey, since Twitter thinks you should like it, like it you must), and of course show relevant ads.

Reportedly, you will be notified when this feature is turned ON for your account when you see the notification – ‘to help tailor your experience, Twitter uses the apps on your device.’ But surely, Twitter app must include this permission in the marketplace description.

Twitter goes cunning in this one, and lets users who take the extra effort to read through the introduction, find a way to opt out of this mess of a permission.

– Tap the three vertical buttons also dubbed overflow (this is where settings usually reside in Android)
– Choose Settings and select the account, if you have more than one
– Tap Other and disable the option of Tailor Twitter based on my Apps.

– Go to Me tab and tap the Gear icon
– Go to Settings and select the account, if you have more than one
– Go to Privacy and disable the option Tailor Twitter based on my Apps

Also, if you have previously opted out of ‘interest-based ads’ in your Android device settings, or turned on ‘Limit Ad Tracking‘ option on your iOS device, Twitter app will not scan your apps list.

The bottom line is – who reads Twitter’s support blog? Will users even realize what that notification means for their privacy? Will they even care? Of course, Twitter is going to say it is using that data for our own good. Whisper, too, assured its users of their good intentions. My point is – when tech companies have a way of collecting user data, they do so because the area is largely unregulated, and the tech companies are immensely unaccountable. Multiply that by an increasingly powerful political lobby of some of them (Google, Facebook) and their omnipotence suddenly does not seem so friendly.