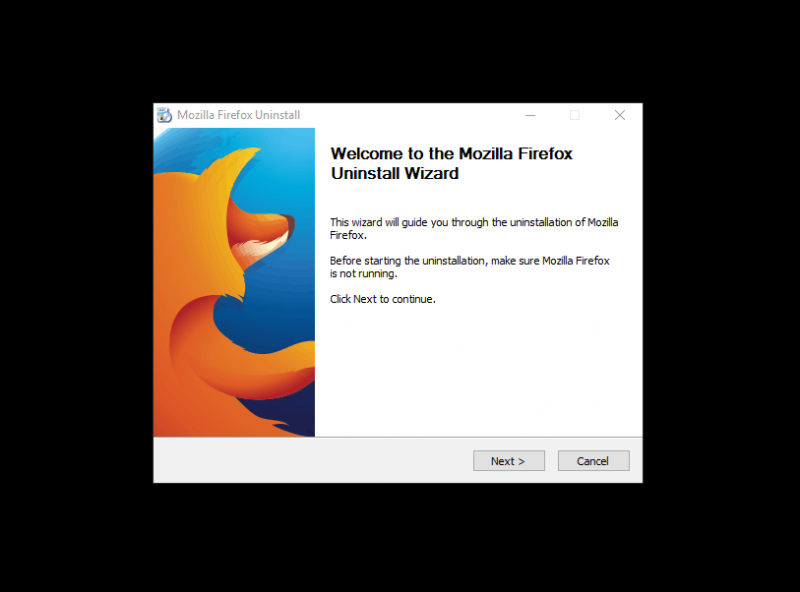 As most people hopefully know by now, uninstalling programs in Windows has traditionally been accomplished through a dedicated utility. The “Programs and Features” utility resided in the Control Panel up until Windows 7, after which it was transformed into the “Apps and Features” utility and found its way into the Settings app. The original tool can still be found in both Windows 8.x and Windows 10 systems and that is how the average user uninstalls unwanted apps. However, some apps do not create entries in the utility, meaning you have to find another way to uninstall them. 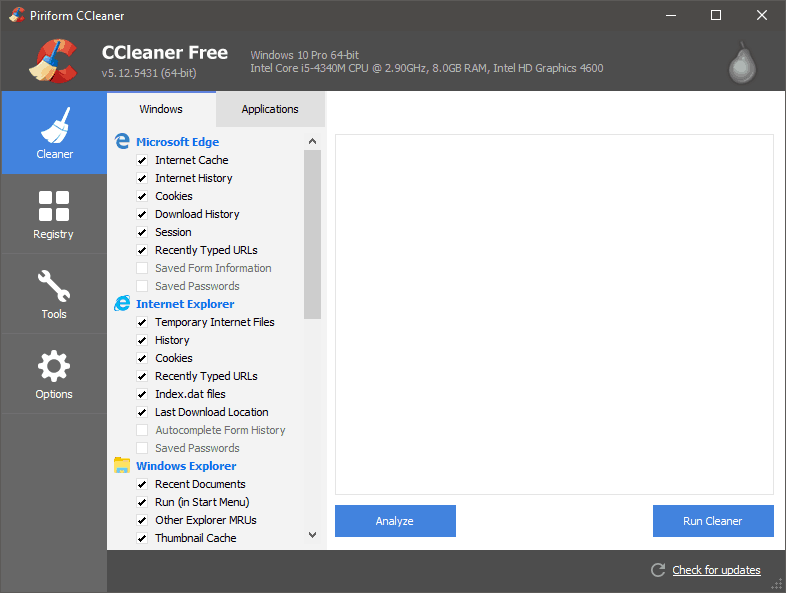 First of all, and this might sound a bit silly, you ought to make sure that the app you are trying to remove from your system is not a portable one. Portable apps are executable files which contain entire programs that do not need to be installed in order to work. Many popular programs offer portable versions which are mainly used in removable storage devices like USB drives where installations are not practically possible. If you think you may have gotten your hands on one such app, just delete the downloaded files and all traces of it will be gone from your PC.

Uninstall from the Start Menu 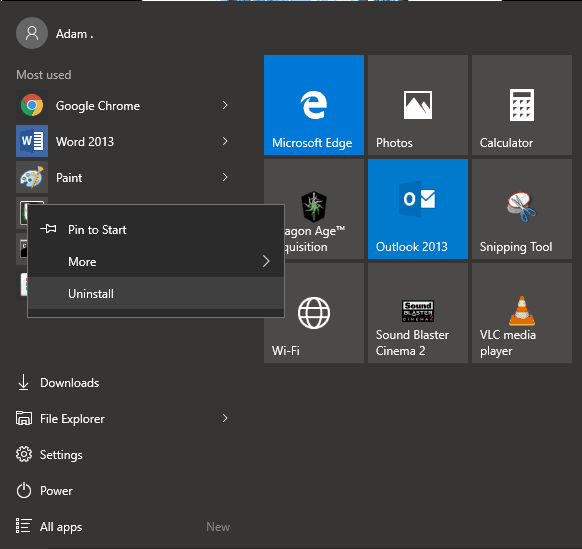 In Windows 10, there are quite a few apps that can be uninstalled directly from the Start menu even if that option is not available elsewhere. You can quickly find that out by right-clicking on a Start menu shortcut and seeing if there is any “Uninstall” option or not.

When you start an uninstallation process through the “Programs/Apps and Features” menu, what usually happens is that the utility automatically opens the uninstallation executable bundled with the app you are attempting to remove from your system and the wizard guides you through everything. So even if the app is not listed in that menu, it might still have an uninstallation executable that you can run in order to start the process manually. The easiest way to find that file is to right-click on the app’s shortcut and select the “Open file location” option.

Note: in Windows 10, selecting this option in certain areas such as the Start menu may take you to the folder where shortcuts are stored instead of the executable file’s location. Should that happen, all you have to do is right-click on the shortcut inside that folder and select the same option again. When you open the app’s folder, look for a file that says “Uninstall” or a shortened version of that. This is usually located in the same directory as the app’s executable but feel free to poke around more in case you cannot find it right away. 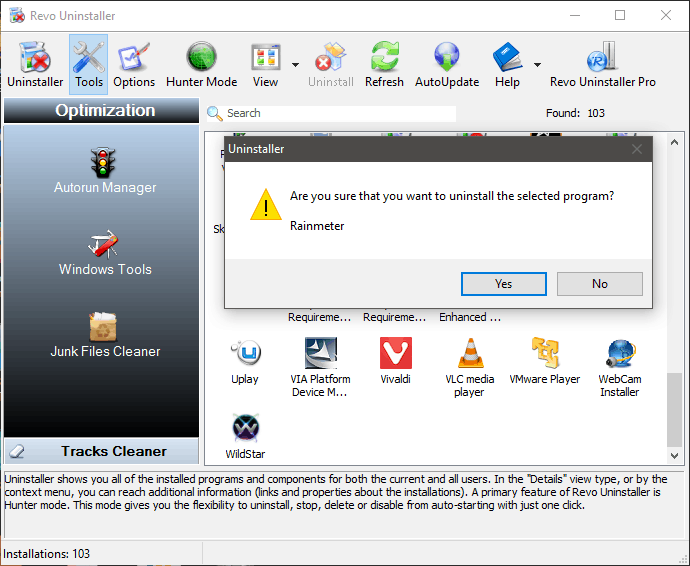 I know that asking people to install programs that help them uninstall others might sound a bit strange but there are a lot of people who could benefit by uninstaller utilities more advanced than the default one in Windows. A few trusted third-party uninstallation apps can help you remove virtually anything from your system, whether it is crapware or just an application with a disappointing uninstallation process. Specifically, most of the dedicated apps are excellent at breathing some new life into your system by allowing you to do some spring cleaning on your installed apps, disable startup items, check how apps are affecting your PC, and more. Uninstallers from Revo and IObit have proven to be extremely effective so either one will do the trick. 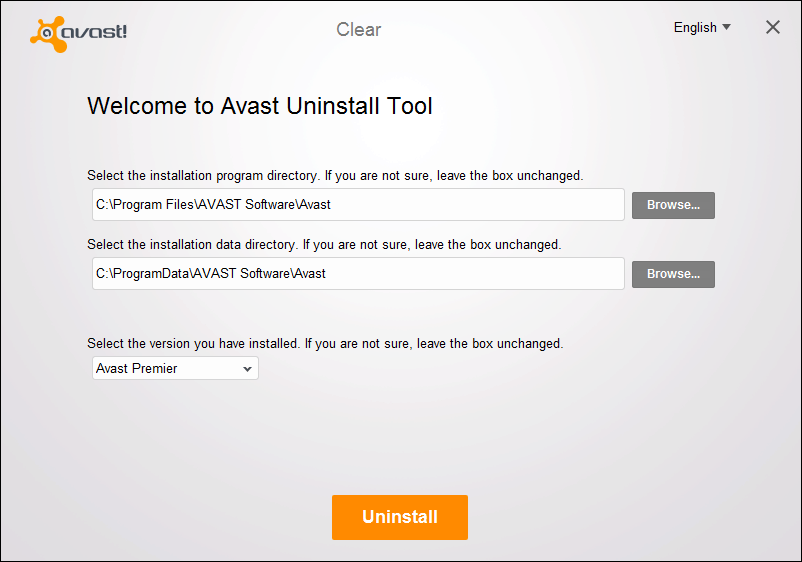 Some applications, which tie themselves deeply into your system after they are installed, are nigh impossible to remove with standard methods. This is particularly true for antivirus suites where multiple interweaved programs make the process far more disturbing than it should be. The best thing to do then is to search for a dedicated utility provided by the original manufacturer of the product such as Kaspersky’s Lab Products Remover and Avast’s Uninstall Utility. Do note that only complex software suites have removal utilities such as these two but you should use them whenever you find them.

For the final option on this post, we will try the “hidden under your nose” solution. See, the executable file you use to install an application does not always have to be discarded after the program sits comfortably in your computer. Sometimes, launching the installer again will allow you to either “manage” or “remove” the offending application without going through any other menus. Even if you have lost the original installation file, downloading a new one should work just as well. Just try to get a version which is the same or newer than the one you have installed in your PC otherwise you may run into additional issues.