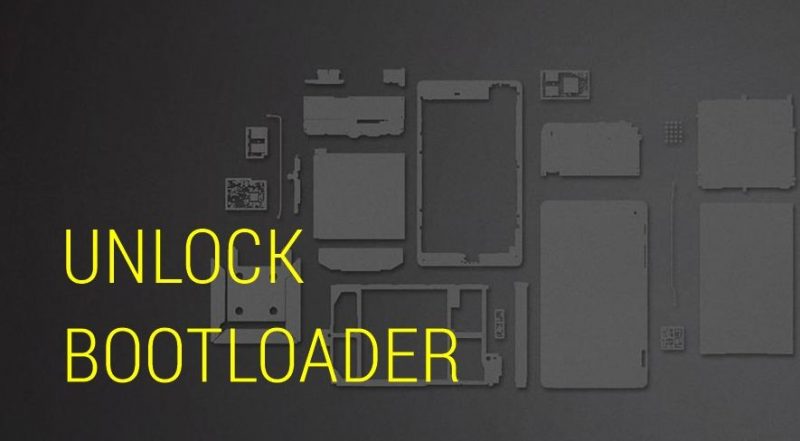 Here is a comprehensive guide on Android bootloader especially aimed at rooting and hacking newbies, and since the verbiage of tech nerds may sometimes get too tricky for normal people, let us get some basics out of the way first.

Before you try to install any custom ROM on your device, you need to unlock the phone’s bootloader, which is a code executed before any OS (operating system) launch. The notion of a bootloader is unanimous to all operating systems worldwide and includes systems running on your personal computers, laptops, tablets, smartphones, smartwatches and basically everything that has OS on it.

A bootloader is basically a container of instructions to boot OS kernel, and in most cases, a bootloader has its own environment for debugging (modification).

Bootloader is the first thing to launch on your device as you hit Power on – it kicks off before anything on your smartphone, including operating system and applications. Bootloader is closely tied to the chip powering the device, so every motherboard needs a native bootloader.

As a result, all Android smartphones running on different custom ROMs and using different processors have different bootloaders, which are highly processor specific.

Unlike Android, iOS devices run pretty much similar, evolving hardware and thus, their iPhone bootloaders do not vary as much as Android’s.

There is one thing you need to understand about Android OS before you dive head over heels into rooting and unlocking bootloaders. Each brand of Android smartphones run Android OS, but since it is an open source operating system, each manufacturer produces its own version of the OS, and hence, the bootloader present on the device is specific to both individual hardware and custom ROM of the smartphone.

Some manufacturers even go as far as to package their devices with specific commands that would brick the phone (break it completely beyond repair) if someone attempts at installing a custom ROM on the smartphone. Motorola has been known to do this in a number of its devices; that is why you never see a rooted Moto smartphone.

Clearly, they do it because they want you to be always tied to their custom ROMs, designed specifically for their devices. It is virtually impossible to flash a custom ROM on a device with a locked bootloader without unlocking it. Otherwise, your efforts at force a custom ROM upon your smartphone can brick it.

Note 1: rooted devices are not subject to warranty.

So, the chain of notions is quite simple: if you want to root your device and install a custom ROM after that, you will have to unlock your device’s stock bootloader. In other words, unlocking bootloader allows you to flash custom ROM on your Android device.

Note 2: Not only unlocking the bootloader voids your device’s warranty, but it also formats the phone’s internal memory. This means that it wipes all applications you have installed, contact list, text messages, user profiles etc.

Please note: this guide is intended for devices running stock Android only. Stock Android is the operating system by Google as we know it, unaltered by device manufacturers. Since Nexus is Google’s product, it is a good example of stock Android, and it has zero UI alteration.

Google’s stock OS is the kernel of Android without any UI (user interface) alteration on top of it. In contrast, UI overlays on top of Android are developed by manufacturers like HTC, Samsung, LG and many more.

Do the backup of your device. You can turn on Google account synchronization and backup your device’s settings in your Android Device Manager. By default, your contacts get uploaded to your Gmail; so if there is nothing else you would like to back up, proceed with the instructions. In case you need detailed instructions on how to back up an Android smartphone, refer to our knowledgebase.

Download and install Android SDK, developer’s toolkit on your PC. You can find the latest version of Android SDK here.

Next, turn off your device and reboot it in bootloader mode. Here is how:

Connect your Android device to your computer via a USB cable and wait till the drivers are installed, which typically happens automatically.

Launch command prompt (terminal interface) on your Windows PC or laptop and type:

Alternatively, you can connect your Android device to your PC, ensure USB debugging is turned on and type in the command line:

The first command reboots the device in bootloader mode; the second unlocks the bootloader. 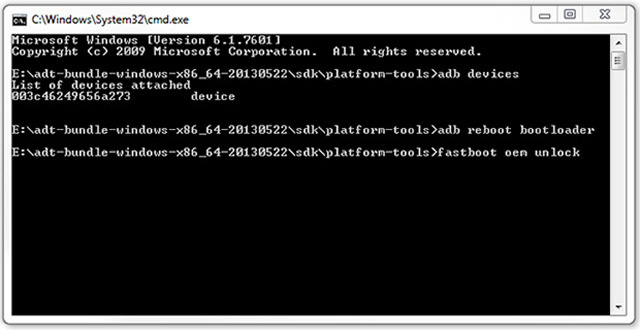 Press enter, and your phone must show a screen with a prompt regarding your bootloader’s unlocking. Carefully read the on-screen instructions and confirm by pressing volume up button and power button. 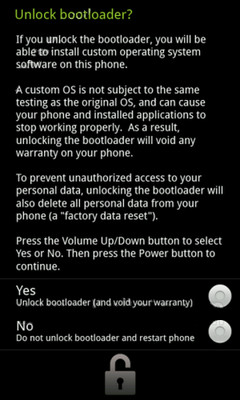 Voila! Now, you have unlocked the bootloader on your Android device.

You will need to find the manufacturer’s website to download the unlocking tool. For example, HTC website has a section for developers where you can grab SDK; you just need to find your phone’s model. Samsung website does not offer such luxury, but you can go to XDA forums and find Odin Unlocker for Samsung devices. Again, make sure to download the version designed specifically for your device’s model. Sony Mobile website offers a section for users looking to unlock their Sony’s bootloader. In either case, follow the instructions listed with the SDK as you proceed with download and installation.

It is not so simple for LG handsets, though, since LG does not offer official support to developers. So, you can try googling, or use this unlock for LG Optimus G.