It is a guide for newbies and Android first timers, who are abundant since the emerging markets are not saturated with mid-range Android devices, yet. Even the UK consumers are not overly pampered, with nearly 30% who bought their first smartphone in 2013, and the choice is predominantly Android. So, the brief tutorial on how to manually update the Android OS to the latest version could be quite handy for many.

In the first place, you do want to update your Android OS to the latest version for a number of reasons. First, the latest version always has the most recent bug fixes and security holes patches, so it’s a matter of security. Another reason is he cool features Google rolls out with each new update. Of course, the updates may bring some unfortunate limitations, as was the case with the revocation of app permissions in Android, a feature that was briefly available until Google deprived users of the basic consumer right.

Anyway, if you are determined to update the OS version, here is how you do it.

Usually, Android updates are available over-the-air, or OTA, thus the users do not need to use a computer and wires, but the unfortunate part about Android updates is they roll out with significant time lapses, which depend on wireless carriers and handset manufacturers. Since many manufacturers customize the operating system, they also need to work with the update before they release it to the consumers, whereas, the devices running stock Android, like the Nexus family, are the first to receive the treat.

Usually, you will get a notification from your wireless carrier or manufacturer about the new OS update available for your device, but nothing stops you from checking out manually. The process may vary depending on the device, but here is the basics that should fit them all.

#1 Check if your device runs the latest Android OS

Go to Settings -> About Phone and scroll down to see the OS version. Currently, the latest version is Android 4.4 KitKat.

If you have vital information you can’t live without, you need to do the backup of your device before you proceed with the update. Here is a comprehensive guide to backing up your Android device, with various approaches. Basically, the update is not supposed to affect your data, but it is better to be on the safe side. If all you have is a dozen selfies, shoot them to the PC via cable and proceed to the next step.

Go to Settings (via Notifications bar or the apps drawer) -> About Phone/ About Tablet. In tabbed interfaces, About Phone appears under General. 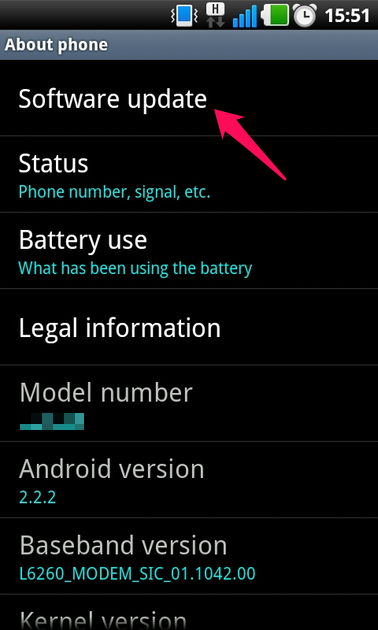 Find the Software Update menu and tap on it. 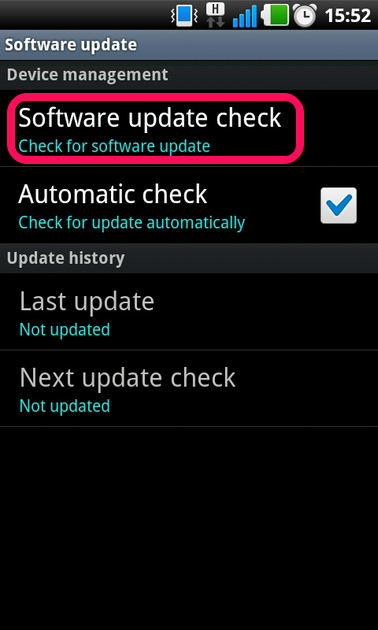 I would suggest you connect to WiFi and make sure the device’s battery is either fully charged, or connected to the power source, since the upload may be quite lengthy.

If there is an update for your particular device, you will be prompted with a confirmation window, asking whether you wish to install the update. Tap Yes, the download proceeds, the system reboots and you should have the latest Android OS version on your device. 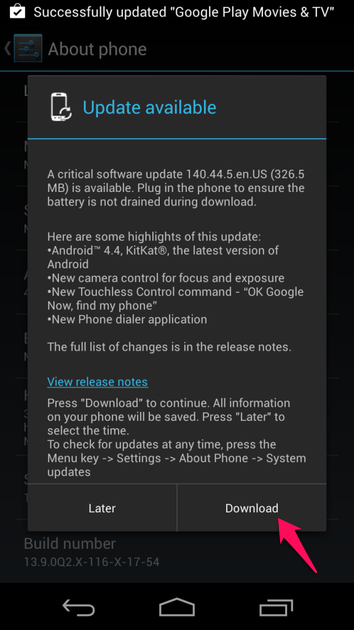