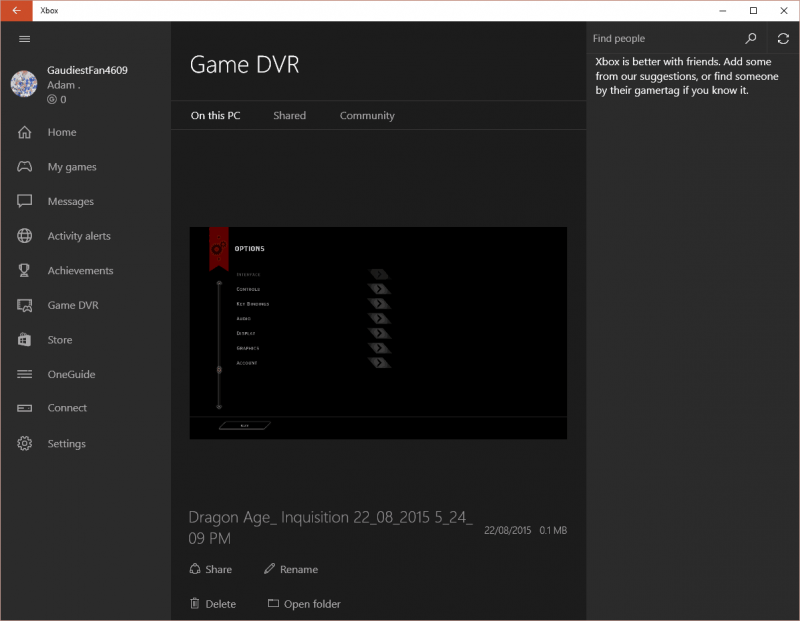 One of the gaming-oriented features that Windows 10 includes is the Game Bar, a part of the Game DVR utility of the Xbox app. You have probably noticed the feature already if you have played a game in your Windows 10 PC as it pops up every time you launch a game. The feature can be used to take screenshots, record gameplay and open the Xbox app. It also has an unofficial recording function but more on that later.

To open the Game Bar, all you have to do is press WinKey + G when you launch a game. Note that the feature may not work in some full-screen games so try playing in windowed mode if you cannot see it. The bar’s overlay has five different buttons which will let you open the Xbox app, save the last 30 seconds of gameplay, take a snapshop, record a video or access the Settings. The first option is self-explanatory but we will delve into the rest with some more details. 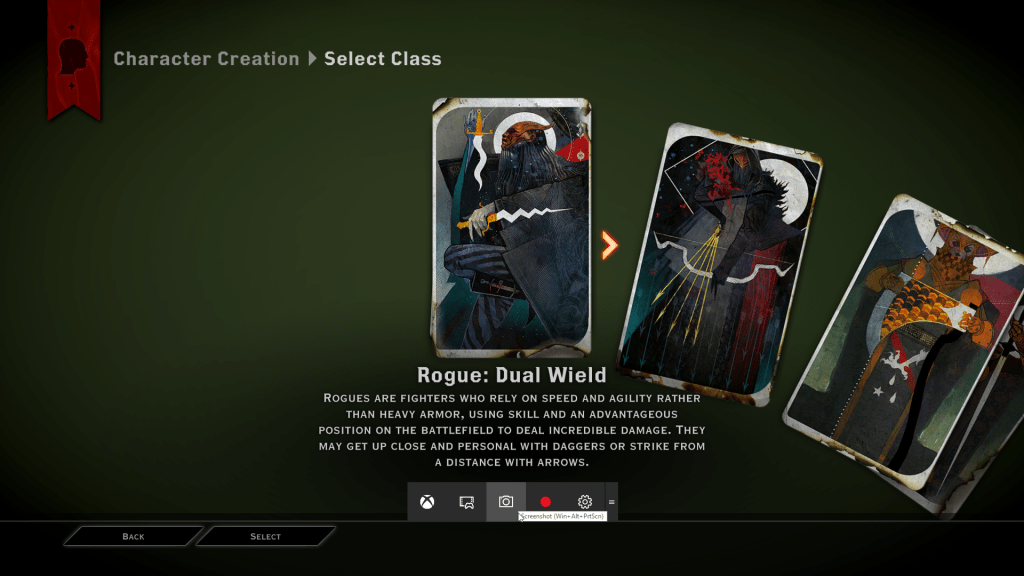 You can take a screenshot by clicking on the camera button or by pressing WinKey + Alt + Print Screen. The default directory for screenshots is This PC > Videos > Captures, the same place where your Game Bar videos are stored. You can also access the folder by going to Windows (C:) > Users > YourUsername > Videos > Captures. Pictures you capture are always saved in the .PNG format. 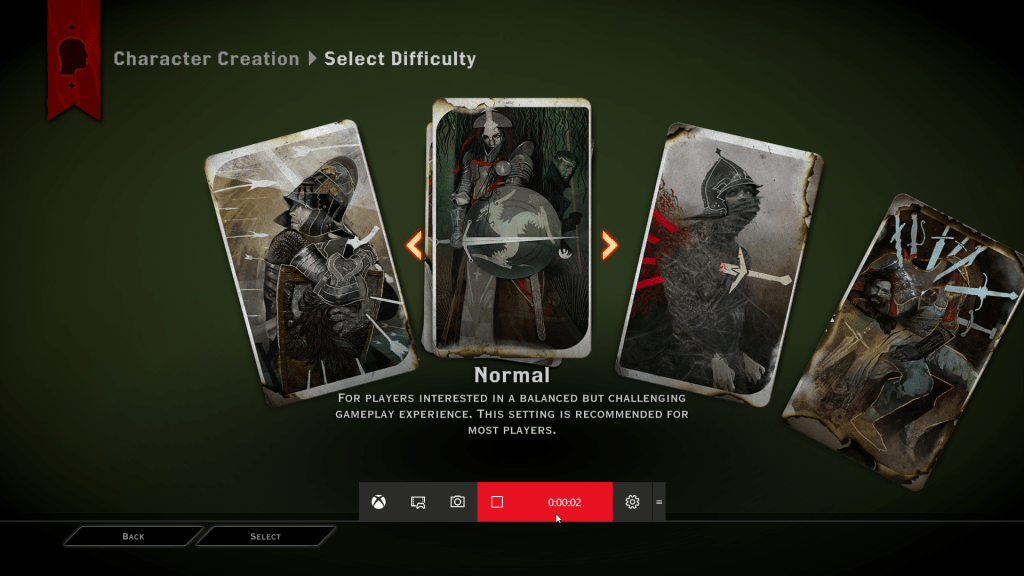 To record your gameplay, open the Game Bar and click on the red record button or press WinKey + Alt + R to start and stop the recording. The timer can be shown and hidden via the WinKey + Alt + T shortcut. The videos will be saved in the Captures folder in the .MP4 format. 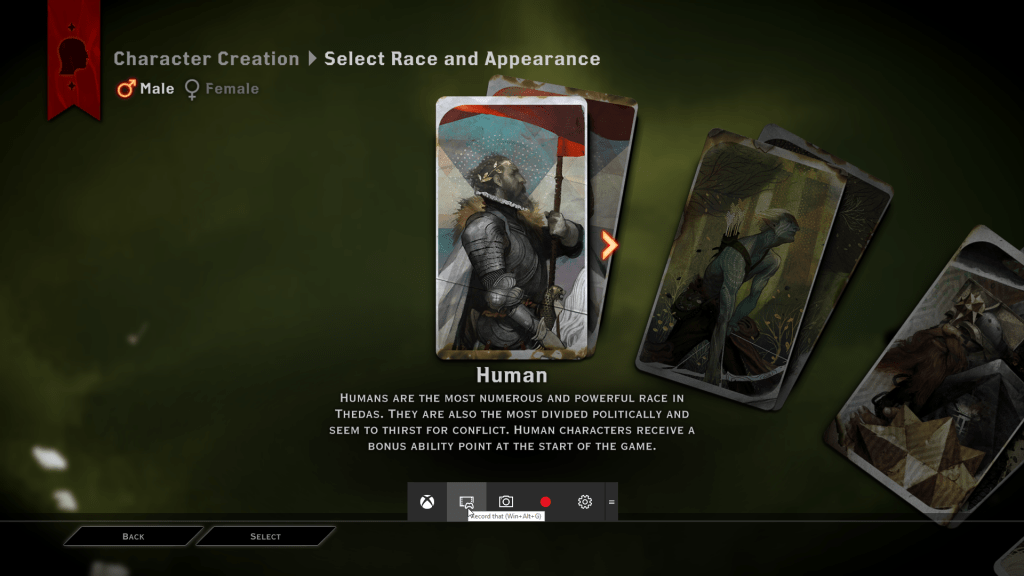 This is actually the second option of the Game Bar but it requires you to head over to the Settings and enable the “Record game in the background” option. By default the feature will automatically record the last 30 seconds of gameplay but it also offers a wider range of options starting from 15 seconds and going up to 10 minutes. You can also choose to enable recording while your laptop is not charging and while you are using a wireless display. There is no keyboard shortcut for this feature as far as I know so you will have to bring up the Game Bar and click on its icon. 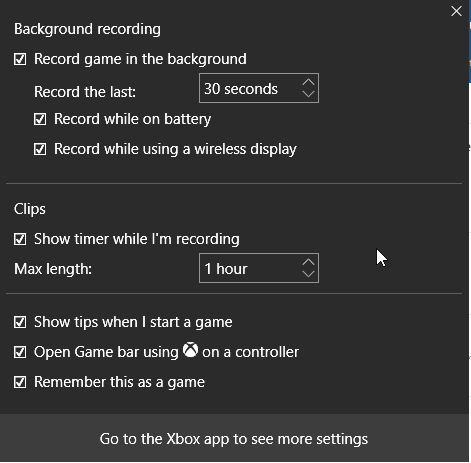 The background recording system was one of the most talked about features in Xbox One and the PS4 so it is no surprise that it made its way onto Windows 10 as well. However, the feature uses quite a lot of resources so if your PC is already struggling to play a game then you will want to leave this option disabled unless you are absolutely certain that you want to record something. If your computer is actually a powerhouse that runs games with no problems then you will not run into any issues with the utility, of course.

While the Game Bar settings will offer you some basic options, configuring everything via the Xbox app will give you access to a lot more customization options. Open the Xbox app and click on the Gear icon at the bottom of the left side toolbar to open the Settings. Then, click on the Game DVR tab at the top to customize your game recording options. 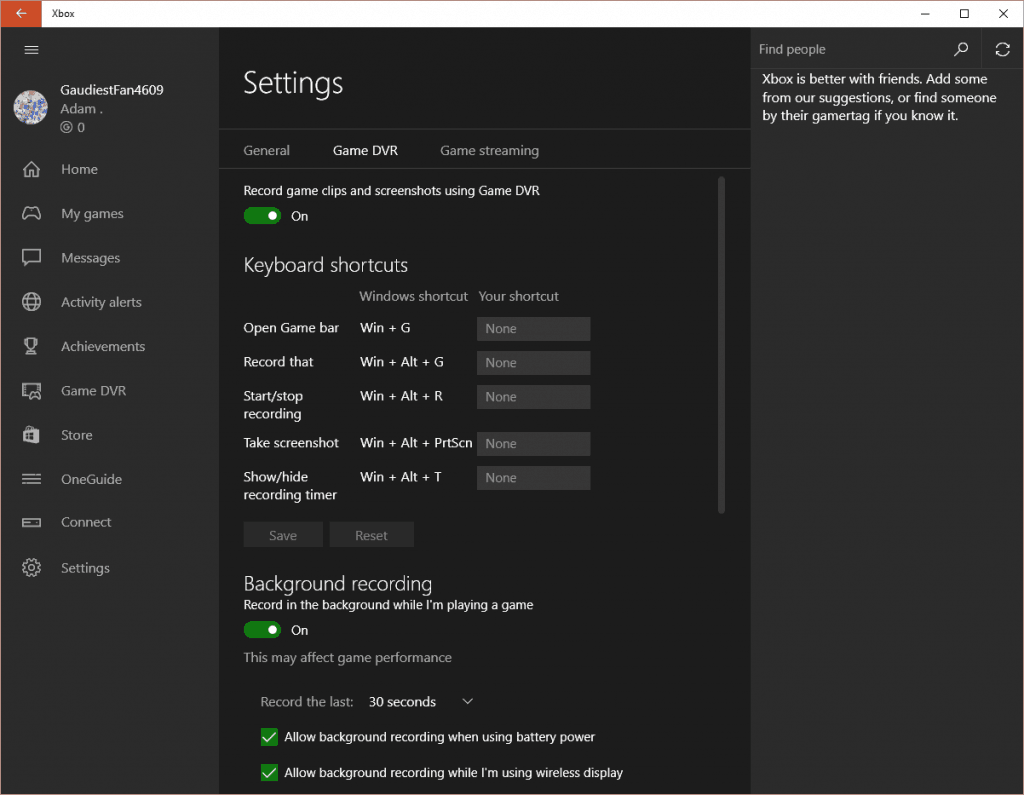 This menu will let you set custom shortcuts for everything I mentioned above and it will also allow you to customize your game recordings. For example, the recording feature will automatically record audio as wel but if you do not want that then you can disable it from the Settings. You can also choose to change the quality of the recording as well as set a different location for your captures. An external hard drive might be a good idea if you are planning on recording long sessions of gameplay as they will take quite a lot of space.

Open the Game Bar in any app 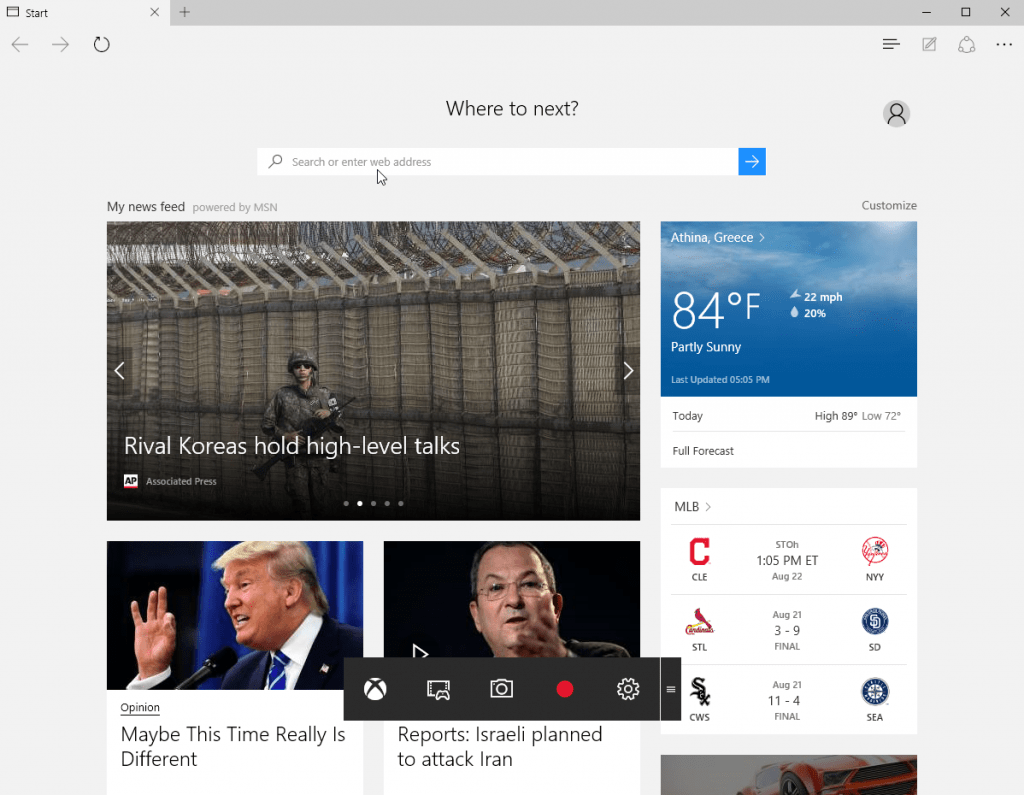 Though the Game Bar is supposed to be used for, well, gaming purposes, it can actually be used in any app. Just press the WinKey + G combination and Windows will ask if you really want to open the Game Bar. The way this works is that Windows will set that specific app as a game so you can easily record tutorials or whatever else you want without resorting to a third-party tool. Pretty cool if you ask me.