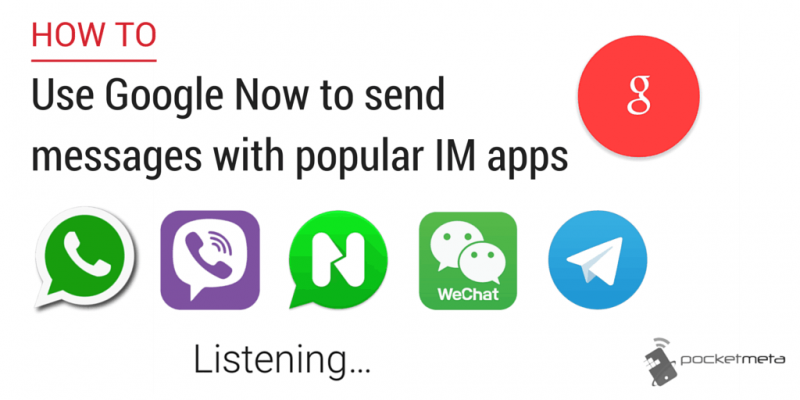 At the end of last month Google Now received an update that allows us to send messages with some of the most popular IM apps such as WhatsApp and Viber using voice commands. Some might feel weird talking to their phones on a crowded street, but the ability to dictate messages instead of typing them can definitely be useful when your hands are full – e.g.: while driving.

Before the update, Google Now allowed us to send SMS, Hangouts and email messages. Presently, a number of third-party IM apps are supported as well, specifically WhatsApp, Viber, WeChat, Telegram and NextPlus.

We recommend you properly set up Google Now, if you want to make the most out of it, but in order to send messages via the above mentioned apps, it works right out of the box. With that said, you only have to go through a few simple steps to give your thumbs a rest and dictate messages instead.

Locate the Google Search Bar (likely on your homescreen). Google Now is built into devices running Android 4.1 so the search bar should have the ‘Ok, Google’ text and the mic icon on the right side as pictured below:

Tap on the mic, or say ‘Ok Google’ to launch it. When the app is listening say 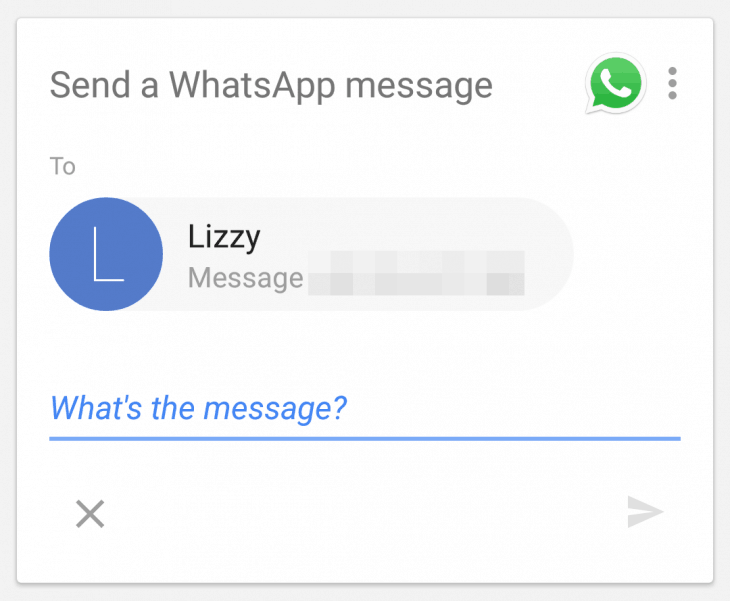 Once you do that, it will open a dialog and now you can dictate the message itself. 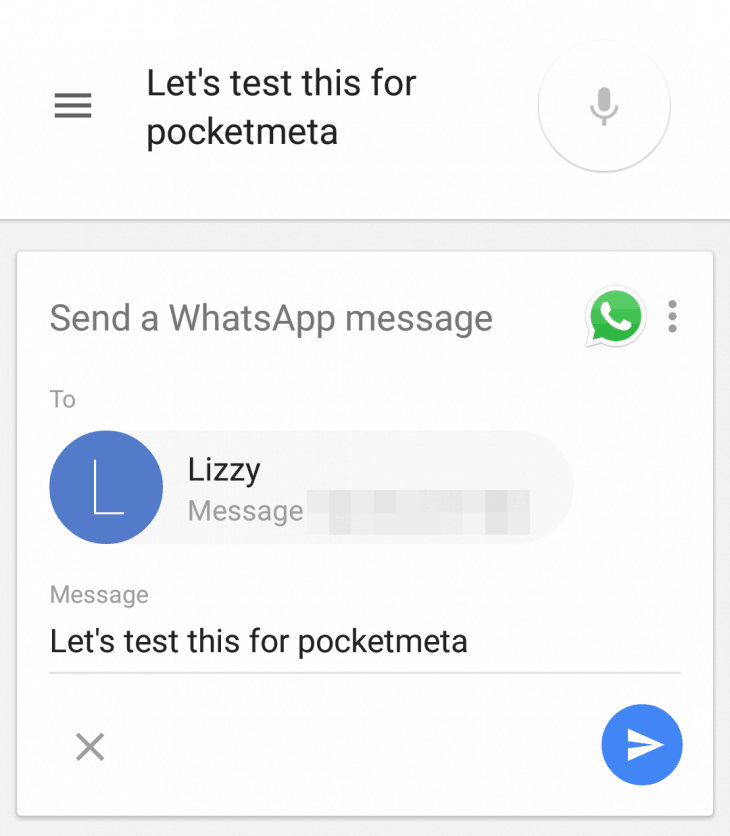 We don’t always make the best word choices on the first try so if you want to rephrase your message simply say ‘Edit message’. The app will delete the text and then you can say the new message.

You might change your mind completely while you’re in the middle of it, so in that case simply say ‘Cancel message’ and it will be automatically deleted. 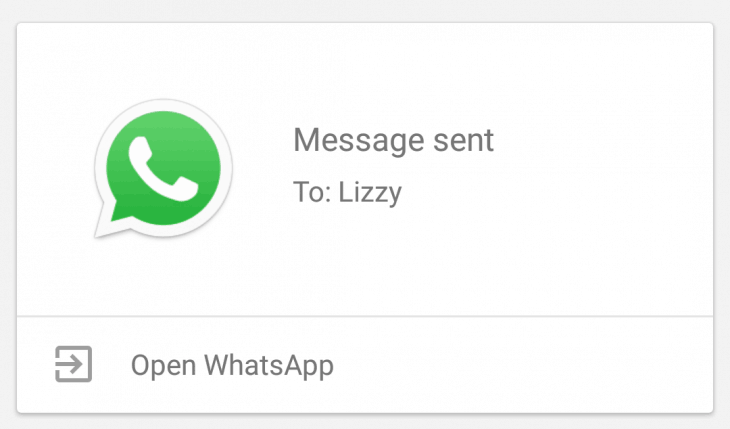 As soon as you finish dictating the message, the app will ask if you want to send it. Reply with a ‘yes’ (alternatively you can tap the arrow button) or a ‘no’. The second option won’t delete the message though, you’ll still have to give the ‘cancel message’ command for that.

Once the message is sent, Google Now will display a confirmation dialog, from where you can open the messaging app you just used.

Have you ever used Google Now with third-party IM apps? What other apps you’d like to be supported?

Visit our Android guides section for more handy tips, tricks and how tos and don’t forget to follow us on Facebook, Twitter, Pinterest and Google+ to receive our latest news and apps & games reviews for Android, iOS and Windows Phone !