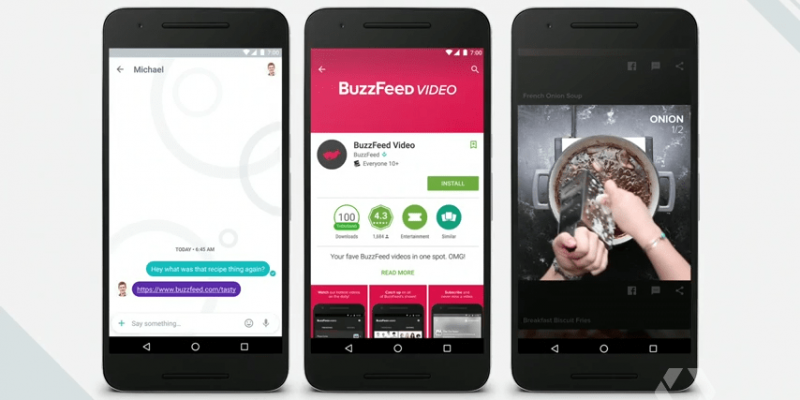 Google announced Instant Apps at their I/O conference last year, but only started implementing them at the end of January. Instant Apps enables you to use a cloud-based version of the app without having to install it on your device. Assuming the new feature has reached your device keep reading to learn how to use Google’s Instant Apps.

So why should you try them? Well, Instant Apps are perfect for occasionally using an app without having to install it, thus keeping your Android device clutter-free. They will also let companies provide app demos to users without forcing them to go through the install process just for a quick test.

At the moment, Instant Apps haven’t rolled out to all Android users, so if you don’t find the settings mentioned below, you might need to wait a bit longer.

How to use Google’s Instant Apps on your Android

Before you can actually try an Instant App you will first need to enable this feature on your Android phone or tablet. 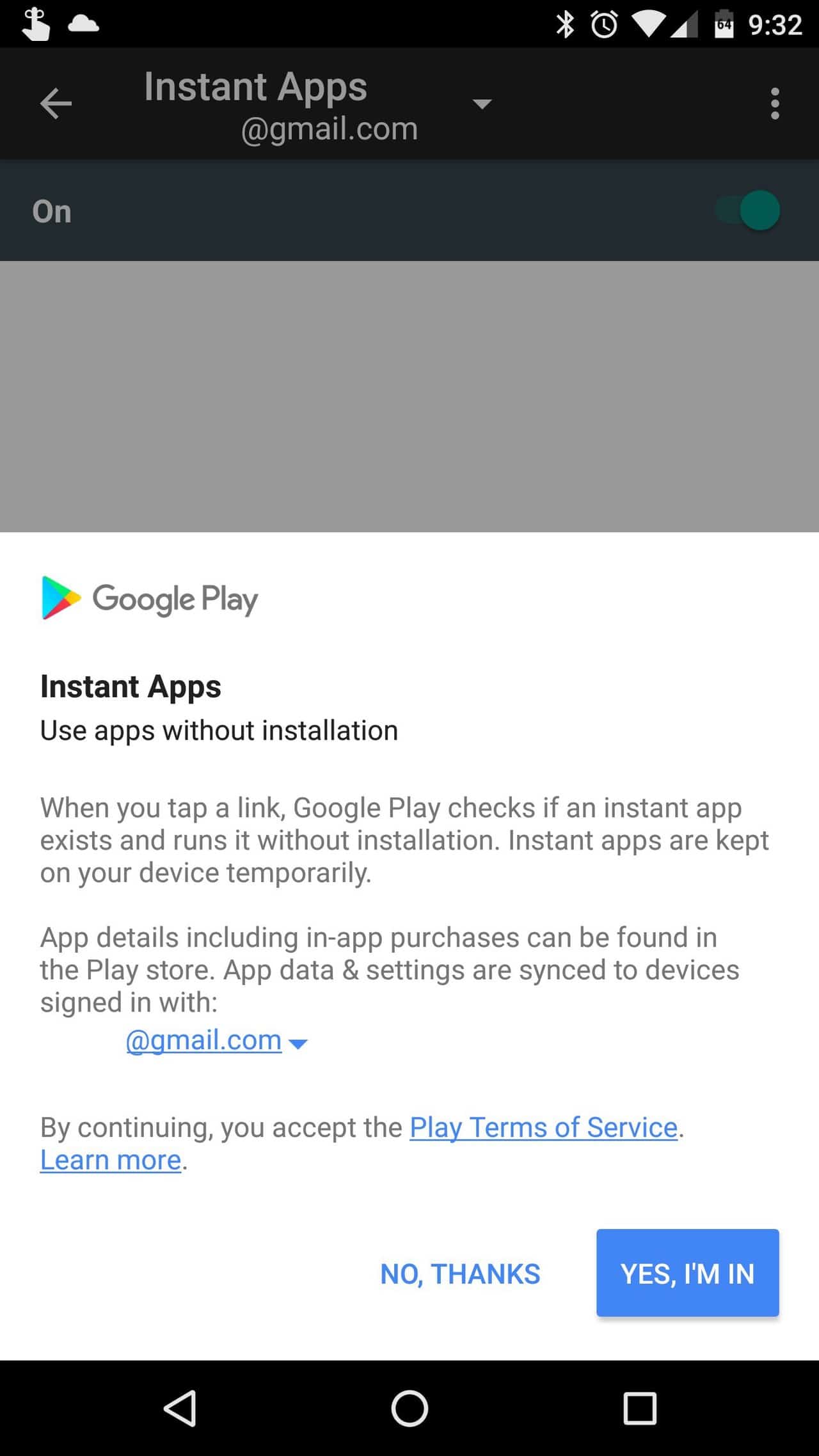 Open the Settings app and go to Google -> Instant Apps. The ‘Instant Apps’ category is normally located in the Personal section so if you don’t have it this means it’s not available for your device just yet.

Toggle on the switch for the feature and an information card will appear, prompting you to confirm your choice. Once you read the details (if you want to, that is) tap on ‘Yes, I’m in’ so you can start using Instant Apps.

Right now, the Instant Apps list is very small. Only Buzzfeed, Wish, Periscope and Viki provide support, but you can at least give it a try to see how it works.

To use an Instant App, search one of the currently supported ones via Google and tap on the result that has ‘Instant’ in the subtitle. Tap ‘Open App’ on the following screen.

It will quickly load and you will be able to use it like any other app you’ve installed via the Google Play Store on your device. 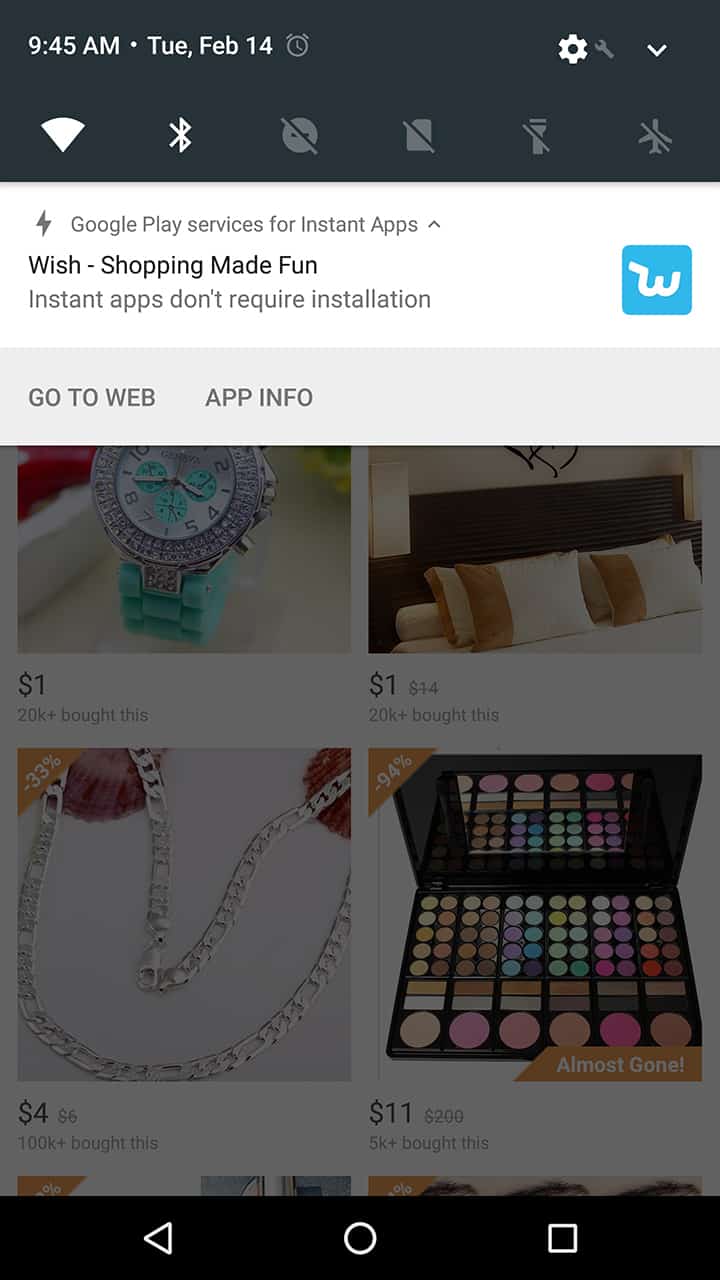 In case you find the app useful, you can quickly install it by pulling down the notification drawer and tapping on ‘App info’. You will be taken to the Instant App Info screen from where you can either install it or clear app data.

Have you tried to use Google’s Instant apps on your Android and do plan on using them often once more developers get on board?